Sorry Laura, it's mine now!

Reggie Jackson is one of the players that I really want to get his base Topps card from every year, but I also collet his other cards as well.

In the stack of cards on my desk were just two Reggie Jackson cards, well one card and one booklet.

The card is a 2019 Allen & Ginter card featuring Jackson in an Angels uniform. On a related note, if anyone has a 1971, 1972, or 1980 Topps base Reggie Jackson card and you want to make me really happy, you would send me a a copy. I mean, my birthday is in a couple of days. 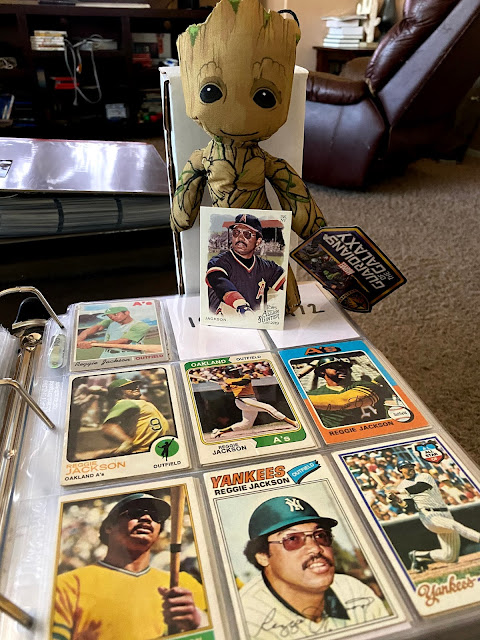 The booklet is from 1970 Topps and was apparently owned by a Laura before me. 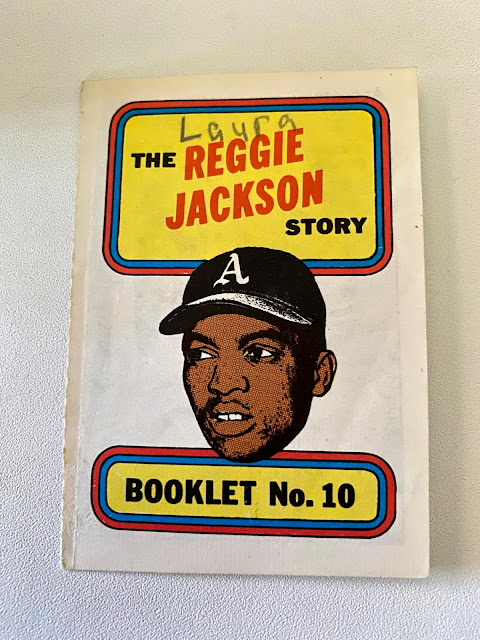 Laura used a pencil to mark her property, so I was able to use an eraser to remove her claim to the booklet. As you can see, it didn't go so well. Although I will say that her name shows up more in the picture than in person. 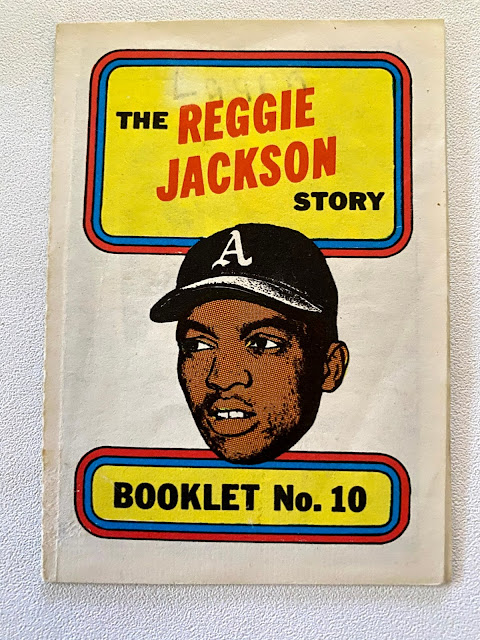 So I did the next best thing and put my name over Laura. Problem solved! 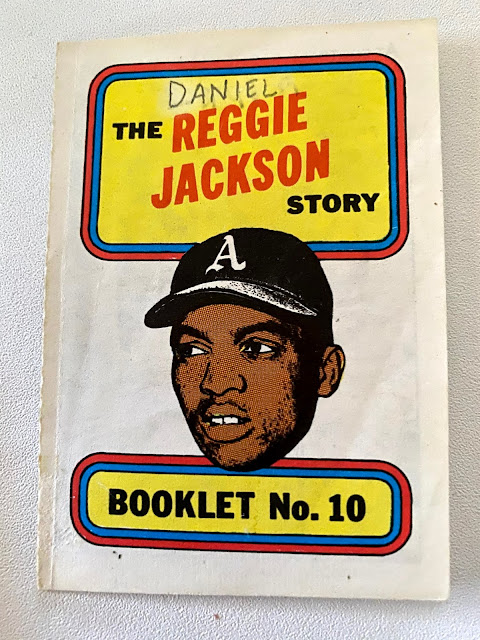 I only spent 10 cents on it, so I might as well enjoy it. How about you? Have you ever written on a baseball card before?
Posted by Daniel Wilson at 5:00 AM