I know I have featured this card on my blog before, but now it has some friends.

The first card featuring a big glove is one I think most of us are familiar with and that is the 1986 Fleer Mickey Hatcher card. 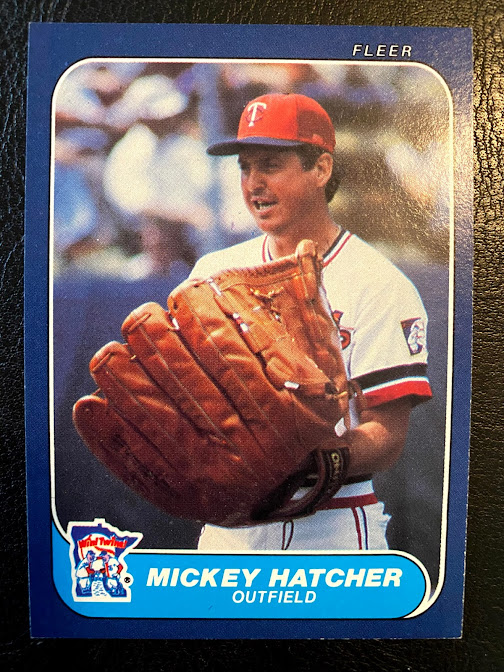 The next card that I am aware of to feature a big glove another Mickey Hatcher card, but this time is is 1991 Upper Deck. From what I could find, Hatcher took ownership of the glove after it turned up at Spring training back in 1986 and he carried it with him often and enjoyed posing with it, so I'm surprised there aren't more cards featuring it, but although it is the same brand, Mizuno, it does not appear that the glove on the 1991 Upper Deck card is the same glove that appeared on the 1986 Fleer card. 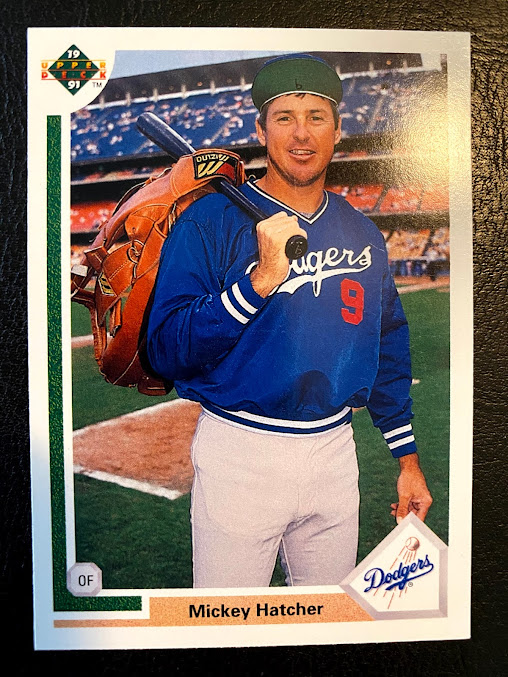 As far as I can tell, another big glove did not show up on another baseball card for 5 years when pitcher Juan Guzman was captured with a big glove, presumably during a spring training stretching session. 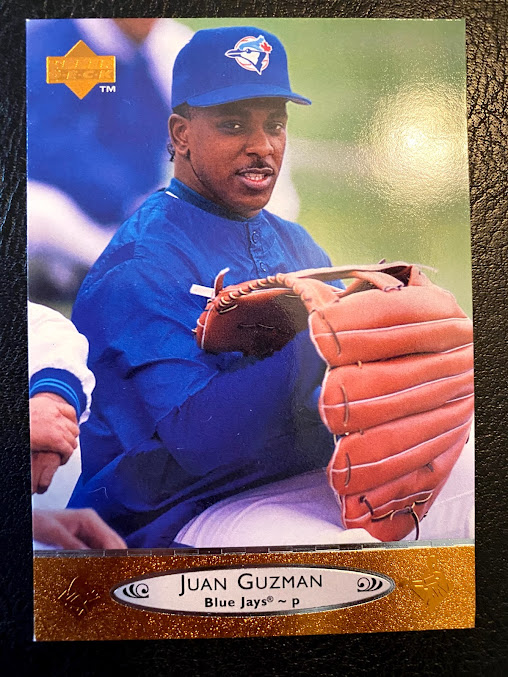 2004 would bring us two different big glove cards. The glove on this 2004 Upper Deck Joe Randa card is big, but not as big as the gloves featured on the Hatcher and Guzman cards. 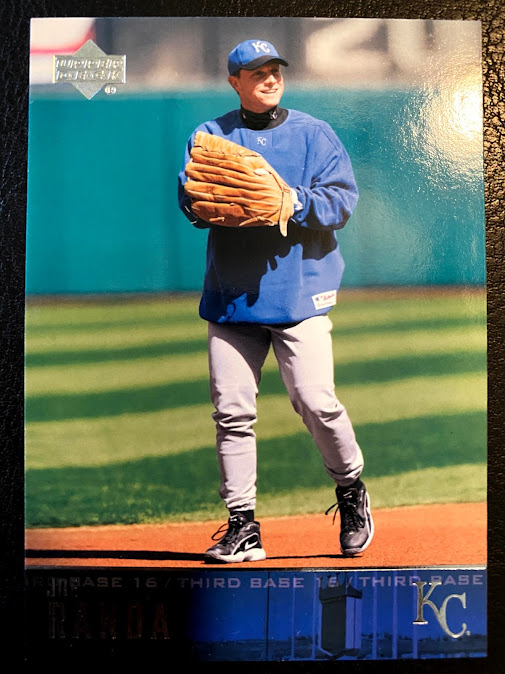 This 2004 Topps Jason Michaels card though, may feature the same glove that Guzman had, although the colors are slightly off, but they very similar. 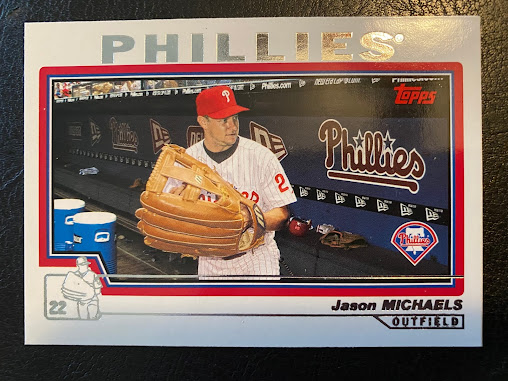 Okay, blog-o-sphere, what other big gloves on cardboard am I missing?