Crack Jack has a long history with baseball cards, but it's sparse. They produced cards in 1914 and 1915, then they produced a two panel set of 16 cards featuring some baseball greats in connection with the Old Timers Game at RFK stadium in 1982. It would be almost a decade before they featured baseball cards again in 1991 and 1992. No cards since. I think it's about time for more Cracker Jack baseball cards.

These 1982 Cracker Jack panels were part of a collection I bought last year. 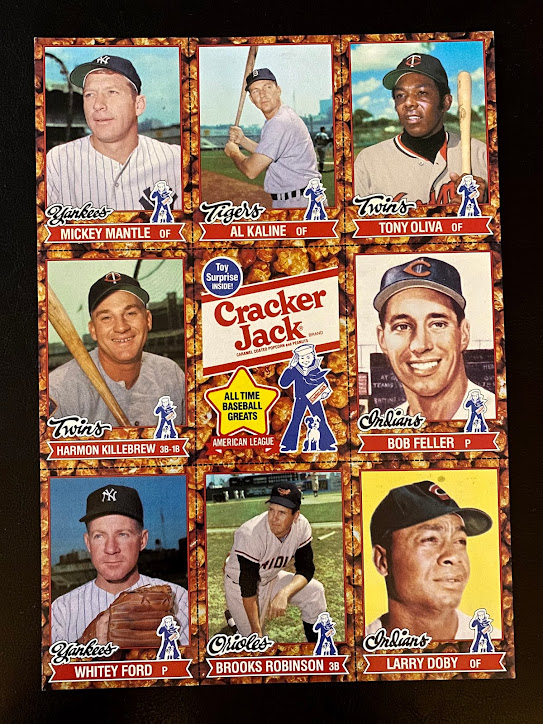 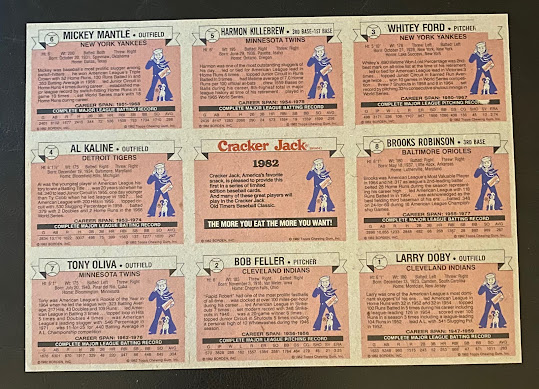 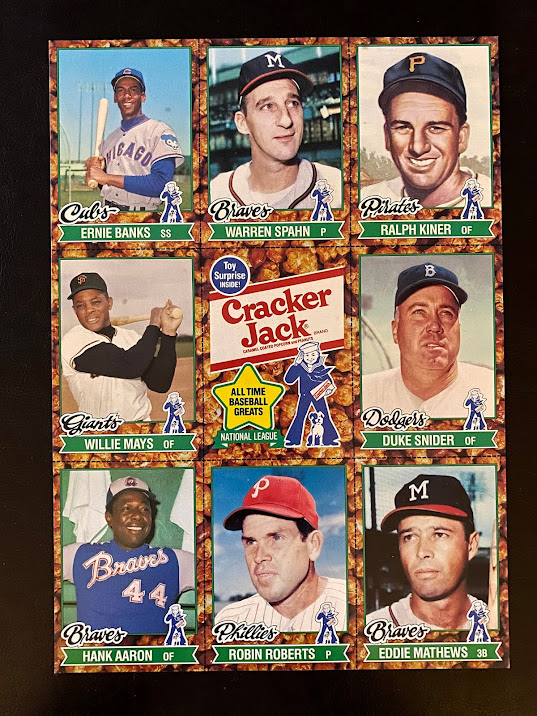 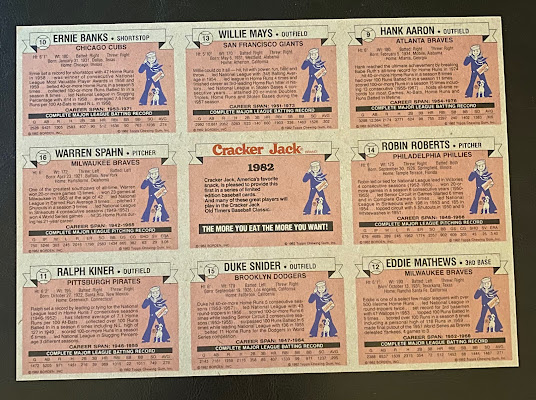