I want to organize my collection. I really do. My problem is that I buy cards faster than I can organize them. It's a product of my quantity over quality mentality that I tend to have when it comes to collecting. I also tend to want to collect almost everything, so that is a problem as well.

I have been posting some oddball cards recently and I'm in the process of making some trades to try to complete some of those oddball sets, which is great, but this morning I came across a few oddball cards in a stack of cards I have that need to be organized. One of the cards is this 1990 Post Wade Boggs card. I need it for the set. it's also one of the cards I was offered as part of a trade from bbcardz. I've got to get better organized. 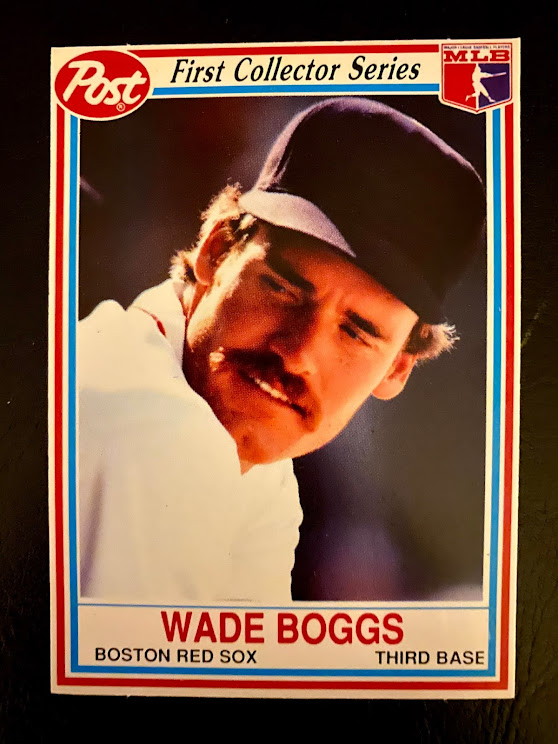 Here are the other oddball cards that I came across this morning. They are from the 1993 Dennys set. Yep, I'm collecting all the Denny's sets as well. 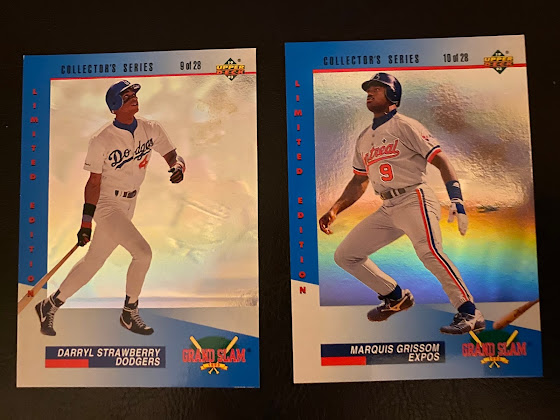 Here is where I stand for the Denny's sets as far as needs.

I've got lots of duplicates from the 1997 set and a few others. It would probably be easier to just pick up the sets off eBay, but I'm not in any hurry, so I'll pick them up in dime boxes as I come across them or if you have any I need and you want to trade, just let me know.

Okay, now it's off to a card show to pick up more randomness that I won't be able to get organized fast enough.

Posted by Daniel Wilson at 6:45 AM