I've been organizing my collection quite a bit recently and much of that has been going through cards from a couple of different collections that I bought last year.
One of the collections had starter sets of 1971 and 1973 Topps. It also included 23 out of 24 1970 Topps Booklets, but not a single card from 1970 Topps. The one missing card, I mean booklet, was #24, Willie Mays.
One of the other collections that I bought contained a starter set of 1970 Topps, so these will go nicely with that set once I finish it.
I know it's only a 24 card set, but I can't recall ever finishing off a set with the last card from the set. 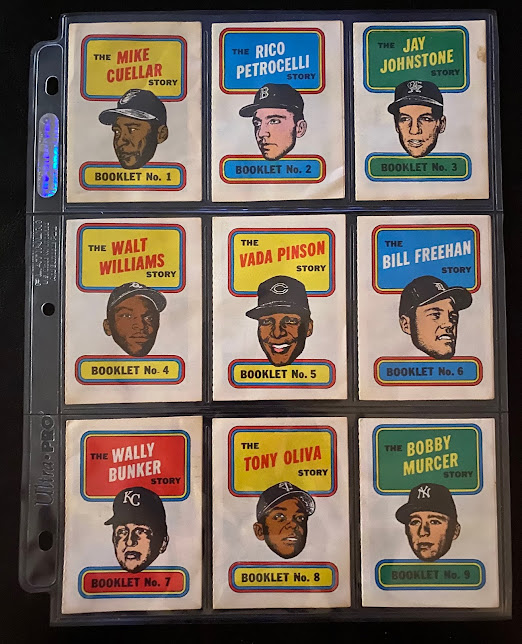 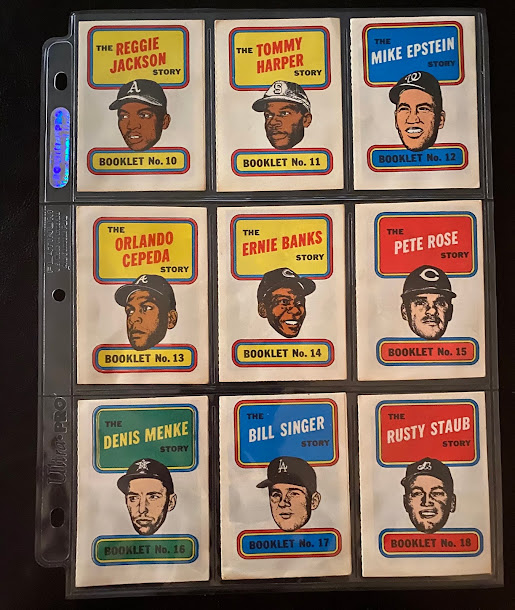 I wanted to document each booklet in its entirety, but the binding makes the last two pages nearly impossible to scan or even photograph effectively without causing significant damage. 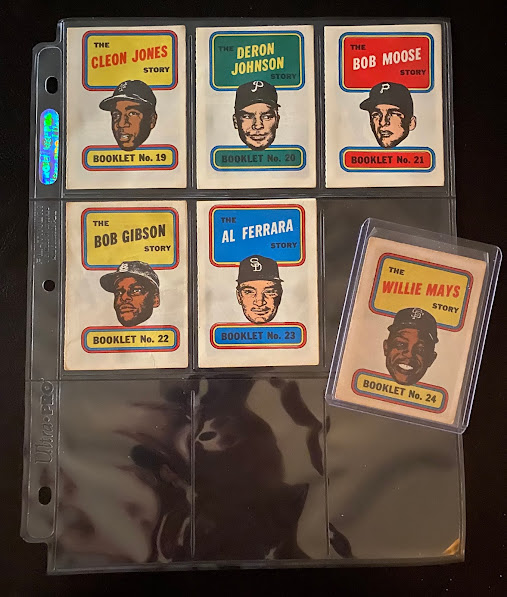 My question for you is, what were the first Topps inserts? The furthest back I am aware of is the 1965 Embossed cards. Was there anything earlier?
Posted by Daniel Wilson at 3:00 AM