A week or so ago I found this 1981 Topps Coca-Cola Kent Tekulve card in a dime box at a card shop and picked it up. I don't think I have any other 1981 Coca-Cola cards and I don't think I'm alone in having a soft spot for Tekulve. 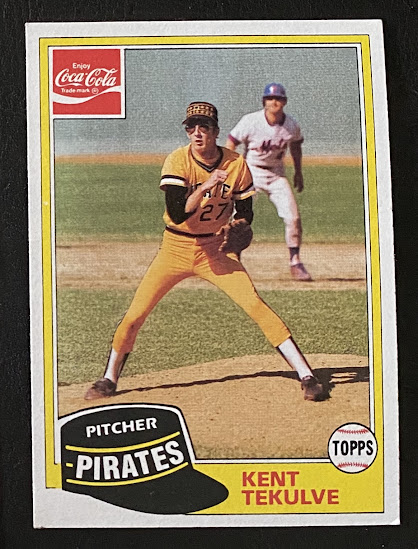 On a subsequent trip to the card shop I noticed that they had packs of 1981 Topps Coca-Cola Pirates for 95 cents and I decided I would pick up a pack or two the next time I went. When I went to get the 1954 Bowman set at the shop on Veterans Day I was looking around and on a different shelf I found this. 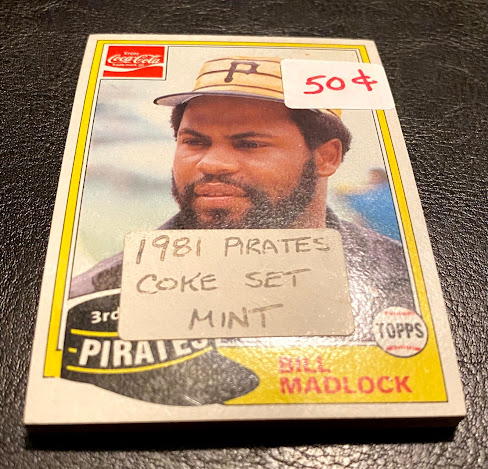 Whoever wrapped this up and labeled it referred to the Coca-Cola set as a Coke set. Likely to save room on the label, but maybe its a play on the Pittsburgh drug trials which would take place a few years after this set was produced. but only Dave Parker was the only player in the set that was part of those proceedings. My guess though is that it's just because nobody says Coca-Cola. Everybody just says Coke. 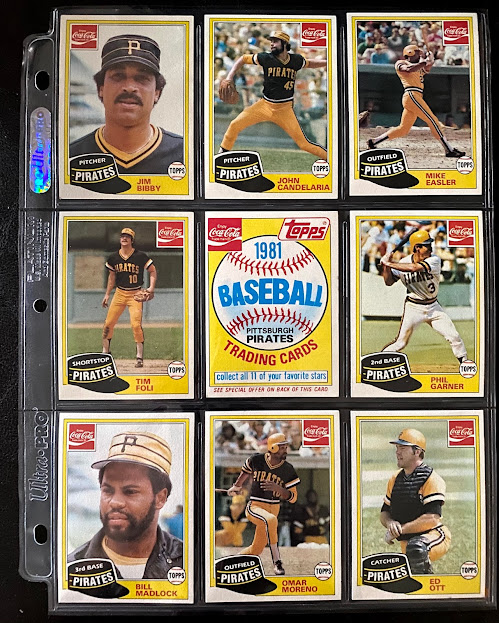 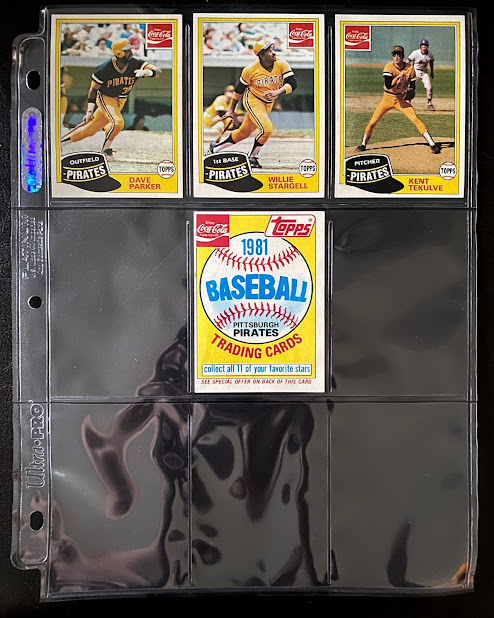 Complete set including two header cards for 50 cents. Lots of star power on this Pirates team. Bill Madlock, Dave Parker, and Willie Stargell. I wish they had the other teams.
A couple of questions for everyone out there. I was born in 1981, so how were these distributed? Anybody have this or any of the other teams? Do you ever refer to it as Coca-Cola or just Coke?
Posted by Daniel Wilson at 2:00 AM