I listen pretty regularly to a few baseball card podcasts and I recently came across the Dr. James Beckett Sports Card Insights podcast and I've been listening to it while I've been working in my card room. I really enjoy it and think that most everyone reading this would probably enjoy it as well.
All his episodes are 15 minutes or less and he talks a lot about his early days in the hobby before starting the Beckett price guide, his time running Beckett publications, and his time since selling his company back in 2005 or 2006 as not much more than a collector. He browses quarter boxes at card shows and sells on come.com. He does a lot of interviews with people in the hobby. It's good stuff.
My card shop has a copy of Beckett issue #1 hanging up, but it's not for sale.I see it every time I'm there and between that and listening to the podcast, I started looking for a copy of issue #1 for myself. They are available on eBay, but are pricey. There is a reprint however from 2001 that can be had for about $5 and so I picked that up.
Here is the front cover. You can see where it says Reprint 2001 under $2.50. In one of the podcasts Jim mentions why he picked these two cards for the cover. He wanted to feature two cards representing both older and newer players/cards. Clemente was his all-time favorite player and so he represented the older players/cards and he thought Dale Murphy was one of the hot current players at that time, which makes sense since he had won back to back MVP awards in 1982 and 1983, so he choose his rookie card to represent new players/cards. 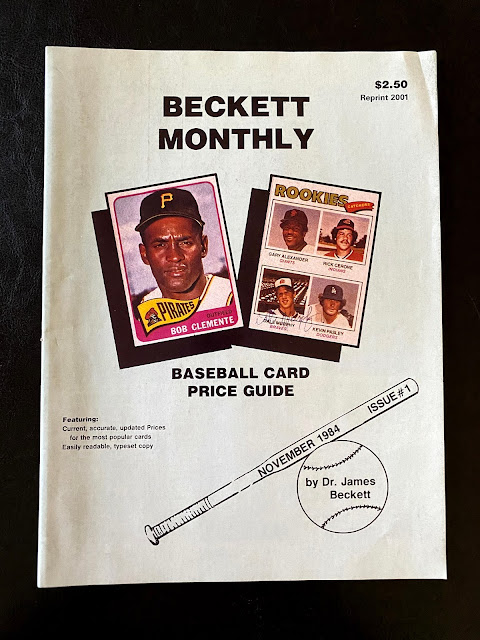 Here is the back cover. 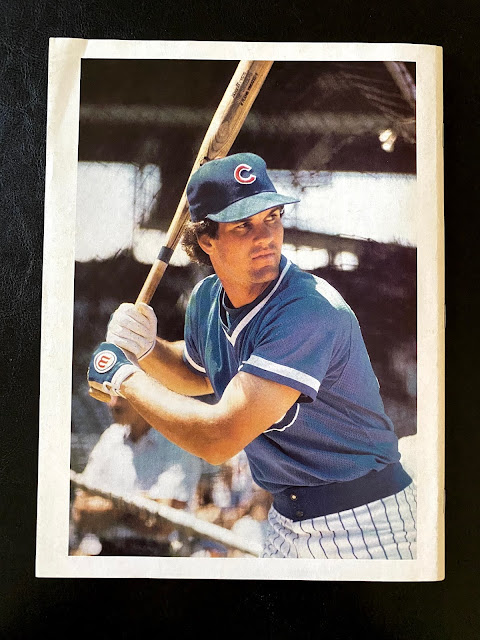 I have seen the cover before, but I don't recall ever seeing inside, so I wasn't quite sure what to expect. This is from November 1984, so I was only 3 years old at the time it was originally issued.
The inside cover has some information about the magazine, cards in general (things like buying and selling, condition, etc.) and some information on how prices were determined. 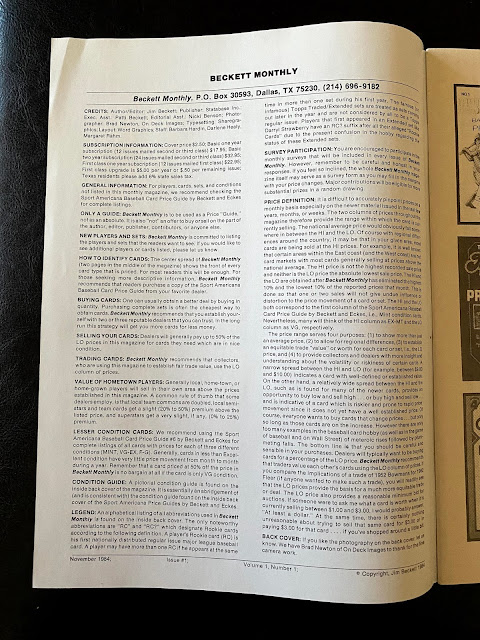 The next page features a letter from Jim Beckett introducing himself and the magazine, with pictures of the Sports Americana price guide books he had published as early as 1979. 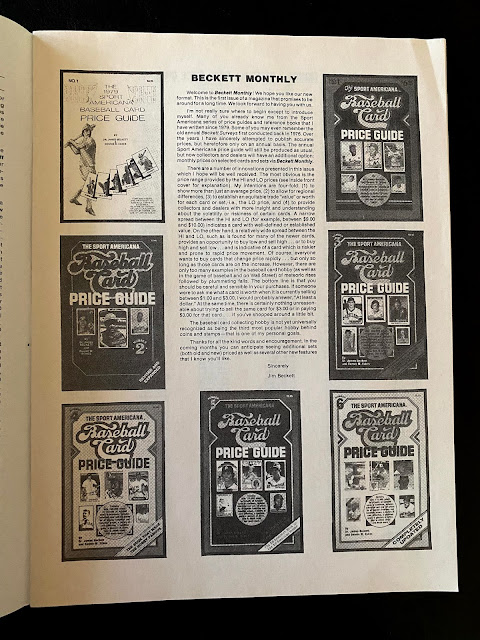 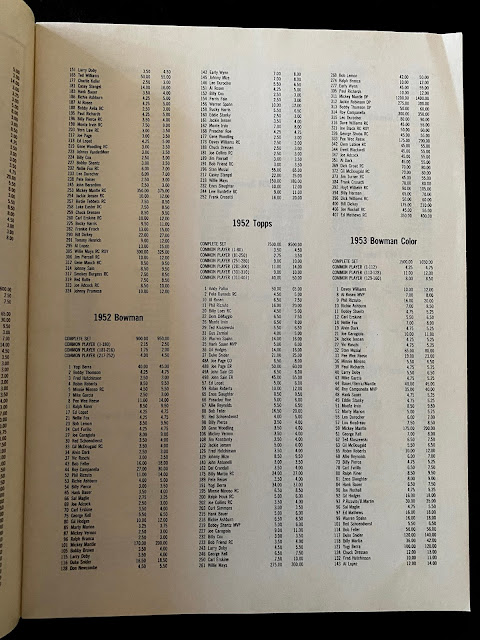 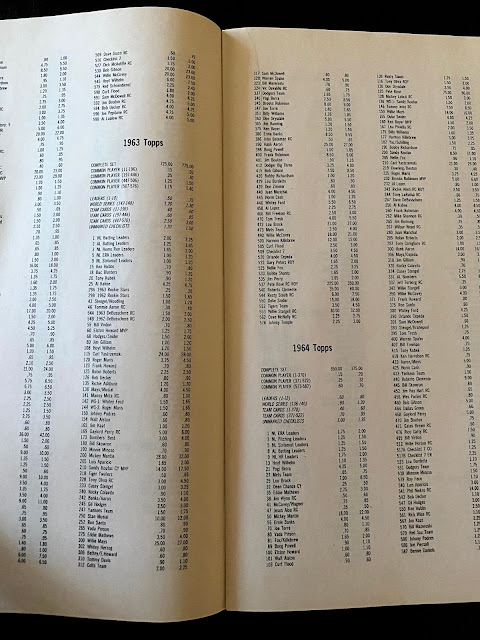 Here are the center pages of the magazine. It is black and white photos of what is supposed to be a card from every set that is priced in the magazine, but although 1960, 1961, and 1963 Fleer are showcased below, those sets are not in the actual price guide.
As soon as I saw this page, I thought "New collecting goal!" So I will be looking to see how many of these cards I already own and then will start tracking down the others. 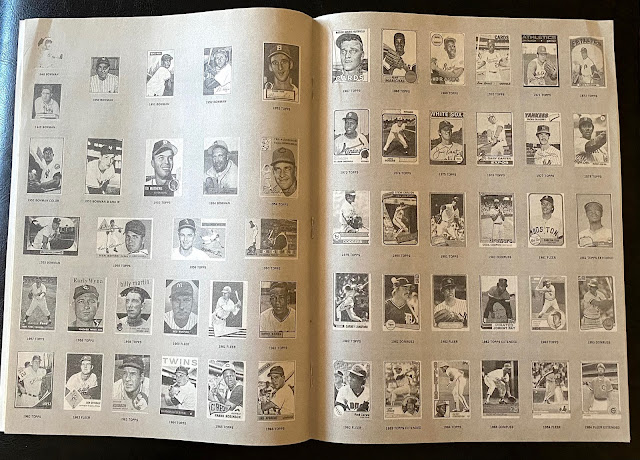 The price guide section ends with 1984 Donruss, Fleer, and Topps and then there are just a few additional pages.
The Readers Write section which is just Hot and Cold lists. Ryne Sandberg is on nearly every Hot list, while Darryl Strawberry frequents many of theHot and Cold lists.
There are some names on here that are very interesting. Like "84T Bobby Meacham" is on one Hot list, while another features "55T 151-160" 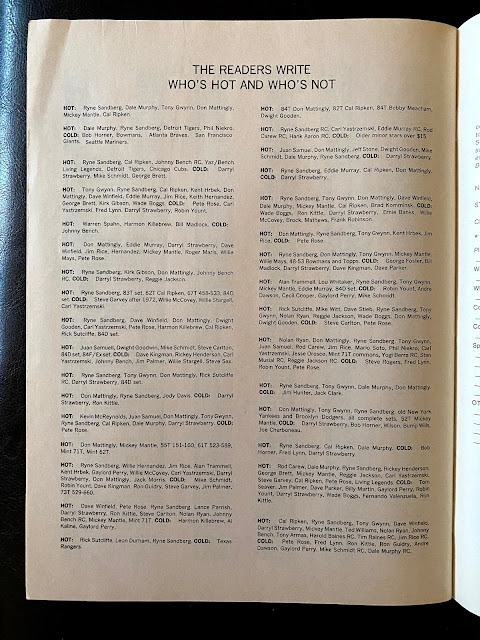 The next page is a survey form, so that you too could provide your own Hot and Cold lists and other feedback about the hobby. In all my years of reading Beckett magazine, I don't think I every sent in a survey. How about you? Did you every send in the survey to Beckett magazine? If you did, were you ever selected as a winner? 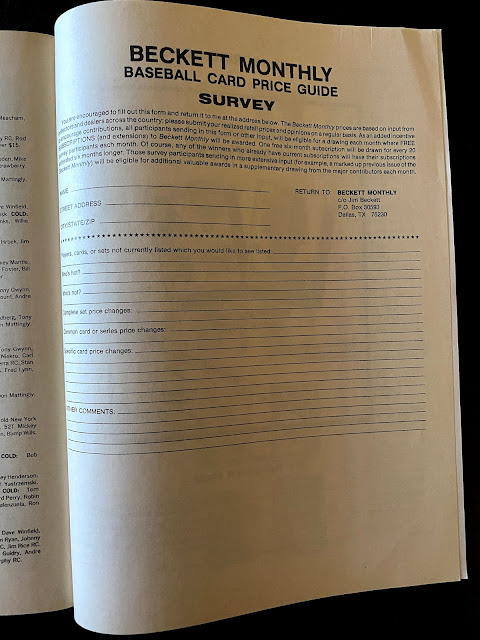 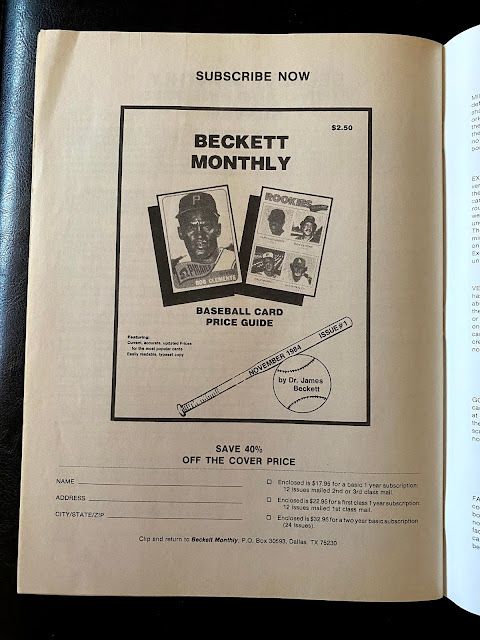 The inside of the back cover has a Condition Guide and a Legend. 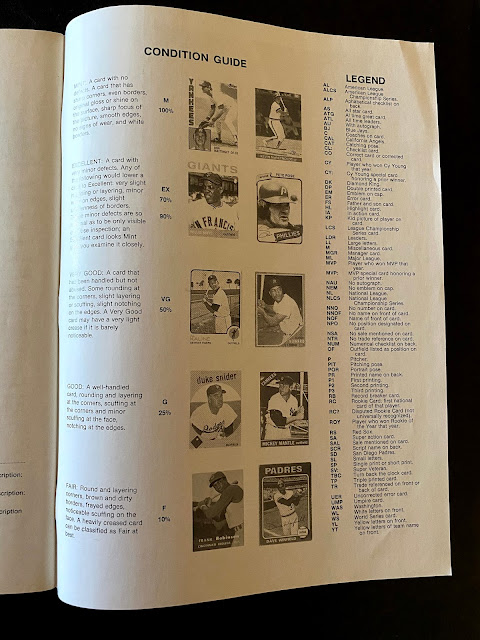 A couple of questions for you. Were you collecting in 1984? Have you ever owned the original of issue #1 of Beckett magazine? What do you think of this issue? Have you listened to Dr. James Becketts Sports Card Insights podcast?
Posted by Daniel Wilson at 5:51 AM