Over the past few years I have been drawn to collecting rookie cards of Hall of Famers. Some are cards I dreamed of owning as a kid. Most of the time, finding them in lower condition has allowed me to be able to make the purchase. Sometimes they are still pricey. The most money I have ever spent on a single card was $225 for a 1954 Topps Hank Aaron rookie card. I spent 3 digits on a 1968 Topps Nolan Ryan rookie as well. But I've found that most Hall of Fame rookie cards can be found at reasonable prices. Even cards from the 1950's and 60's can be found for $10 or less, depending on the player, or in this case the manger.
Here is a 1959 Topps George Anderson rookie card. George would only spend one year in the major leagues as a player; 1959. In 152 games he would bat .218 with 34 RBI and 0 home runs.The crazy part to me is that he played in 152 games out of 154, but then never saw more playing time at the big league level. He would spend the next 4 seasons in Triple-A trying to make it back, but never did. In 1964 he would begin his managing career that would ultimately lead to his enshrinement into Cooperstown as he would lead the Reds to two titles and the Tigers to one as Sparky Anderson. 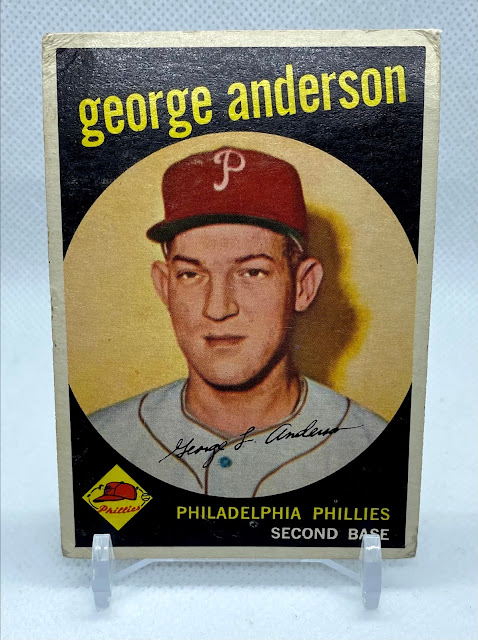 You can see that the condition isn't great, but it is centered nicely and I was able to put in a best offer and get it for $8 shipped off eBay, so I'm happy to add the rookie card of this Hall of Famer to my collection. 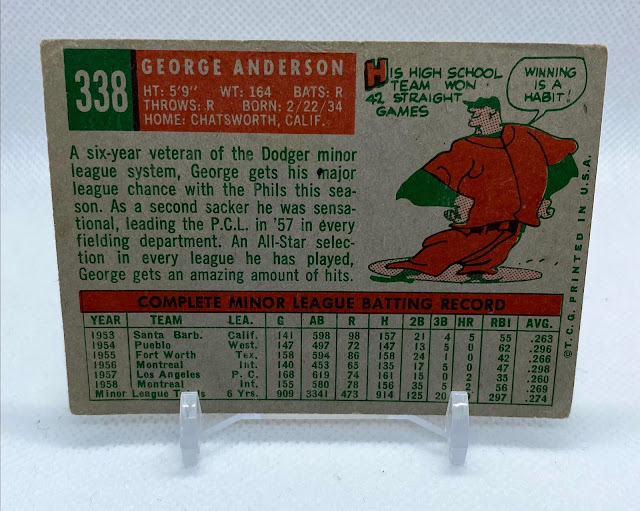 Another recent purchase is this light box. I have a lot of issues with lighting in my house when I try to take pictures for the blog. I think it's because most of the time I am doing it in the early hours of the morning when it's still dark. I've see multiple collectors using these recently for taking photos of cards and so I purchased one on Amazon. The two photos above were taken using the light box. Let me know what you think of the photo quality. 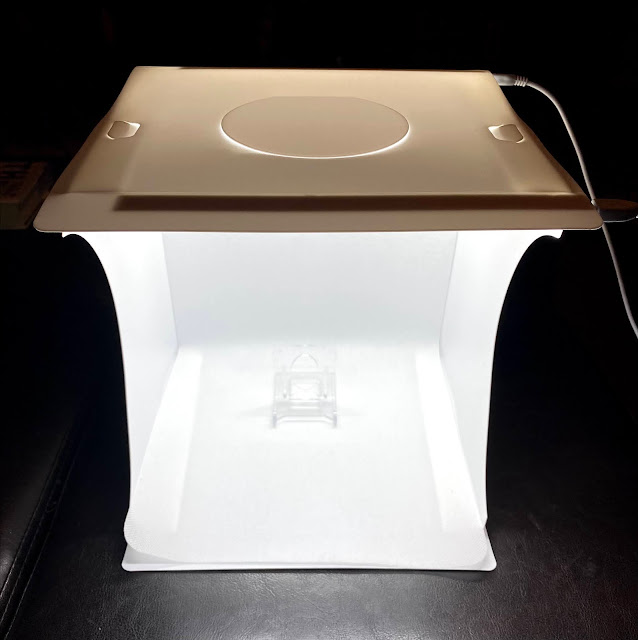 Personally I had hoped the photos would turn out better. Maybe I'm doing something wrong. I'm not sure. They don't look horrible, but I feel like they could be better. Let me know if you have any tips or tricks on using a light box.
Posted by Daniel Wilson at 3:00 AM