Yesterday I attended a card show in Phoenix. I had never been to this particular show before. Honestly, I doubt I will be back. I posted this on Twitter to recap my experience. 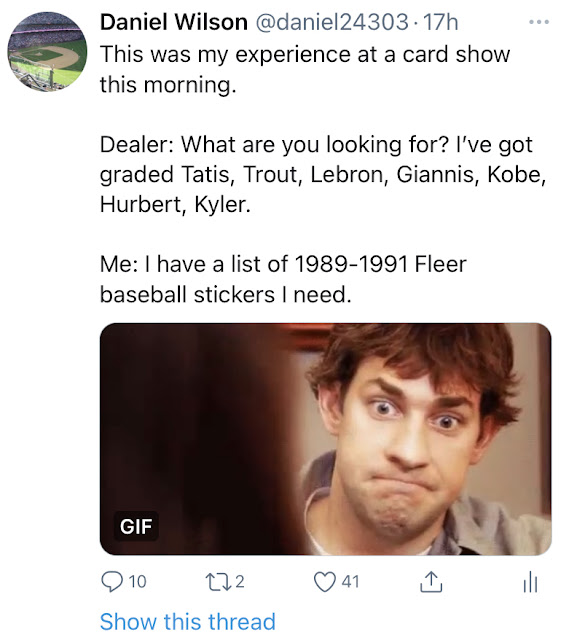 While this particular exchange never actually took place. This is certainly how I felt. There was very little vintage and even less from the 80's and 90's. Most everything was modern and the majority was graded. There were a couple of boxes with dollar cards, but there was not a single quarter box to be found. The shows that I enjoy attending always have a plethora of quarter boxes and usually some dime boxes.
I have a couple of other observations that I want to share.
1) The show was well attended. I got their about 30 minutes after it opened and it was packed and stayed that way the entire time I was there.
2) More women at the show than I am used to seeing at card shows. Many were helping their significant other as a dealer, but there were others walking around with their significant other.
3) There was a lot of trading going on between patrons and the dealers.
4) Speaking of trading, everyone was carrying around a briefcase with their graded cards. I've seen a couple people before at shows, but at this particular show, it seemed like everyone had one. 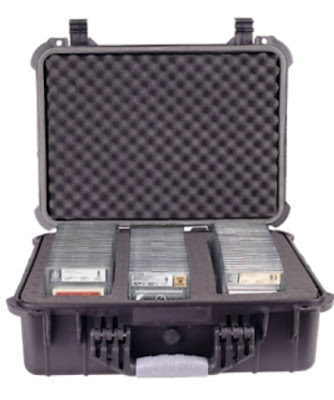 5) Soccer cards are on the rise. I saw people buying soccer cards and talking about soccer cards more than I ever had before.
I asked about a couple of cards. There was an SGC 1.5 Tom Seaver rookie card that I thought might be in my price range. I was wrong. The dealer wanted $750. The Suns are on fire right now, eliminating Lebron James and the Lakers this past week, so I asked about a few Devin Booker rookie cards, but $400 for a PSA 9 Prizm rookie card is not in my budget currently.
I did however pick up two cards at the show. I got them from the same dealer.
I have been watching The Last Dance again with my oldest this past week and as I we watched it reminded me of some of the great basketball that I watched during the 90's as a kid. After each episode I would pull up YouTube and show my son clips of some of the greats that I grew up watching. One such player was Vince Carter. So I know that's the reason why I ended up making this purchase, but that's okay.
I know I have some Vince Carter rookie cards, but I've always liked this one and was happy to add it to my collection. 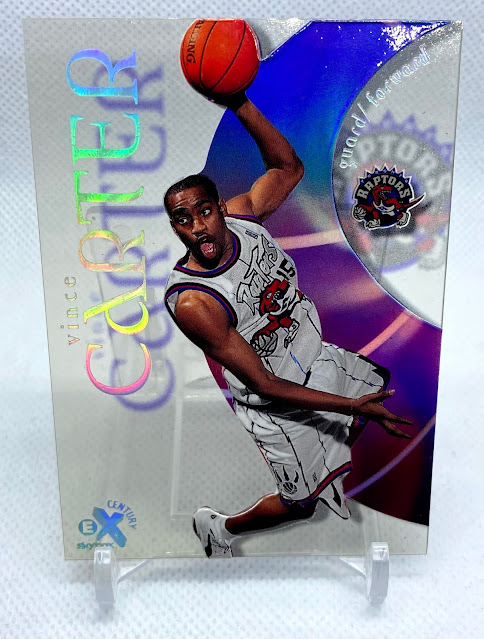 The Carter was in a showcase. I asked about the price and the dealer told me $20. I had found this Andrew McCutchen Topps Chrome rookie card in a $5 box at the same table so I ended up asking if the dealer would do $20 for both cards and the dealer agreed. 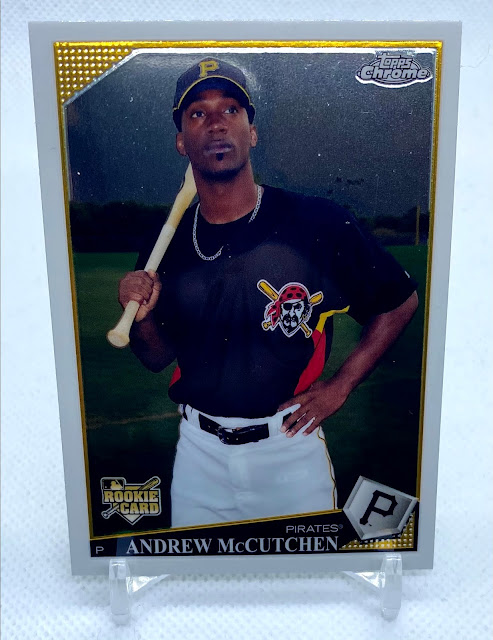 So while I happy with the two cards that I was able to add to my collection, I don't think I will be attending this show again anytime in the near future.
Posted by Daniel Wilson at 7:43 AM