How many players in 1971 weighed less than Larry Bowa?

Yesterday I showed the 1971 Topps Larry Bowa card I picked up for my set for a quarter. One of the things I noticed while looking at the card was how skinny Bowa was. The back revealed that he weighed in at 155 pounds. My question to everyone was how many players would weigh in under 155 from the 1971 set.
There were several guesses ranging from 0 to 42. I went through my set and then double checked the players that I still need. There are only 6 players that are listed at under 155 pounds. There were another 13 players listed right at 155 pounds.
There is an outfielder and then three shortstops and two second baseman. There are a couple of rookies, some familiar names and even a Hall of Famer. 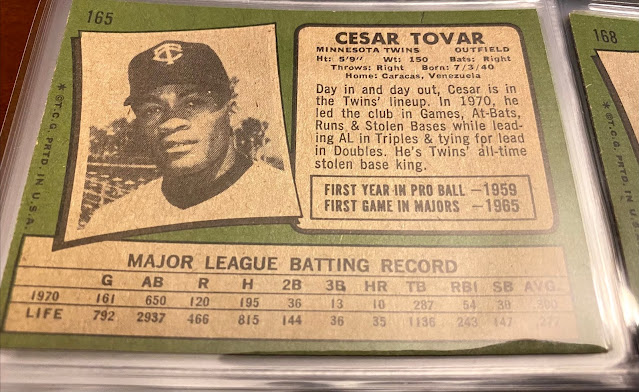 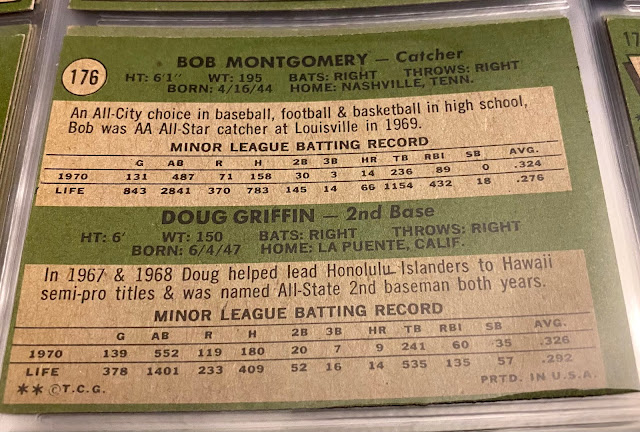 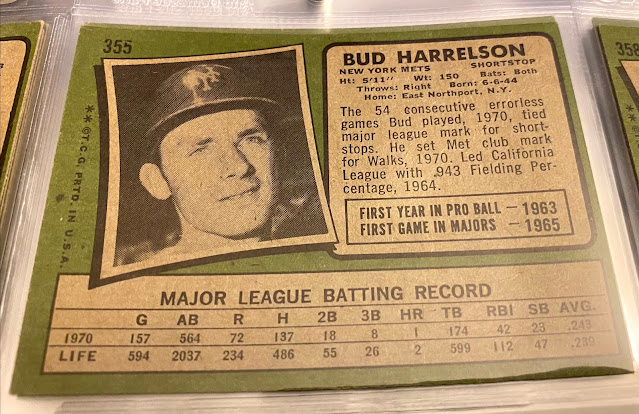 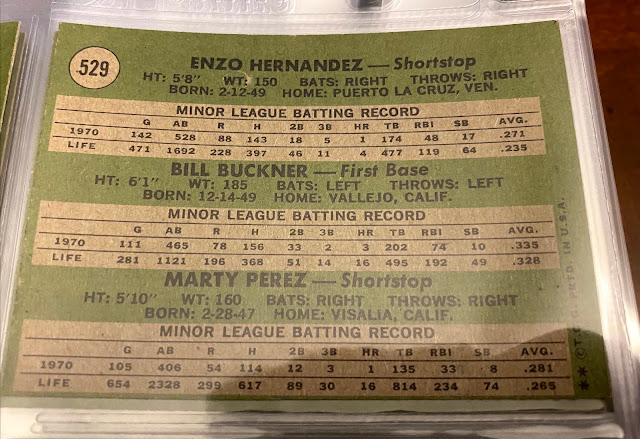 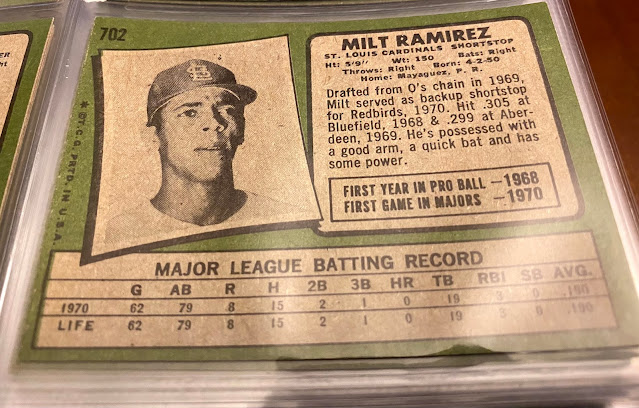 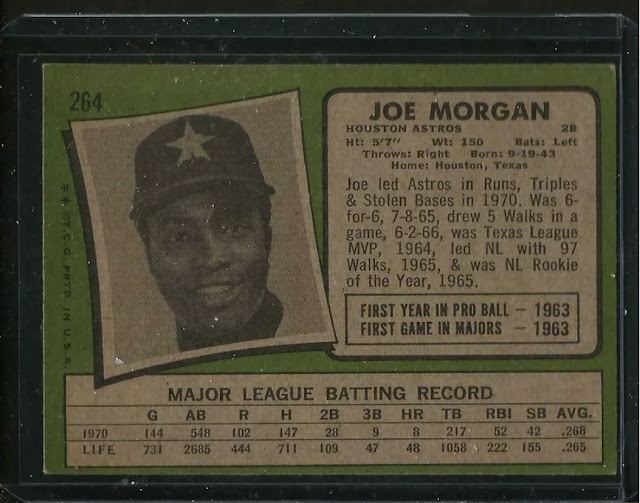 The Joe Morgan is one of the cards I still need for my set, so this picture came courtesy of eBay.
So the smallest player was 150 pounds. How about the biggest? I found two players listed at 250 pounds on the back of their 1971 Topps cards. The 6'7" slugger Frank Howard and another 6'7"player. This time though it is rookie pitcher Buddy Harris of the Astros.
So with the number of players under 155 pounds being 6, it looks like Bo was the closest with his guess of 9. Bo, send me an email to confirm your address and I'll send you a couple of well loved 1971 Topps Hall of Famers.
Posted by Daniel Wilson at 8:37 AM