I love coming across unique relic cards from the late 90's and early 2000's. When they are a bargain, even better! Each of these set me back just $2, the price of a pack of 2018 Topps.

Check out this 2001 Upper Deck Game Ball featuring Rick Ankiel. I didn't even realize until I scanned it that it was hand numbered 073/100 on the bottom right hand corner of the front of the card. 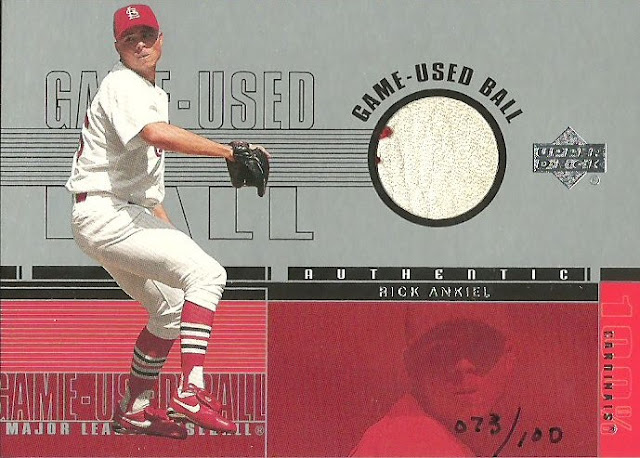 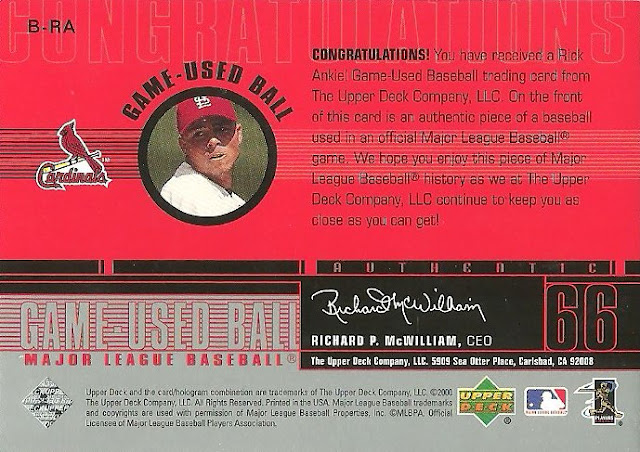 Next up are two different 2001 Playoff Absolute Home Opener Series cards featuring Pedro Martinez and Juan Gonzalez. Both of these are the double version, meaning two pieces of base and are numbered to 200. 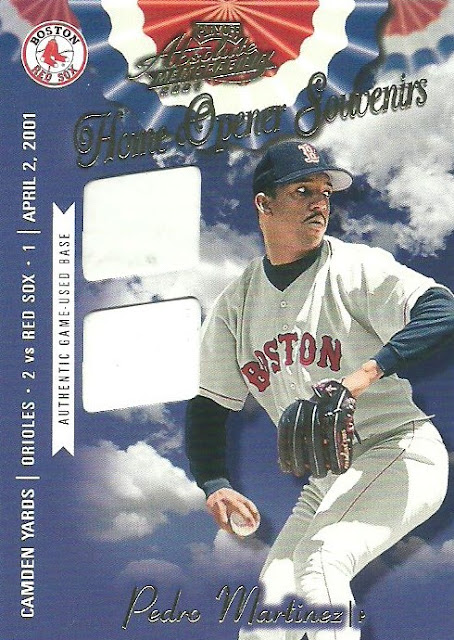 The backs showcase a picture of the actual base and a nice recap of how the featured player performed in the game. 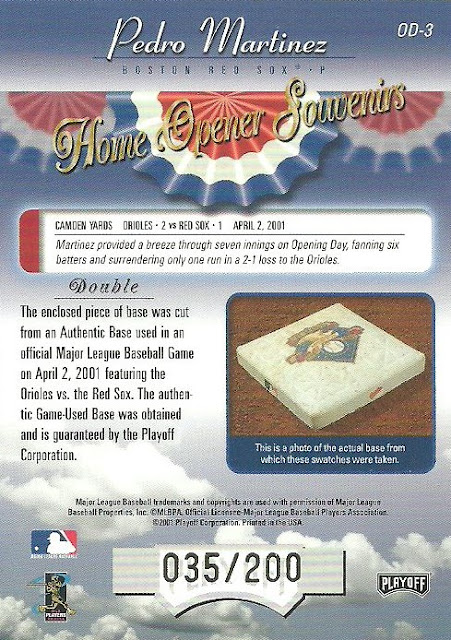 These came in five different variations (single, double, triple, home run, and autographed). They were numbered to 400, 200, 100, 25 and 25 respectively. Not every card contains an autographed version. 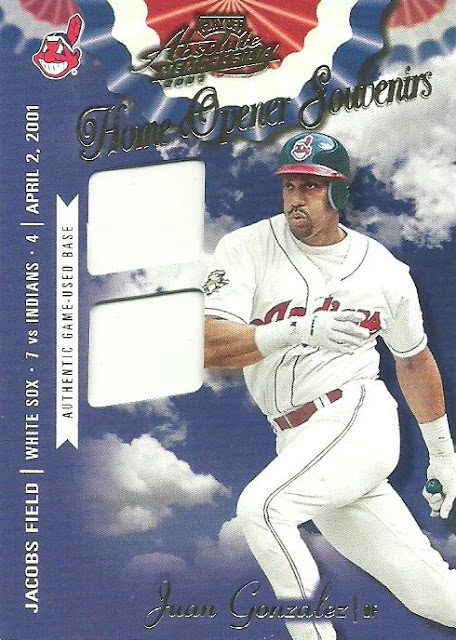 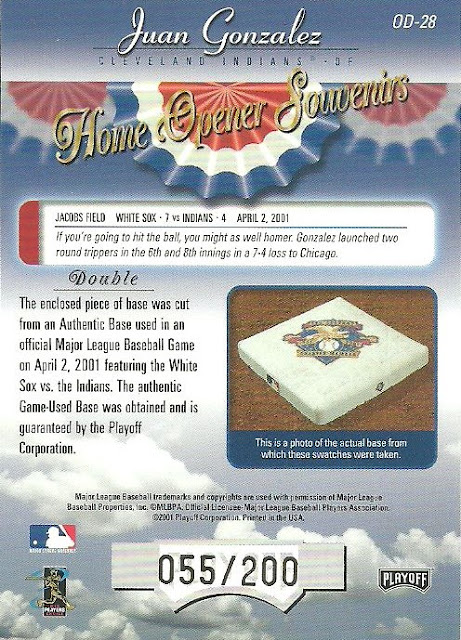 What do you prefer jersey and bat relics or something a little different like a ball or base?