The Diamondbacks are having an Alumni game after next Saturday's game. The Alumni game is being sponsered by Sanderson Ford in Glendale, AZ. In connection with that, Brandon Webb and Mike Fetters signed autographs there from 10 am - 11am today. I took my two oldest boys and we got there just after 8 am. We were third in line. My boys were great and the time flew by. Webb showed up about 10 - 15 minutes before 10 o'clock and just chatted with everybody and took pictures. He was really cool!

Here is myself and one of my all-time favorite D-Backs, Brandon Webb! 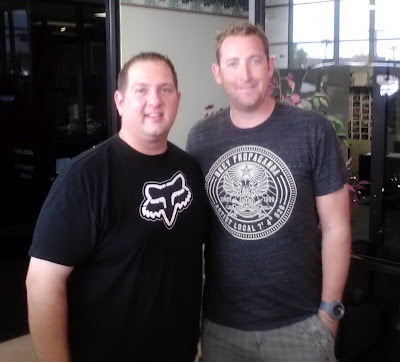 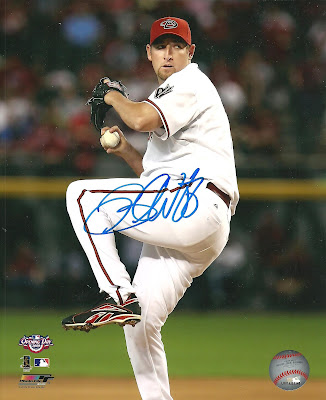 He also signed a few cards for us. 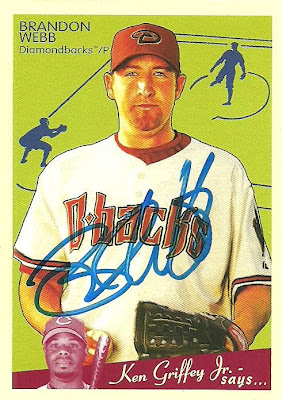 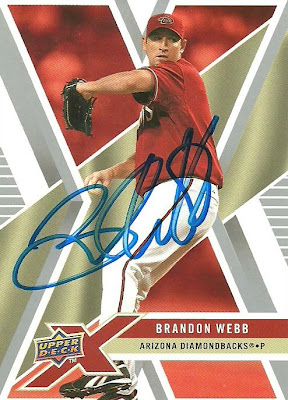 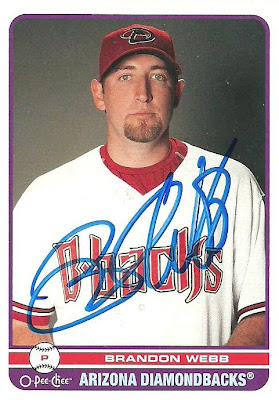 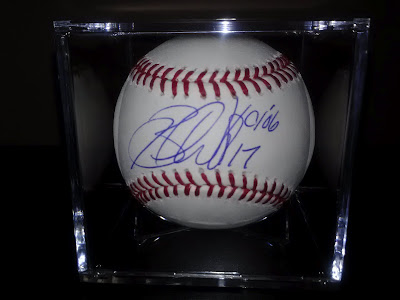 Mike Fetters was really nice as well. he signed 10 cards for us. The scan only shows 9. The one additional card is another 1991 Score. 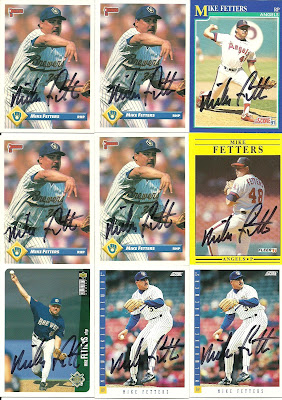 He also signed a promotional card for each of my boys as well. 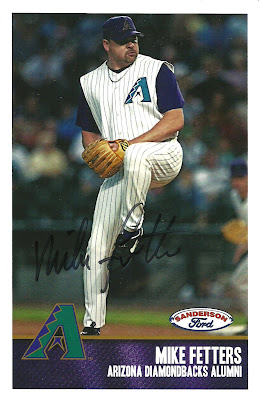 They also gave out tickets to the game on Saturday. We got 4 tickets. The tickets are lower level seats. Face value for each ticket is $44.00, so that was a nice surprise!
Posted by Daniel Wilson at 11:29 AM