I listen to Arizona Sports 620 almost every day to work and on the way home. On the way home is the Doug and Wolf Show, which features Doug Franz and Ron Wolfley. Ron Wolfley is a former NFL Pro Bowler who played for the Cardinals, Browns, and Rams. Yesterday the Doug and Wolf Show was broadcasting from a Majerle's Sports Grill in Goodyear. Since it was close to home I took my two oldest boys and we went and got an appetizer. They always have a prize wheel to spin and so we ended up with a Larry Fitzgerald jersey, a Cardinals lanyard, and an Arizona Sports 620 t-shirt. I also took some Ron Wolfley cards and we had him sign them for us. Both he and Doug Franz were really nice, taking the time during what they refer to as a "not so beautiful part of the program" (commercial breaks) to take and sign the cards for us. 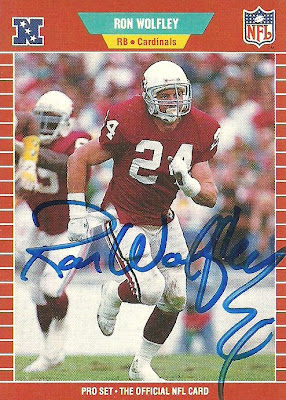 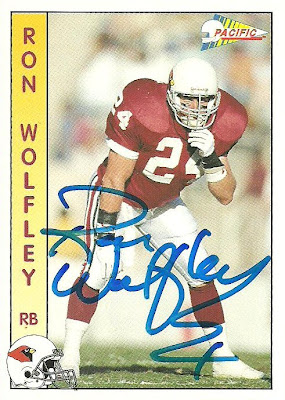 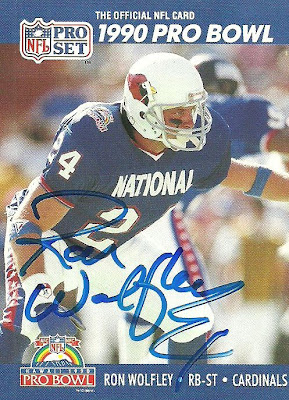 Posted by Daniel Wilson at 5:30 PM