Great minds think alike! Trade with Waiting 'til Next Year

Nachos Grande hosted a group break a couple weeks ago that featured 2 boxes of the 2012 Topps Mini Cards. Tom, of the blog Waiting 'til Next Year grabbed the Cubs and then was randomly assigned the D-Backs! I saw that a 2012 Topps Gold Ryan Roberts card numbered to 61 was pulled early on in the break so I sat down and wrote Tom an email asking him if he would like to trade the yucky D-Backs that he got stuck with from the break for some AMAZINGLY AWESOME Cubs cards. I sent the email and then went to my inbox and saw an email from Tom. At the same exact time that I was emailing him, he was emailing me asking if I would be interested in working out a trade for the D-Backs cards that he was going to get as part of the Nachos Grande group break. It was really weird, but I guess it's like they say, "Great minds think alike!" Tom sent a note in the package saying that he felt like he "made out like a bandit in this deal", but that's the great thing about trading. I feel the same way. Thanks for a great trade Tom! Check out what Tom sent me. 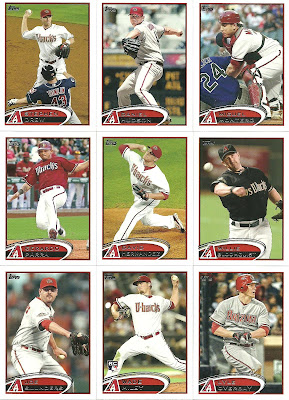 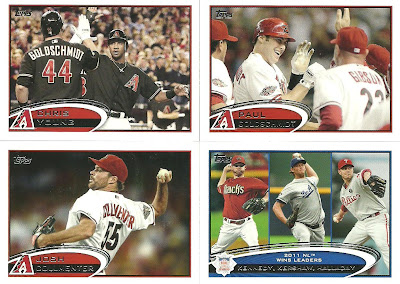 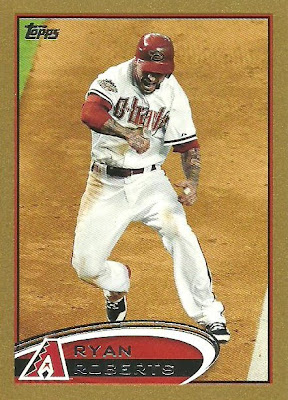 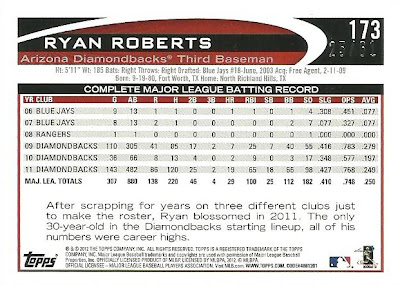 And a 2012 Topps Min Gold Parallel of David Hernandez 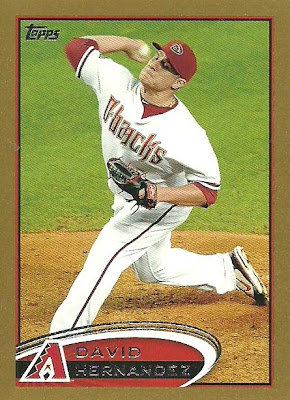 Next up are some 2000 Fleer Impact D-Backs cards from the group break as well. 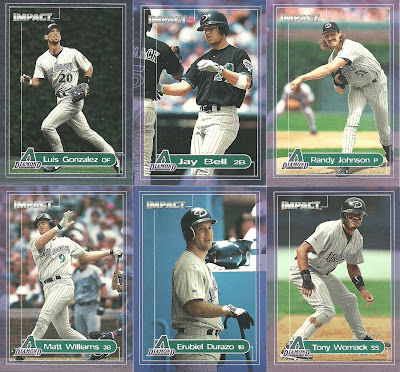 Tom also threw in some extras because he's a great guy! 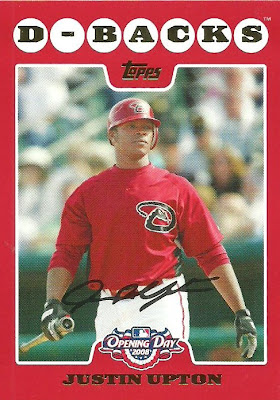 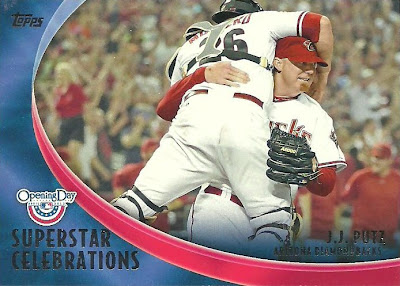 Posted by Daniel Wilson at 4:27 PM