What is the oldest card you've ever gotten from a dime box?

I posted this on Twitter the day I got the card, but I haven't gotten any actual responses to my question.

What is the oldest card you've ever gotten from a dime box?

Last week I picked up this beat up 1955 Topps Herman Wehmeier card for 10 cents from a card shop. 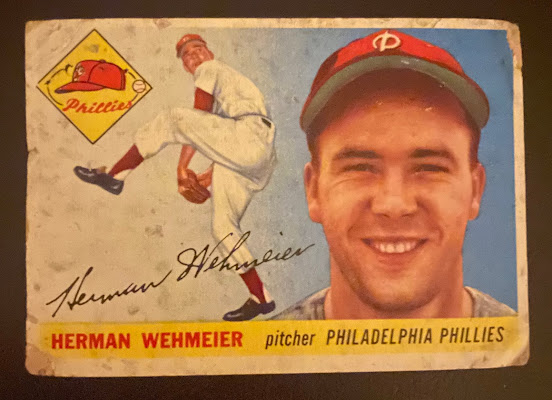 Like I said, it's beat up, but I couldn't pass it up for just two nickels. What strikes me most about this card is the portrait. Most of the time when I look at the pictures on older cards the players look like they are from the 1950's. Not sure exactly how else to explain that, but I hope you understand what I mean. To me, the portrait of Herman looks like a current player or at least from the early to mid 2000's. Again, I don't know how to explain it, but that just what I thought when I saw the card.