After work I went over to the Indians facility to try and get a few autographs after the game. Nick Swisher came out and stopped in his car and signed for everybody (maybe about 8 or so people). He was really nice and was talking to everyone. He signed the Heritage card for my son and the Topps 206 card for me. When he signed my card he said "What card is this? I've never seen this card before." My son got Matt Albers on his Indians ball, but those were the only two players that came signed while we were there. I was really happy to get Swisher because we hadn't been able to get him to sign before that. 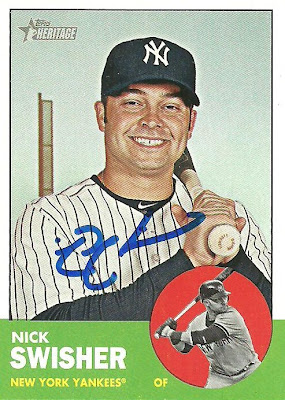 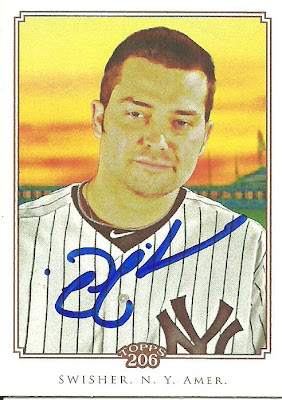 Posted by Daniel Wilson at 4:58 PM