I decided to go back to the Cleveland Indians spring training practice fields this morning. None of the big name players signed, but I did get several very nice autographs.

Justin Masterson was really nice and signed a card for myself and both of my boys.

David Huff signed next, but I only had one card for him to sign. 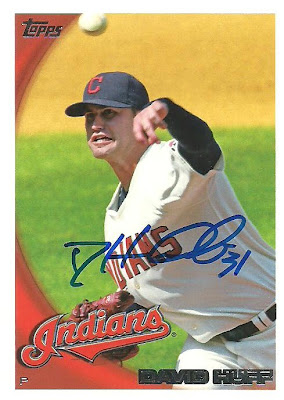 Next up is Ezequiel Carrera. 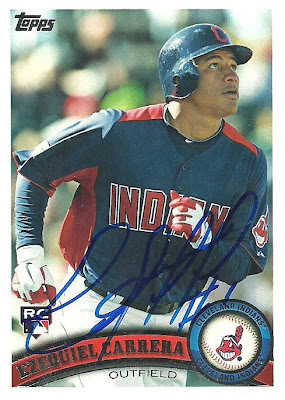 Drew Stubbs signed two cards for us and my son's baseball. The Topps 206 card is signed in ballpoint pen because that is what he used to sign the baseball. 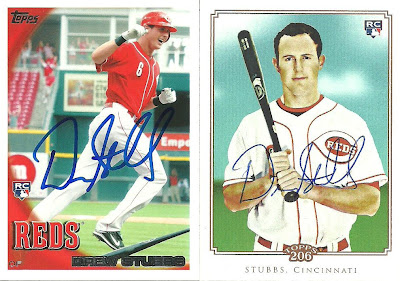 I handed Lonnie Chisenhall two cards and asked if he would sign them. He signed one and handed them both back. We tracked him down a little while later and he signed the other card for one of my sons. 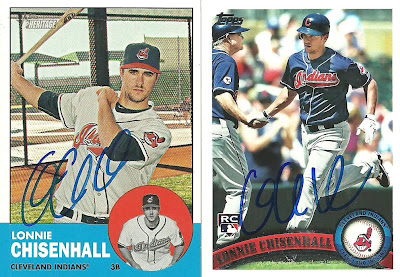 Mike Hargrove was the last person to leave the fields where we were and he was really nice. I didn't have anything for him to sign, but there was a gentleman there that had a few extras so he gave them to us and we were able to get him to sign a couple of cards. 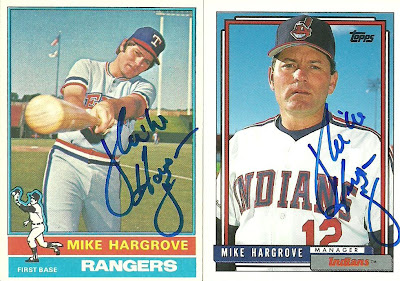