I sent a TTM request to Bob Friend recently. He signed the index card that I sent and added the inscription that I asked for and sent a signed card of his own. Thanks Bob!

Bob Friend spent the majority of his career as a member of the Pittsburgh Pirates (1951 - 1965) before spending parts of the 1966 season with the New York Yankees and the New York Mets. Friend, a four time all-star, helped the Pirates win a World Series championship in 1960. In 1955, Friend led the National League with a 2.83 ERA, and did it for the last place Pirates. 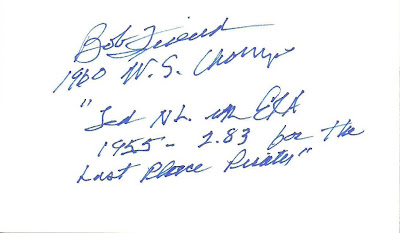 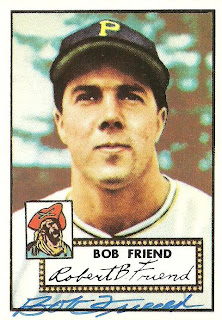 Posted by Daniel Wilson at 5:49 AM