How many 9 time all-stars are not in the Hall of Fame?

At least one. If you can think of another, let me know. Now before anyone calls me out I realize that for a period of time there were two all-star games in a season, but Howard had 9 all-star seasons and 12 all-star games.

If my math is right, Elston Howard would have turned 90 years old today.

In addition to being the first African American ballplayer on the New York Yankees, Howard is also credited with creating two other baseball traditions. It was Howard that started indicating that there were two outs in the inning by raising his index and pinky fingers. He also invented the baseball doughnut. Pretty crazy that one person is responsible for two famous baseball traditions.

I have Ellie's 1955 Bowman rookie card. I don't remember exactly when or where I got it from, but it was within the last year or two. It's in really rough shape, but I love it! Even though the card is falling apart the picture of Howard is pretty much intact. 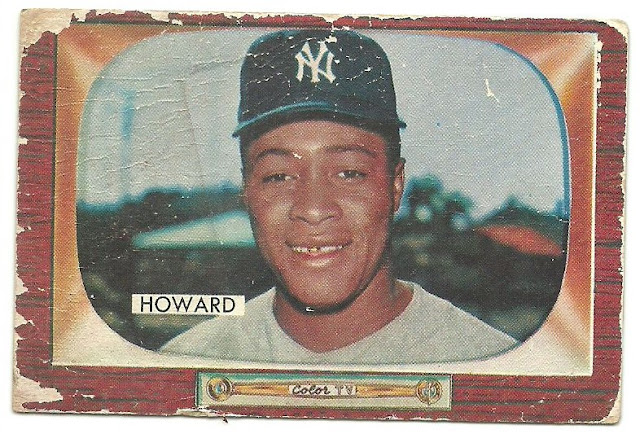 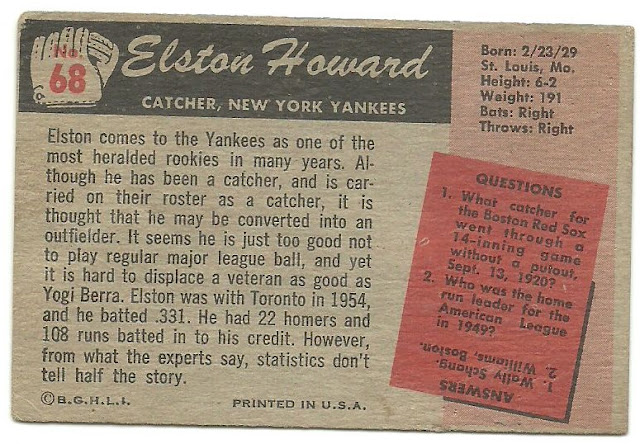 These other two cards came from that vintage New York Yankees lot I picked up on eBay a few months back.

The 1958 Topps card is not only off centered but has creases throughout and a pinhole top center. I Still love it! 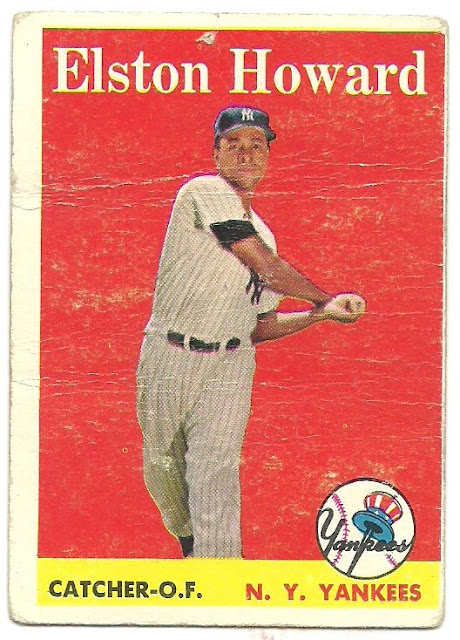 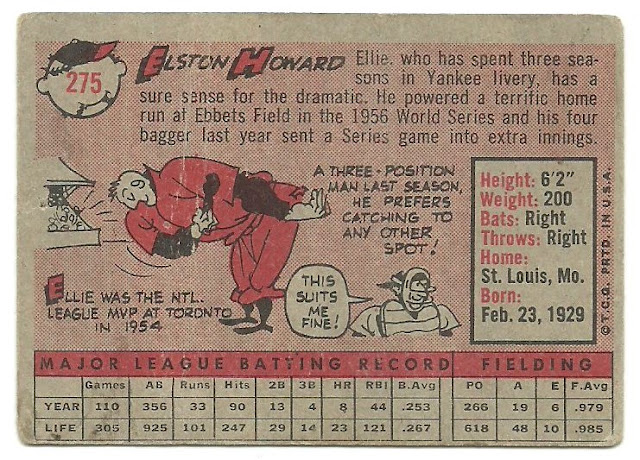 This 1965 Topps cards featuring Howard as one of the 1964 American League Batting Leaders is not mint, but is in much better shape than the 1958 or 1955 card. 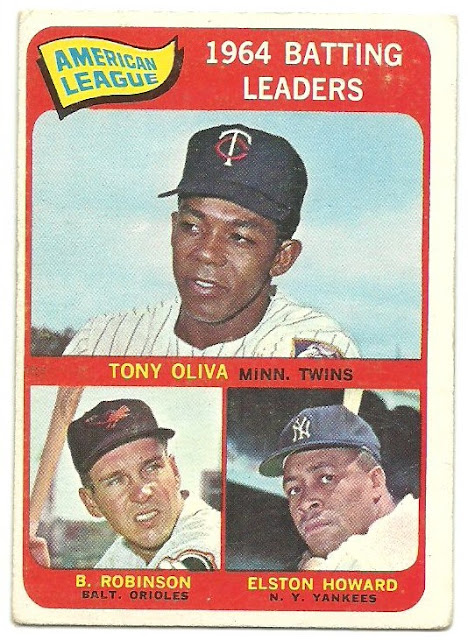 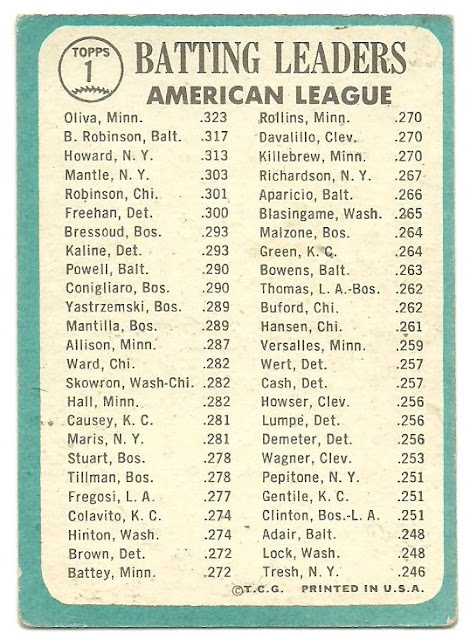 Not many catchers hit above .300 consistently. I can think of a few, but not many. Howard didn't hit over .300 on a regular basis, but this was his second highest batting average of his career. In 1961 he hit .348.

If you look closely, it looks like he has a gold front tooth. Anyone know the story behind that? I wonder if it's catching related.
Posted by Daniel Wilson at 4:00 AM