Let's take a break from the Vintage New York Yankees card lot and focus on something different today. It's a 8 x 10 photo of Mickey Mantle and Yogi Berra signed by Berra. Okay...it's not cards.

I come from a large family. I have 5 siblings. Each is married or has a significant other and since I'm the youngest of the 6 kids, I have many adult age nieces and nephews. For Christmas we draw names instead of giving gifts to everyone.

It was a nice gesture, but when it comes to autographs, if I didn't see it being signed then to me it's not real. There are just too many fakes out there.If it's pack certified or Upper Deck Authenticated, then I'm okay with it, but I have a hard time even accepting something that has been PSA certified authentic. 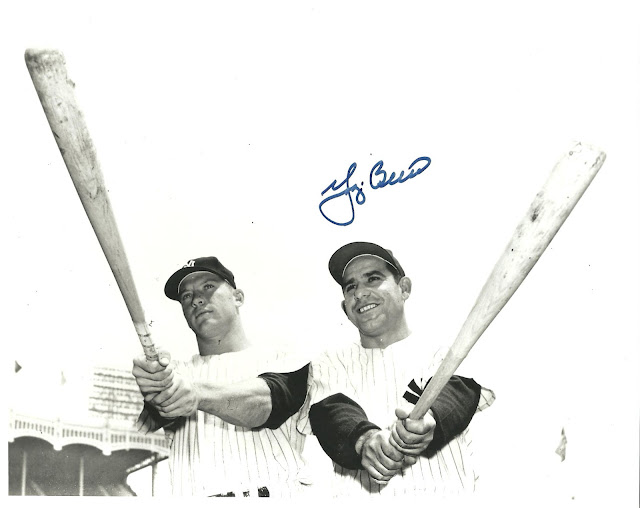 Here's the back of the photo. 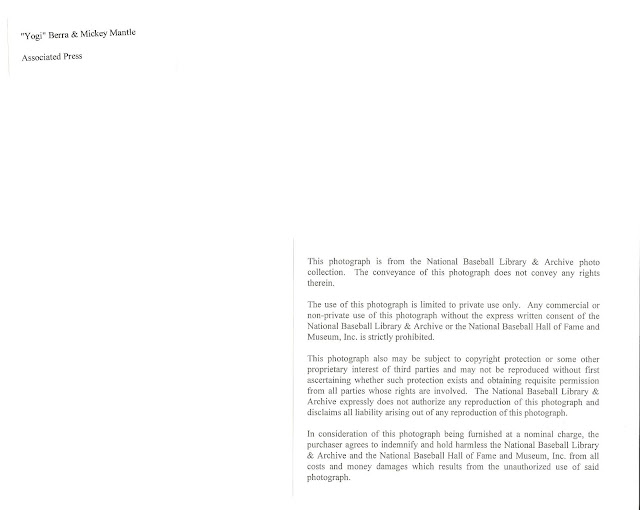 Here is the COA from a company called Where It All Began Bat Co. based out of Cooperstown. I looked into it and the company still exists, but I couldn't find any autographed photos or memorabilia on their web site. The COA is dated 7/13/02, which was two weeks before the Hall of Fame induction ceremony that year. 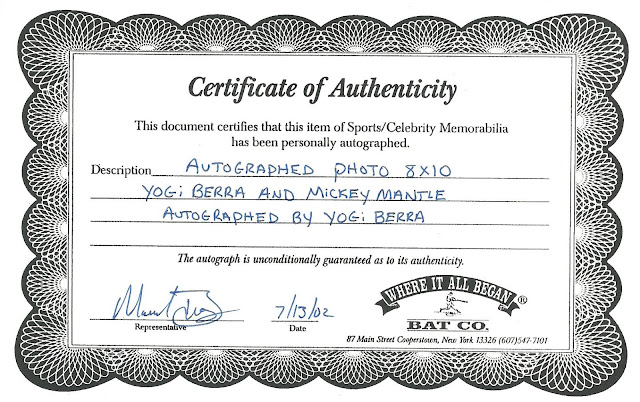 Anyone ever heard of Where It All Began Bat Co.? What do you think about the Berra autograph? Real or fake?
Posted by Daniel Wilson at 4:00 AM