Between my birthday and the All-Star Fan Fest I ended up with several packs of 2011 Topps Series 2. I'm not collecting any of the insert sets and so I'd like to just trade for some D-Backs inserts from the set. Please let me know if you are interested in trading. Thanks! 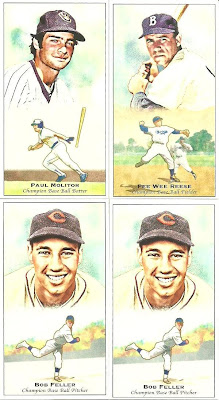 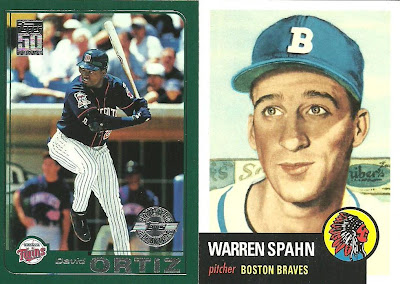 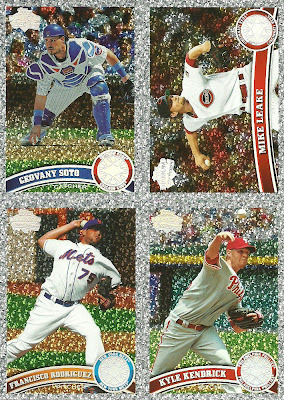 I picked up this 2011 Allen & Ginter on eBay this past week from fellow blogger and Ginter Codebreaker Nick Jacoby.  I didn't realize that it was Nick before I bought it and saw the name on the invoice. I'm looking to purchase or trade for the D-Backs auto's and relics in this years Allen & Ginter for less than the cost of a blaster. Daniel Hudson is the only auto and there are only two jersey cards (Hudson and Xavier Nady) and 1 bat card (Justin Upton) so it shouldn't be too hard. With shipping, the Hudson auto $7.24. I'm watching a lot with the three D-Backs relic cards on eBay right now and I think I'll be able to get them for under $10 shipped. 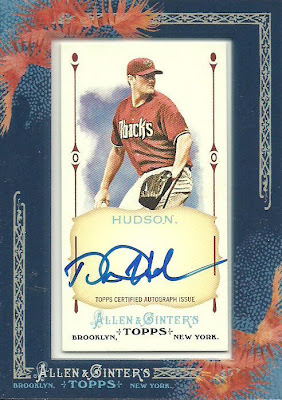 Posted by Daniel Wilson at 12:14 PM No comments:

I got this 8x10 autographed by Fred Lynn at the MLB FanFest during All-Star weekend. He asked if I had brought this photo with me because he had heard that it was no longer available at FanFest. I told him that I had gotten it at FanFest and that maybe I had gotten the last one. He was really nice and obliged when I asked him to add his Rookie of the Year and MVP year to the photo. 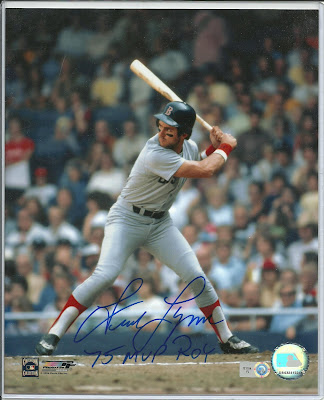 Posted by Daniel Wilson at 9:47 AM No comments:

I got this 8x10 autographed by Orlando Cepeda at this years All-Star FanFest. Cepeda had an impressive career. This 11 time All-Star won the 1958 NL Rookie of the Year award and the 1967 NL MVP award. He was elected into the Baseball Hall of Fame by the Veterans Committee in 1999. 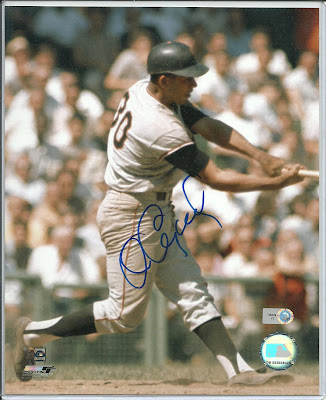 Posted by Daniel Wilson at 9:37 AM No comments:

I was able to get this 8x10 signed by Rollie Fingers at FanFest. He asked me where I got the photo from. I told him I had gotten it there at FanFest. I then asked him if he would draw in his mustache, but he replied "I don't draw mustaches." He did add "HOF 92" though. 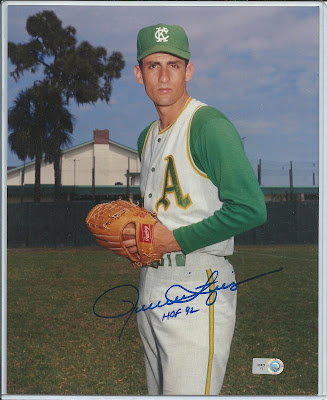 Posted by Daniel Wilson at 8:41 AM No comments:

It's been almost a month since my last post and we're still not completly settled into the new house, but I wanted to try and catch up on some posts. I was able to attend the Home Run Derby and All-Star game that was here in Phoenix recently. I also attended FanFest on Saturday and Tuesday. I had an amazing time and loved every second of it!

Topps had a booth at FanFest and had a promotion going where if you bought 3 pack of any of their 2011 products at one of the other participating vendors and brought them back to their booth to open then you got to pick a card from a special 7-card 2011 MLB All-Star set. Because of the promotion, the packs were overpriced. Three packs of 2011 Topps Series 2 for $12. I bought three packs on Saturday and got the Justin upton card. On Tuesday I decided to buy three more Series 2 packs and three packs of Opening Day (3/$5) and get Ichiro and Jeter. When I got to the booth I opened my first pack of Series 2 and pulled out a couple of damaged cards. I asked the guy at the booth if he could do anything about the damaged cards and he took them and looked at them for a little bit and then asked me, "What do you want?  Do you want the whole set?" I agreed and he gave me all 7 cards in the set. I guess every once in a while factory damaged cards are a good thing! 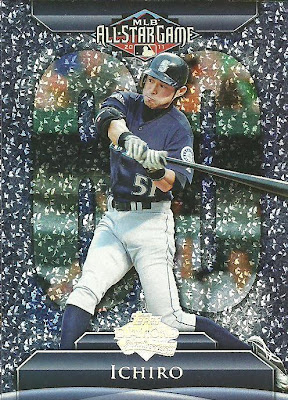 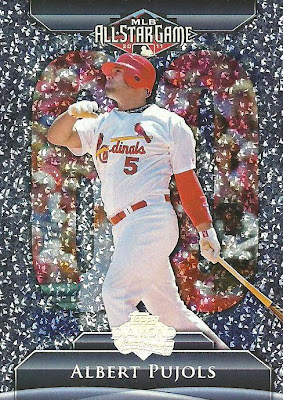 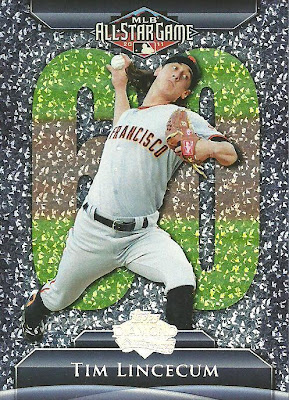 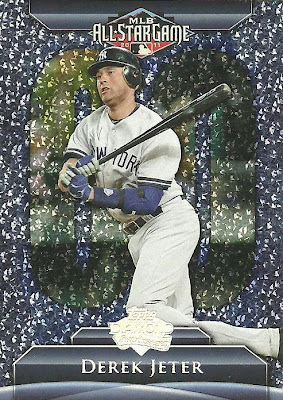 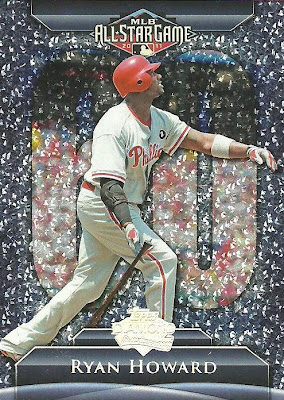 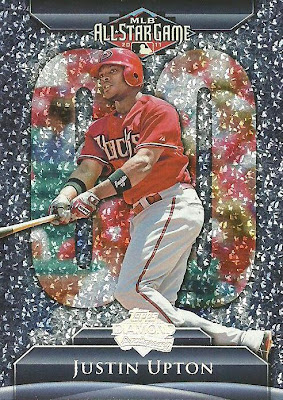 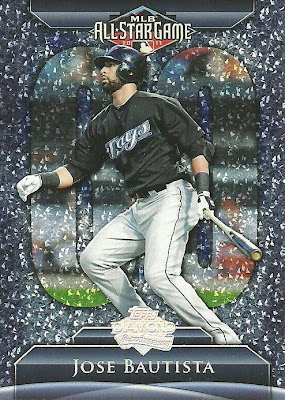