Justin Upton would get my vote for NL MVP

As I write this, Justin Upton, right fielder for the Arizona Diamondbacks is batting an even .300 with 30 homeruns and 85 RBI. Upton scored the game winning run for the D-Backs last night as the Diamondbacks increased their lead in the NL West to 9.5 games over the San Fransisco Giants. The Diamondbacks now have their sight set on home field advantage during the first rould of the playoffs. Their win last night, coupled with a Brewers loss, gives them a .5 game lead over the Brew Crew for the second best record in the National League. 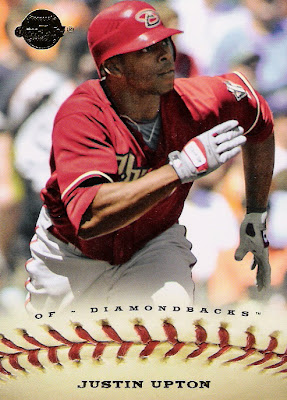 For a team that no one, myself included, thought would even be in contention this season, the Arizona Diamondbacks have certainly surprized the baseball world. Upton has been a star in the league for several years now, but is starting to garner MVP talk, and rightfully so. His team has a commanding lead in their division and he leads the team in nearly every major offensive category including; batting average, homeruns, RBI, runs scored, and stolen bases. 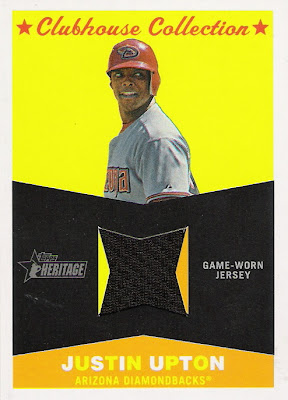 At this point, Justin Upton would get my vote for NL MVP. I realize that I may be a little biased, being a D-Backs fan, so let me know what you think. Who do you think deserves the NL MVP award for the 2011 season?
Posted by Daniel Wilson at 7:34 AM 3 comments:

Here's a picture of my D-Backs bobblehead collection.