I had a nice eTopps mailday and picked up one AMAZING card from my LCS today!

I got a package in the mail this past week from the Commissioner of Baseball; Robert D.Manfred Jr. 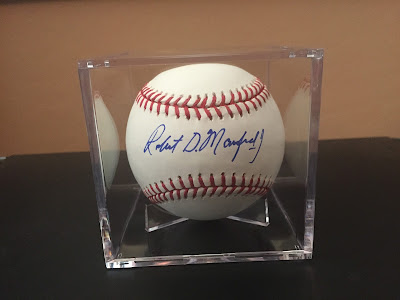 Commissioner Manfred sent me a nice letter and answered my questions. Somehow he got the impression that I'm a child. Not sure why, but I'm not complaining. 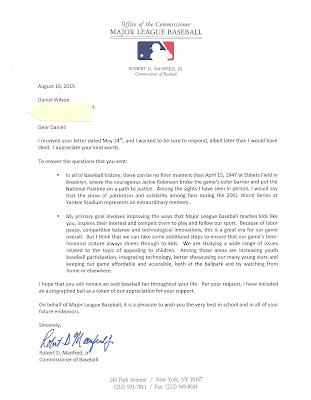 I know it's sideways, but you can see that it says "COMMISSIONER X EDITION" under his signature. I think it's pretty cool. 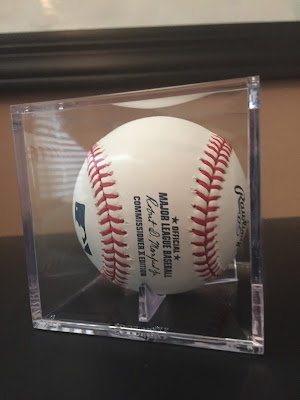 The Joy of Collecting Baseball Cards

There was no mistake in me picking this card, just a happy accident. 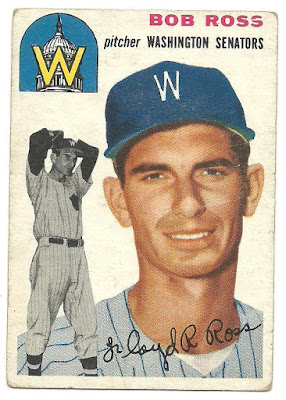 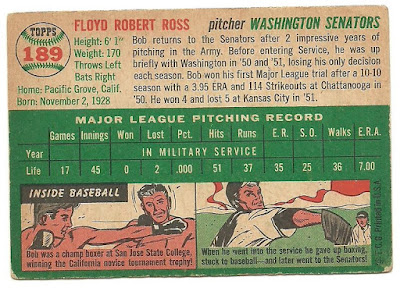 "Contest winnings, plus extras!" from Bob Walk the Plank

I got a package yesterday from Matt, of the blog Bob Walk the Plank.

I actually thought it must have been a trade package from Matt until I opened the package and saw a note from Matt that said, "Contest winnings, plus extras!" I had forgotten but I was one of a couple of winners of a contest that Matt held recently. 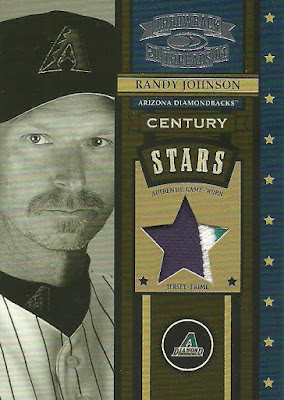 Such an awesome card and then I turn it over and I see it's numbered 1/5. Wow! 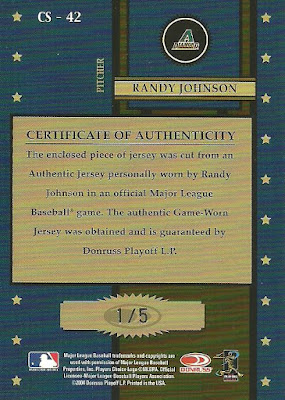 I would have been thrilled with this card alone, but there was more from Matt, lots more!

Next is this 2011 Topps Lineage Diamond Anniversary Jersey card of Justin Upton numbered 03/25. 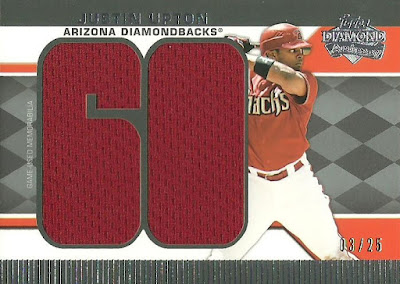 This card is amazing! I don't think I've ever seen this card before! The jersey piece is huge!

This card alone would have been more than enough from Matt!

Here's everything else that Matt sent! Every single one numbered, jersey, or autographed! 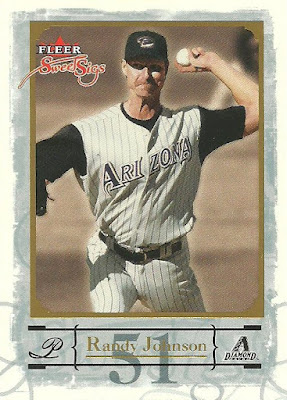 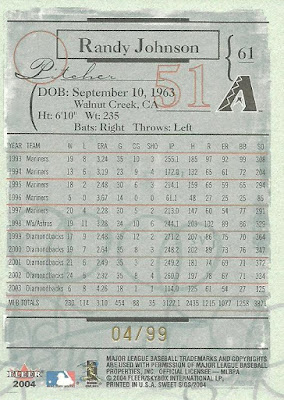 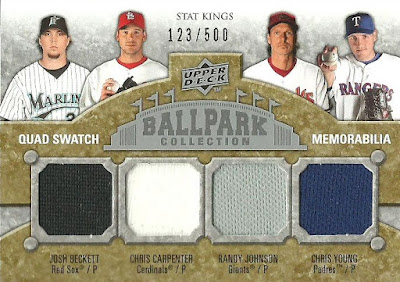 This Randy Johnson card is numbered 23/26. 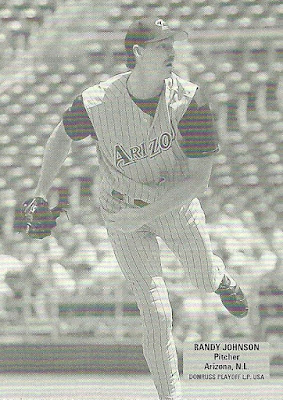 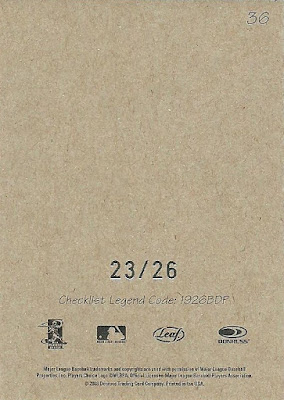 Upper Deck did a great job with this dual jersey card. Both swatches match the jersey that the player is shown wearing. 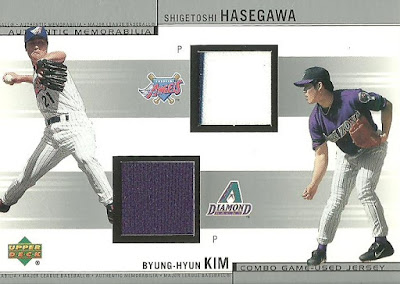 2004 Leaf Prospect Press Proff parallel of Greg Aquino serial numbered on the back 45/50. 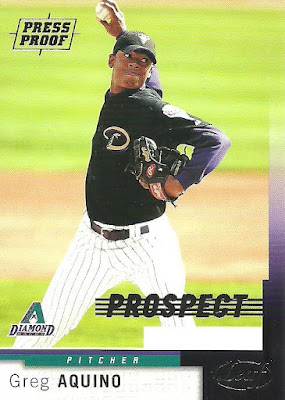 2013 Topps Update gold parallels of Did Gregorious and Patrick Corbin numbered out of 2013. 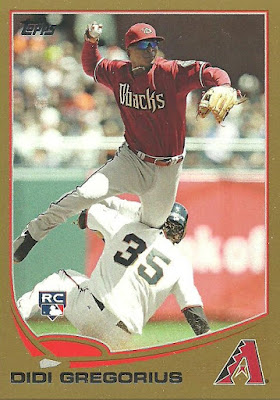 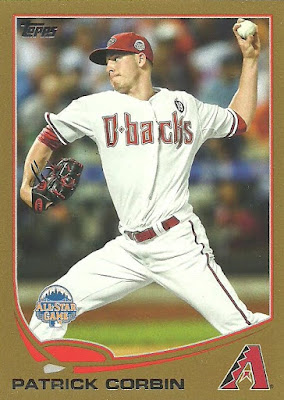 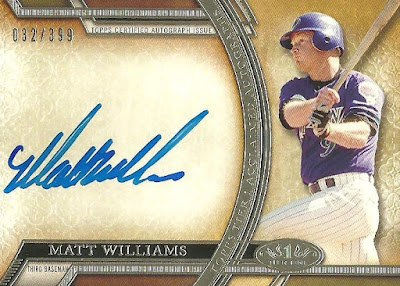 Richie Sexson didn't spend much time in a D-Backs uniform, so it's always cool to find a card of him with Arizona and this 2004 Leaf Certified Materials red parallel is numbered out of 100! 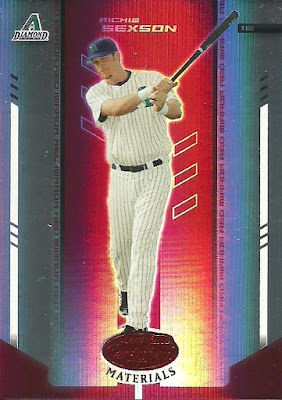 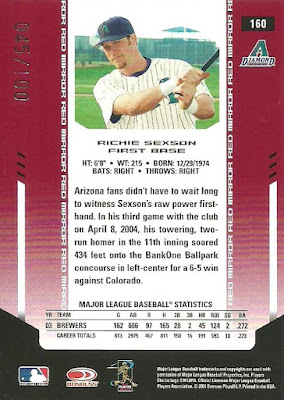 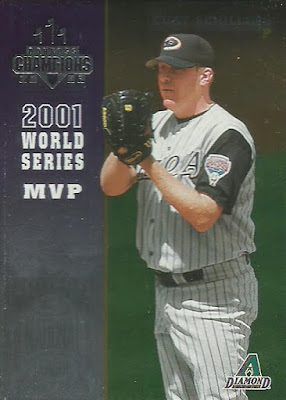 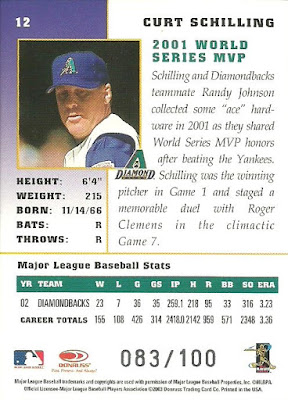 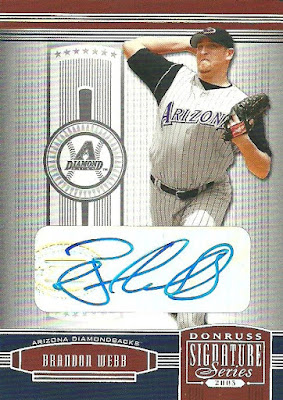 Wade Miley was an all-star in 2012 and here is a sweet Museum Collection autographed card numbered out of 399! 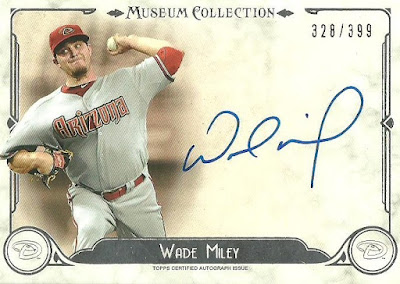 Thank you so much Matt! Totally blown away by this package!
Posted by Daniel Wilson at 9:36 AM 6 comments: