About a year ago I picked up this card. It's from 2018 Topps and features a letter from the back of a jersey worn by Paul Goldschmidt during the 2017 All-Star festivities. 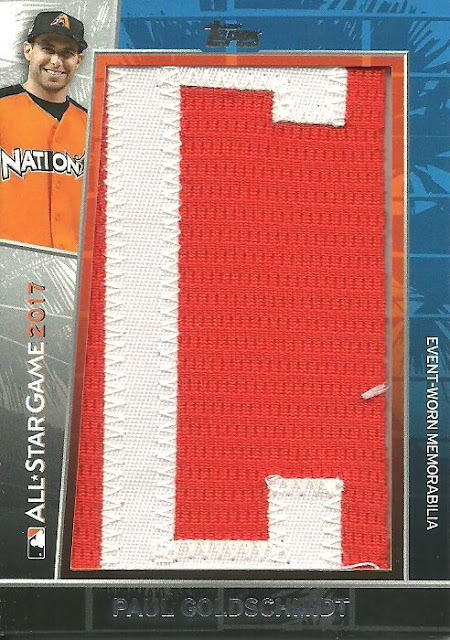 With Goldschmidt being traded to St. Louis this past off season, the market for his cards, especially his nicer stuff has gone up a bit, at least on ebay. But I was able to track down another card from this set that was marked at 30% off on a day where I also got 8% in ebay bucks. 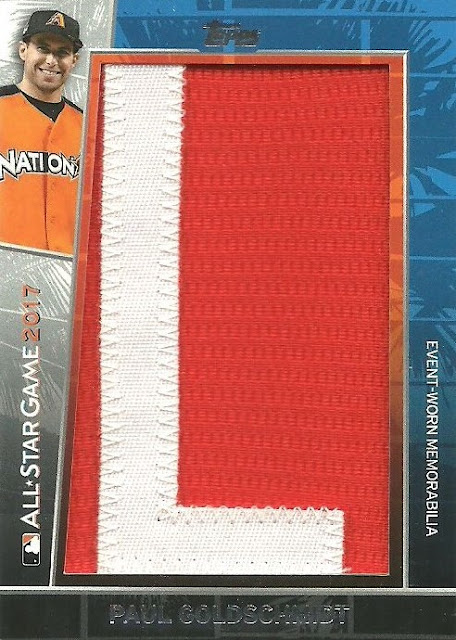 Topps Base Needs and My Busy Schedule

Tom, over at Waiting 'til Next Year sent me a sweet package of D-Backs cards this past week. Most of the cards were specific to my Topps Diamondbacks needs. I won't link to the list because Tom inspired me to finish off my quest for every Topps base set Diamondbacks cards, so I went to comc and ebay yesterday and finished it. 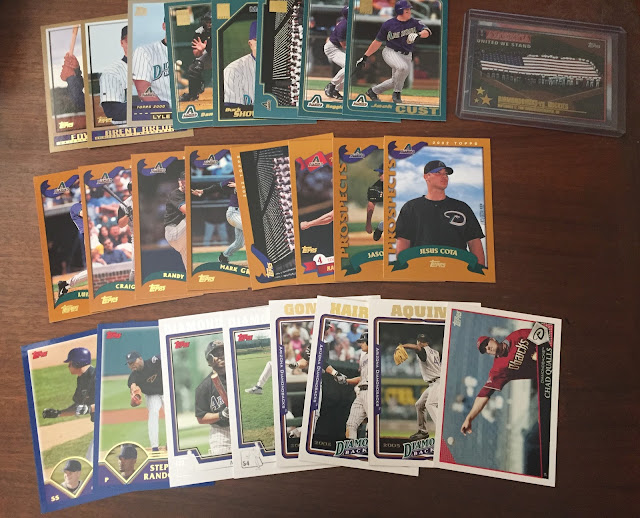 The last couple of months have been extremely busy. I have three boys and all three love playing baseball, which is great, but makes things really busy this time of year. My oldest made his middle school team and the other two are still playing in Little League.

In addition to practices and games, a batting cage opened up nearby in March and we got memberships, so I try to take my boys as often as possible. This on top of stopping by the assisted living facility to see my dad every day. During the week I leave for work around 6 am and most nights I don't get home until about 9 pm or later.

My oldest sprained his ankle during game. It was a really bad sprain. So bad that the urgent care originally told us that it was broken. When we took him to the orthopedic surgeon, they determined that it wasn't broken, but s severe sprain. He had to be in a boot for three weeks and now it has to be wrapped and he needs physical therapy two days a week, for at least a month. So his season was cut short.

My youngest finished up his season and was selected to play in the All-Star game, which was last week.

My middle son is in Majors, so they have a playoff. It was a double elimination tournament. His team was the #2 seed and after a first round bye, they won there next game, which resulted in a match-up between them and the #1 seed. They lost the game 6-5 in the bottom of the sixth (and final) inning. They went to the losers bracket and won that game. This meant that they faced the #1 seed again, but if they won they would have to beat them again the next day to win the Championship because of it being a double elimination tournament.

This resulted in 4 games in a 7 day period. All of which started at 8 pm, except for the game that didn't start until after 8:30 pm, because the game before it went into extra innings.

They beat the #1 seed twice, back to back to win the championship. My son had some ups and downs during the season and even in the playoffs, but it was a great season overall. Next up is a single elimination Tournament of Champions against the Majors division winners from other local Little Leagues. It starts on June 1st and goes until June 8th.

My point of all this is just that it has made posting difficult and even reading and commenting on everyone else's posts as well. But now that we're down to this last tournament, maybe I'll be able to be more active on the blogs going forward.
Posted by Daniel Wilson at 8:11 AM 3 comments: 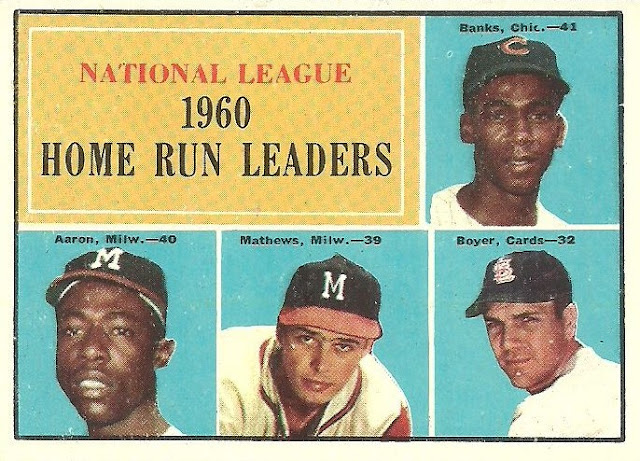 That's an impressive piece of cardboard! Banks, Aaron, and Mathews all went on to become members of the 500 Home Run Club. Boyer being the odd man out, not reaching the 300 mark in his career. Not that Boyer didn't have a tremendous career, but his 32 dingers in 1960 was the most he ever hit in a single season and he ended his career with 282 home runs.

I added this card to me Topps Hank Aaron collection recently at my LCS at one of their auctions. I don't remember exactly how much I paid for it, but it was probably $3-$4.