Baseball, Hockey, and Basketball out of Football Packs!

I got an unexpected PWE in the mail from Zippy Zappy of the blog Torren 'Up Cards. In typical Zippy Zappy fashion, the return address was the L. Torrens Fan Club. The PWE contained two pack of 1990 Pro Set Football, but inside the packs, there were no football cards to be found, instead I pulled out a bunch of Jorge Posada cards and a few hockey and basketball cards. 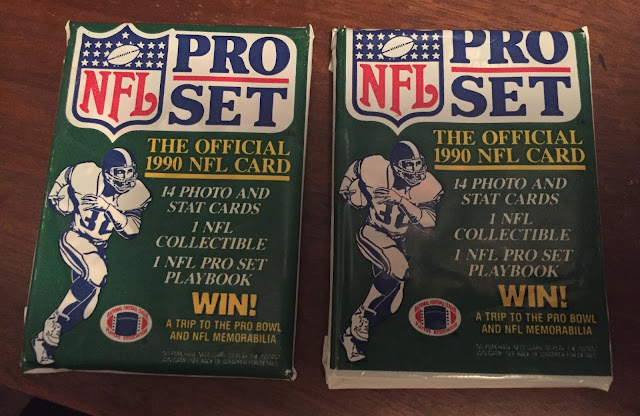 I'm a Jorge Posada fan. I just really respect the guy as a player. In my opinion, catcher is the toughest position to play and this guy played 17 seasons at a high level. Not only was he good behind the plate, but he was pretty good at the plate as well.

Let's take a look at some of the Posada cards. First up is this 2009 Topps card featuring Posada putting on his shin guards. Not many cards out there that this type of "action" shot. I think it's cool! 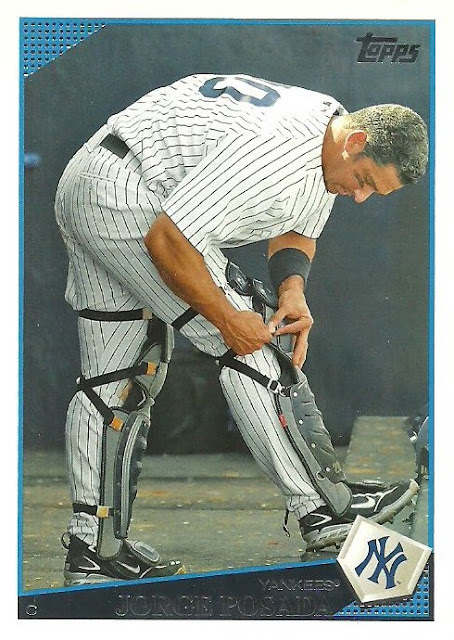 One of the reasons I enjoy collecting Posada is that to me, he has an old-school feel. Check out this Topps 206 mini card. I could easily see this being Yogi Berra or Thurman Munson.. 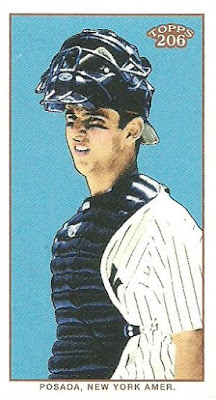 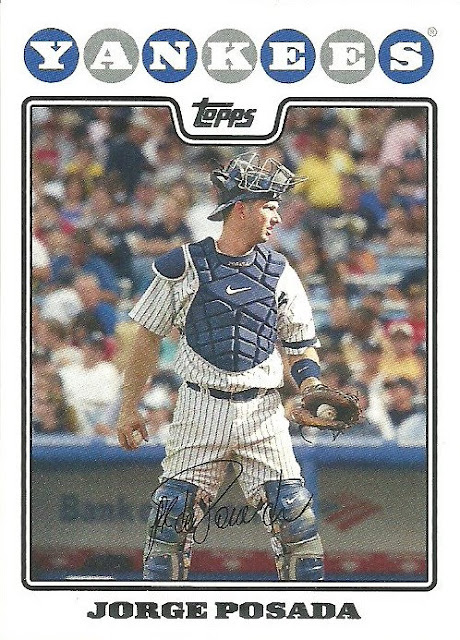 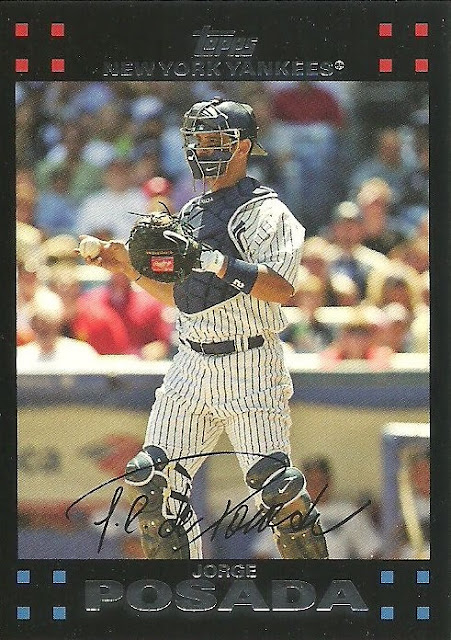 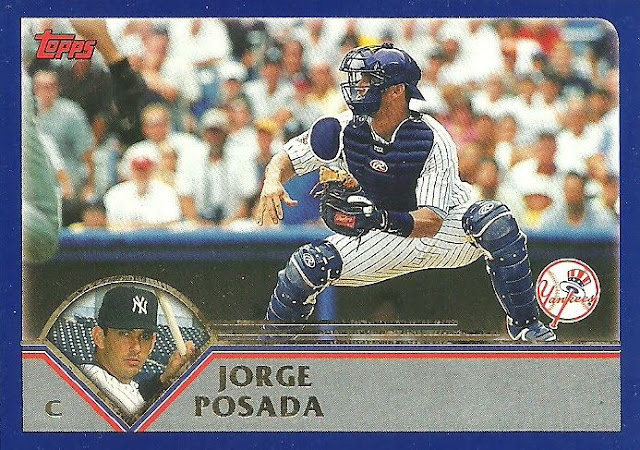 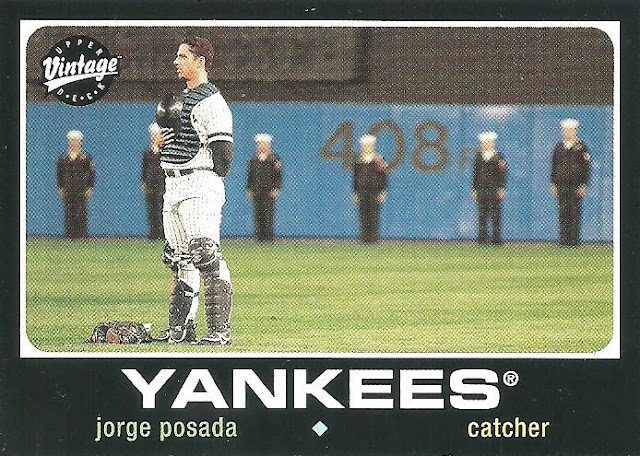 As if the card above wasn't enough, Upper Deck Vintage produced another gem of Posada that same year highlighting his solo shot in Game 3 of the ALDS which beat the A's. The picture though, does not have anything to do with his home run. We get a rare look at Posada's part in "The Flip". Jeter gets all the credit for the famed play, but if you watch it, Posada had to be in position and make a good tag all the while holding onto the ball in order to complete the play. I love this card! 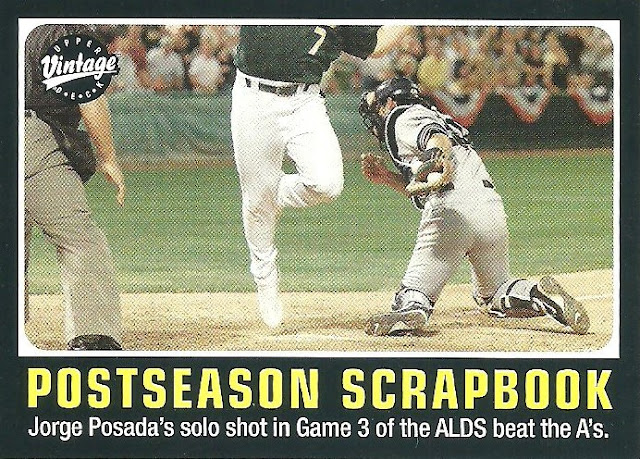 I mentioned that Posada was a decent hitter. The 5 time all-star hit .273 lifetime and had 275 homers. Not too shabby career numbers. 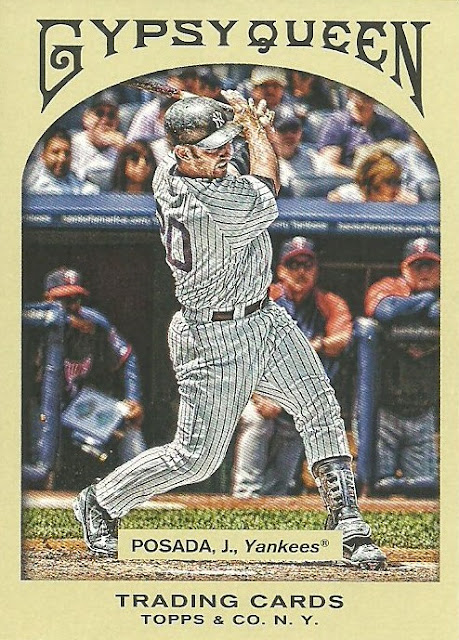 These two cards (Bowman and Gypsy Queen), both from 2011, likely feature shots of Posada from the same at-bat against the Twins. 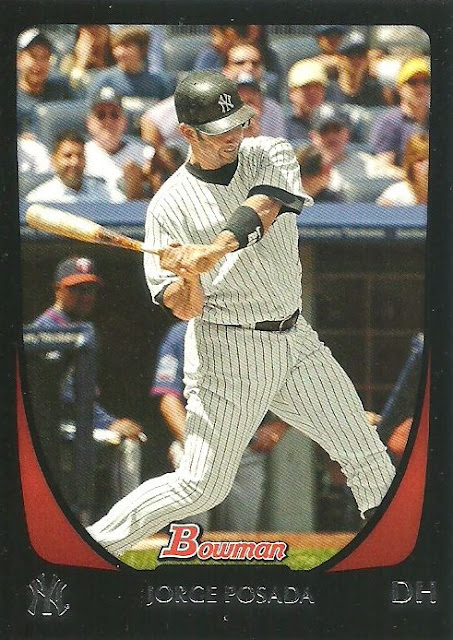 Zippy Zappy also included a few hockey and basketball cards. My oldest brother used to live in Vegas and became a huge Golden Knights fan. The moved recently, but but I enjoy being able to talk sports with my brother. 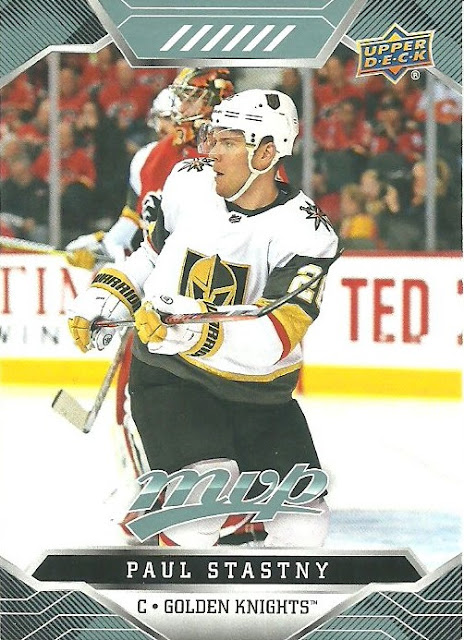 This cards is fantastic because of the Popeye cartoon in the background. 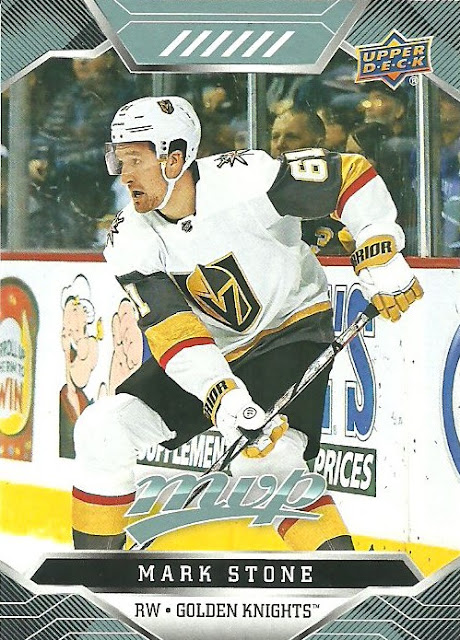 There was also a card of my hometown Coyotes. We actually went to a Coyotes game last week. They won 3-0 over the Kings. We got the tickets through my kids school and ended up only paying $5 per ticket. Each ticket had an $88 face value. 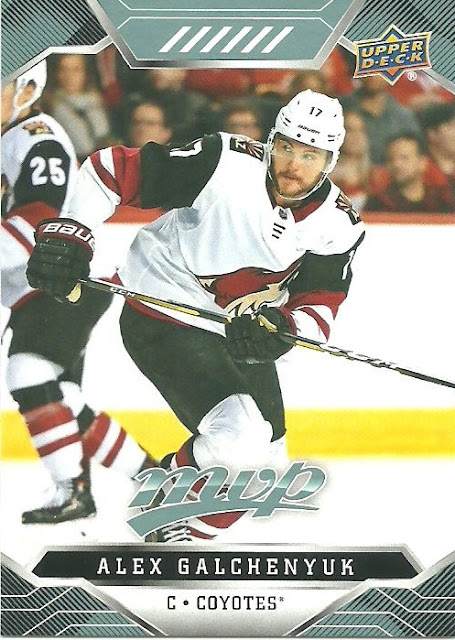 It was my youngest's first hockey game and it was really cool to see how excited he was at the game! 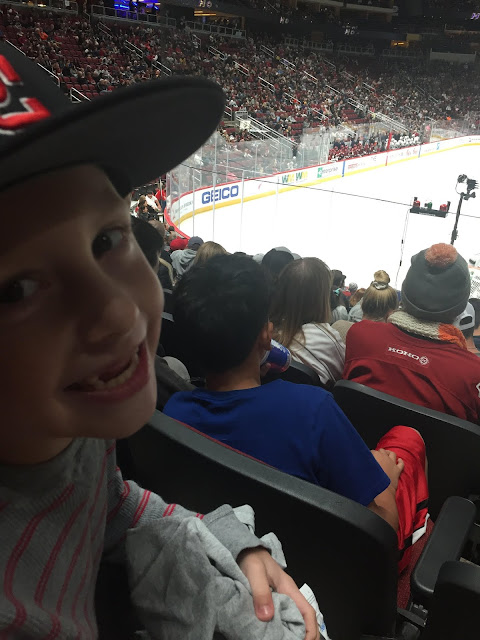 The Coyotes are off to a good start and so were the Suns. In fact, the Suns started off red hot before losing 3 in a row. They are just above .500 right now, but that is a huge improvement over the last several years. Not only are they winning, but even when they lose, it's been fun to watch because they are competitive.

Cameron Johnson is off to a decent start, averaging about 9 points and 3 rebounds per game in limited minutes. 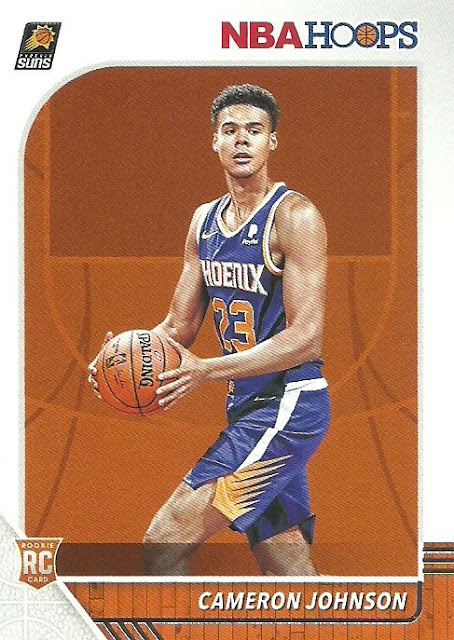 The hot start for the Suns was emphasized due to their starting center, and last year's number 1 overall draft pick, Deandre Ayton, being suspended for 25 games for using a masking agent after the first game of the season. New head coach Monty Williams has the rest of the team playing unbelievably in the big mans absence. We'll see how he fits in when he returns to the team in mid December. 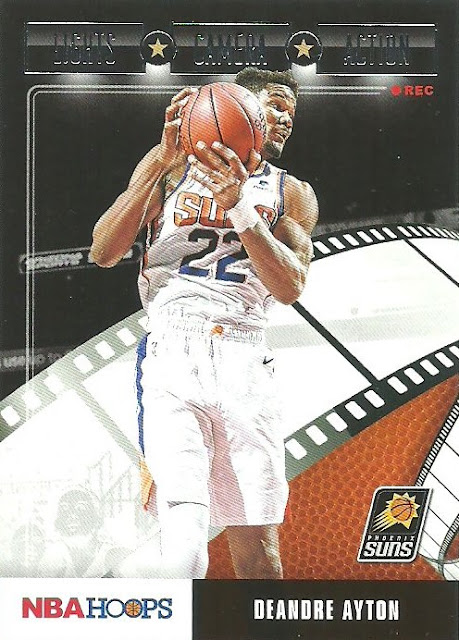 Thanks for the cards Kenny!
Posted by Daniel Wilson at 3:44 PM 3 comments:

First and foremost, thank you to all who have served and who serve currently in the Armed Forces. I hope everyone enjoys this Veteran's Day! 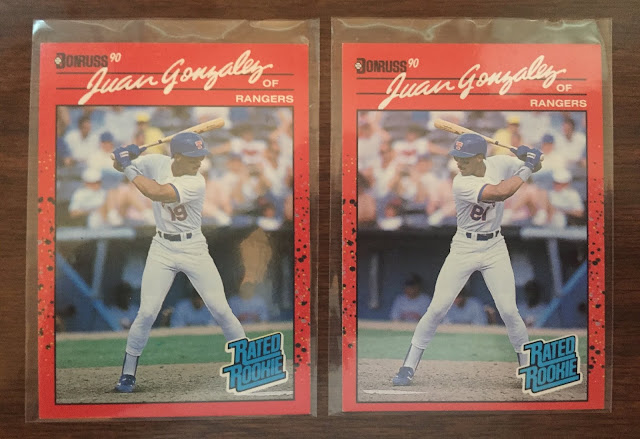 In my post yesterday I featured these two cards with Juan Gone facing away from each other, but Section 36 commented that they always wanted both cards so they could face each other in a binder. I agree that they look much better facing each other.

If you collect sets, and store them in binders, what do you do with error and corrected cards? Two binder spots? Put them both in the same spot? The rarer version goes in it's own separate case? Separate binder for error cards? How do you store them?
Posted by Daniel Wilson at 7:26 AM 4 comments:

Here are a couple of cards that came out of a collection I bought within the last few months. 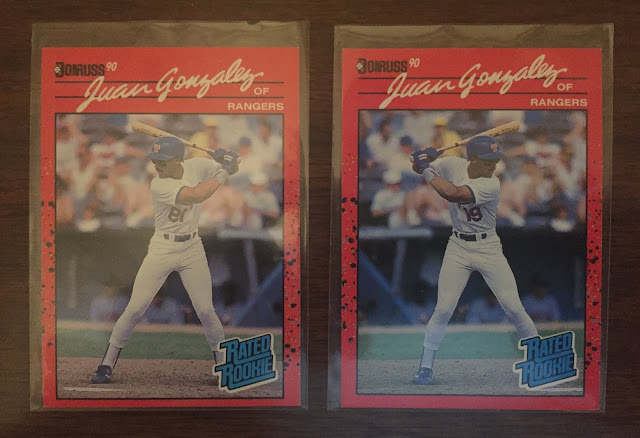 I had several copies of the one on the right previously, but I never had the one on the left before. It's the reverse negative version. I know it's not super rare or anything like that, but it was fun to add it to my collection.

Anyone think this was done on purpose considering the hobby love shown to the 1989 Upper Deck Dale Murphy reverse negative card?
Posted by Daniel Wilson at 12:11 PM 3 comments: 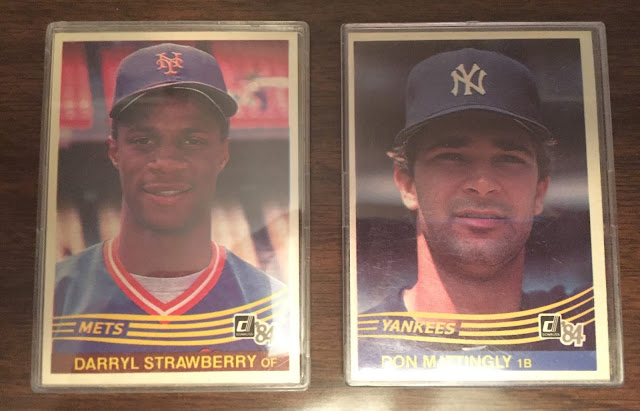 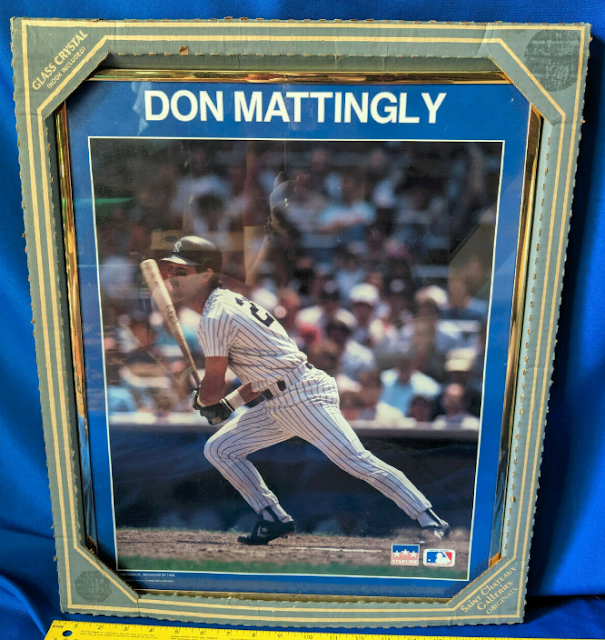 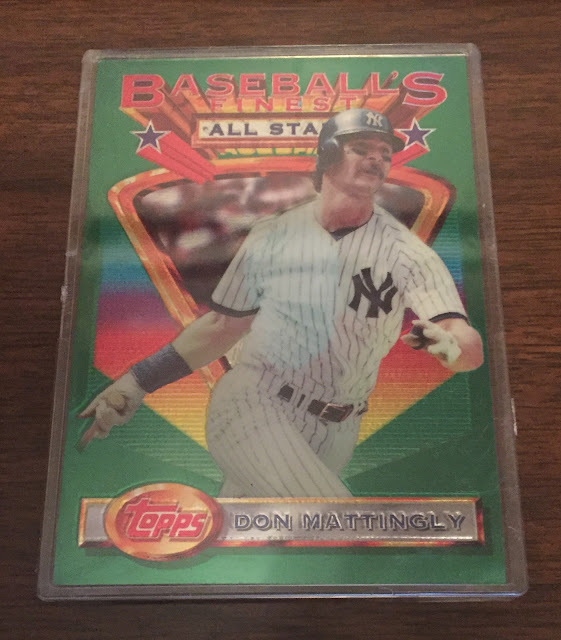 How about you? What cards eluded you in the past that you enjoy picking up now? Have you bought any collections on Facebook Marketplace or Offer Up?
Posted by Daniel Wilson at 5:32 AM 8 comments: