There was a Cox Communications store Grand Opening today in Surprise, AZ. Former Diamondback, Luis Gonzalez was on hand to sign autographs and take pictures with the first 150 people. My wife and I took the kids and had a great time. We got there about an hour before Gonzalez was scheduled to arrive and got tickets that gauranteed us an autograph. Then we collected as much Cox swag as humanly possible, let the kids play all the games and ate free hogs and ice cream before getting in line to meet Gonzalez. One of the local country radio stations was there and they came around handing out autographed Diamondbacks photos. I ended up getting Gerardo Parra. 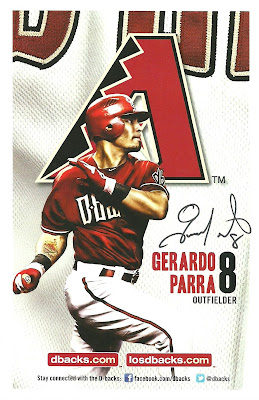 Gonzalez was really nice, as usual. I've met him a few times prior and he's always been very fan friendly. The baby (he'll be one on Monday) was really fussy when we got got up to the front of the line so my wife and he didn't join us for the picture. Someone from the Cox store took the picture and then they printed off the photo and put it in a frame and gave them out, which I thought was pretty cool. 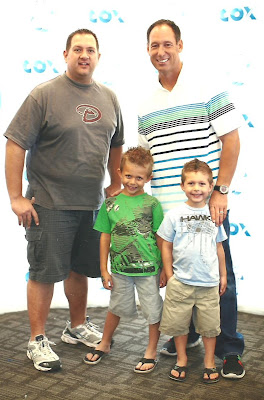 I had brought a couple of programs for him to sign, but he was wearing a dark purple jersey on the cover and I wasn't sure how the signature would turn out, so we opted for the store giveaway photos. 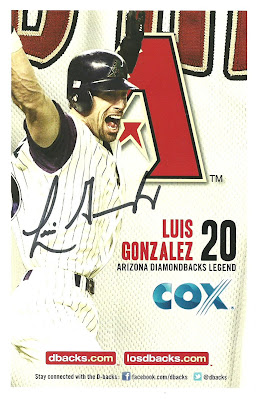 Posted by Daniel Wilson at 3:18 PM