General Motors (GM) was founded on September 16, 1908 as a holding company by William C. Durant and Charles Stewart Mott in Flint, Michigan.

There was a 9 card set that was available in pack sold for $1 only at GM dealerships. A 15 card set could be ordered from Little Debbie.

Here is the GM set. 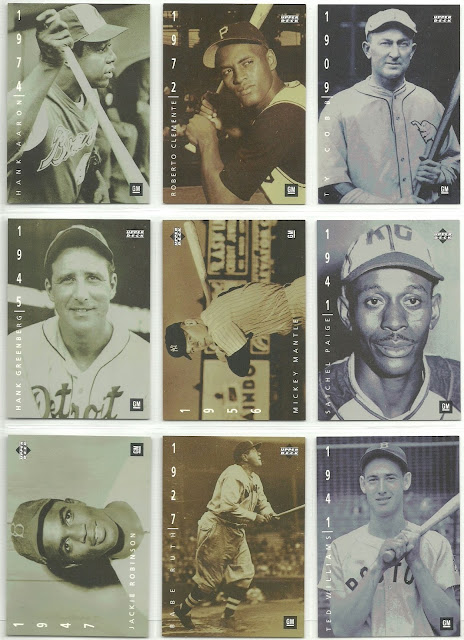 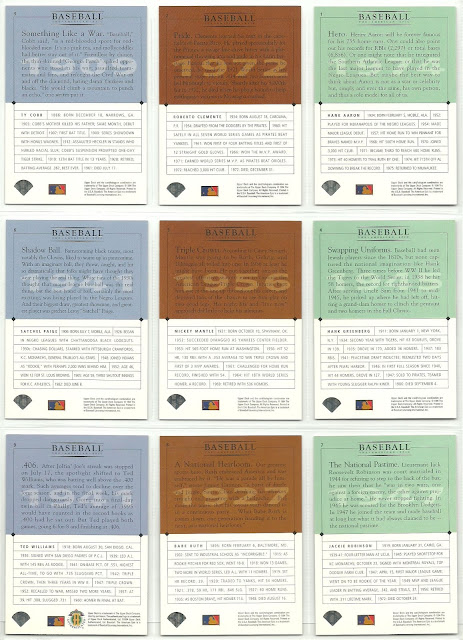 Here are my thoughts on the set.

Likes: Love that it is only 9 cards and fits nicely in a 9 card sheet. Great player selection and photo choice. Lots of information on the back.