Two different relic cards from the same base

I came across the two cards below recently at a card shop and picked them up not because I am a fan of Jason Giambi, but because I found it interesting that these base relic cards feature pieces of the same base. 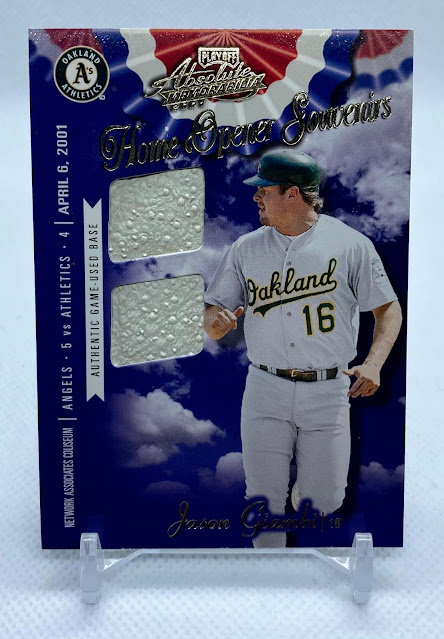 You can see that the this card features pieces of a base used in a game between the A's and the Angels on April 6, 2001. The back even features a picture of the base. This was from the A's home opener, but not from Opening Day. 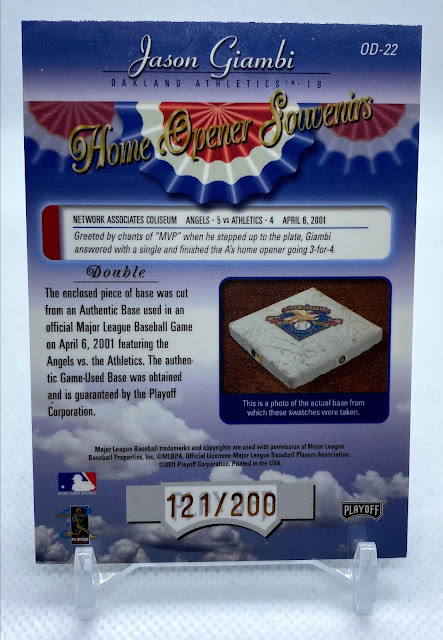 Here is a card from a different set also featuring Jason Giambi and a piece of presumably that same base from the card above. It is at least a base from the same game. April 6, 2001. Giambi had a good game, going 3 for 4 with an RBI even though the A's lost to the Angels 5-4. 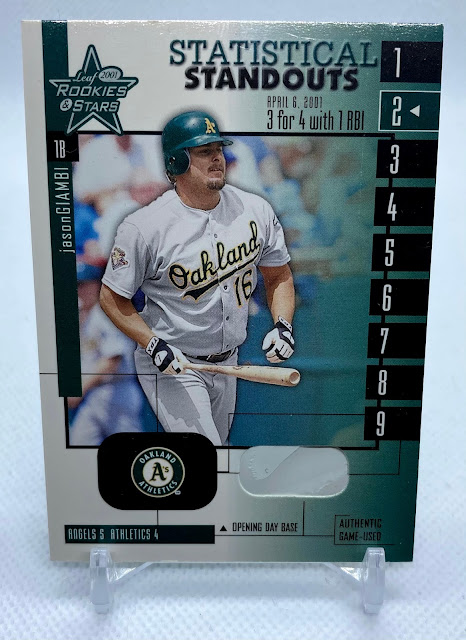 This card refers to the relic as an "Opening Day Base" even though it was not actually from Opening Day. 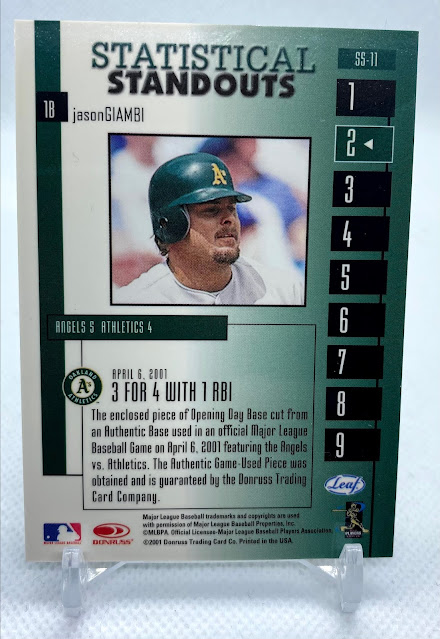 My question is how many relic cards do you think can be made from a single base? My guess is probably close to 1000. Maybe more. What do you think?
Posted by Daniel Wilson at 3:00 AM