I haven't had the best of luck this year at Fan Fests. You can read about my experience at the D-Backs Fan Fest here, although it did turn out awesome! On Wednesday, my family and I went to the Arizona Cardinals Fan Fest at University of Phoenix stadium. We got there at 5:30 pm, which is when it opened. We waited outside in line for 40 minutes before we were able to get inside. Once inside it was wall to wall people and all the autograph wristbands for the kids were gone. You could barely move. They were expecting 5,000 and got 15,000 people. We took an elevator up to the upper level and found a nice spot to watch the practice only to have security inform us that we weren't allowed up there. We ended up leaving just before they started practicing. Needless to say, I had an upset wife (she wasn't happy about waiting 40 minutes in 105 degree heat) and two very disappointed kids. On Thursday I sent the Cardinals an email about the experience and I got a response back today. They explained that because of the new collective barganing agreement they had to have Fan Fest on a weekday and they just did not expect 15,000 people to show up. They thanked me for my feedback and offered me 4 tickets to one of the Cardinals preseason games, so that was nice! 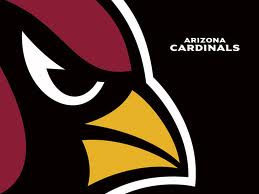 Posted by Daniel Wilson at 4:46 PM