Yesterday my oldest son had his end of the season baseball party. For those of you with kids, or if you remember when you were a kid, this usually means meeting at a crowded, noisy pizza place and overpaying for lousy pizza while the kids spend even more money on games to get worthless prizes while waiting for the coach to spend 5 minutes passing out trophies.

This time though it was different. One of the parents works for the Cincinnati Reds at the Spring Training complex here in Goodyear, AZ, so they arranged a tour for us.

The tour started in the media room that's walls were lined with some awesome photos from Reds past. 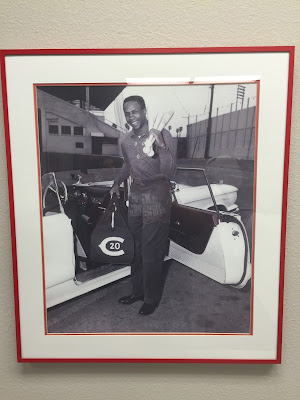 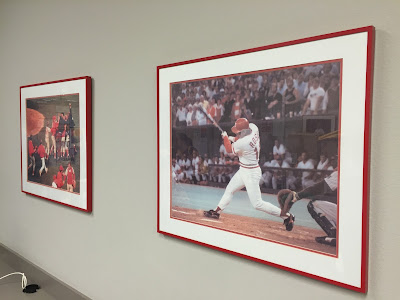 Next was a smaller interview room that was used recently for all the Reds draft picks to sign their first contract. 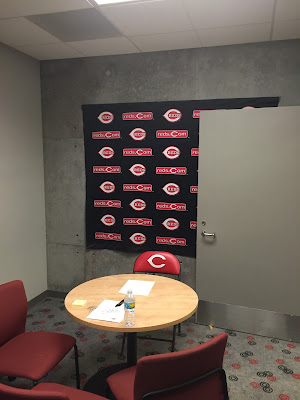 Check out the size of these dryers. 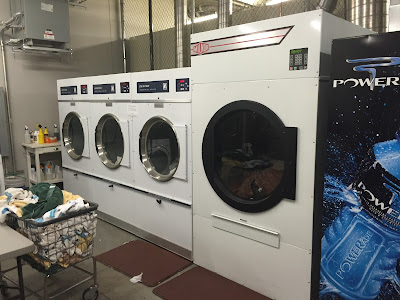 The locker room has two sides. with 4 giant televisions hanging from the ceiling. The guide said that during Spring Training they have 4 different March Madness games on at the same time. 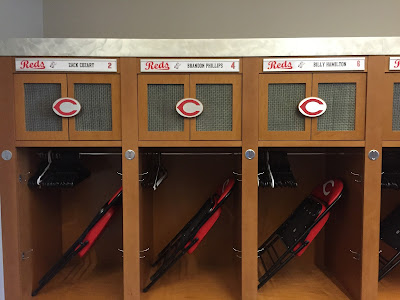 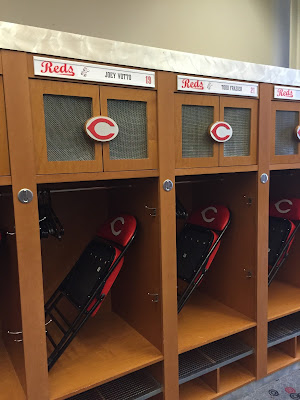 This was the trainers room, which is in between the weight room and a room with a couple of spas. 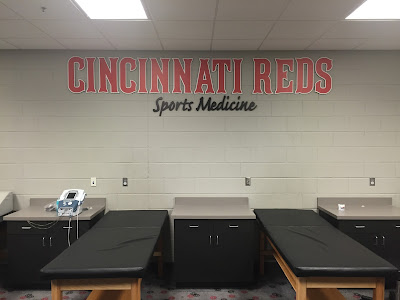 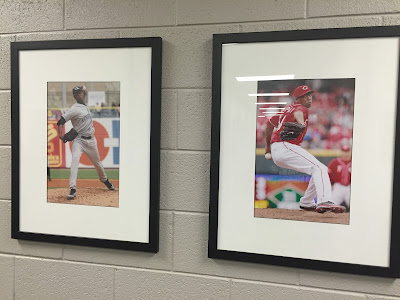 The minor league players were still in camp, so we ended up sharing the lunchroom with them and enjoyed some hamburgers, brats, mac and cheese, salad, chips, and Powerade.

The majors and minors have different dining rooms. The minor league one is a lot bigger. They get served breakfast and lunch every day. 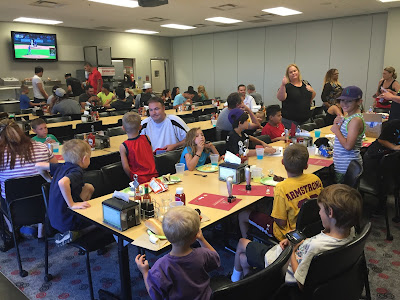 After lunch a couple of the coaches took the boys out to the batting cages and tossed them some balls to hit. My youngest didn't hit, but he had a great time! 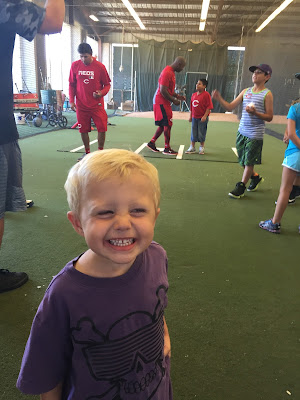 Here are my other two boys in the cage. 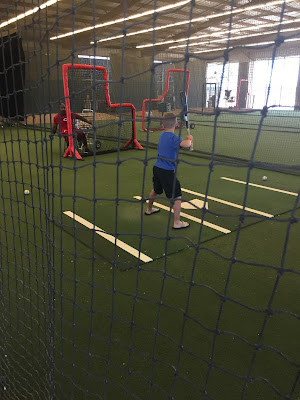 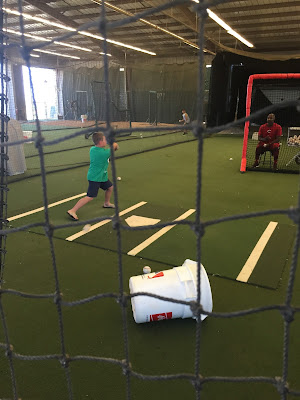 The guide took us outside for a bit and showed us some of the practice fields. While we were walking we passed a garbage can that had a bat sticking out of it...or at least part of a bat.

Never heard of Phoenix Bats before...or Gabriel Rosa for that matter. A quick Google search tells me that Gabriel was a top prospect a year or two ago but was actually just released by the Reds to make way for signing their new draft picks. 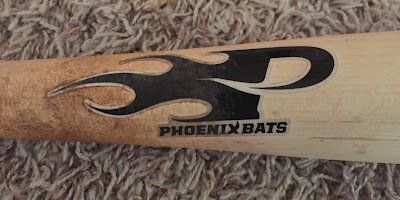