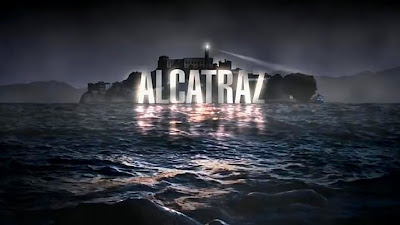 I'm a big fan of the  new Fox tv show, Alcatraz. The premise of the show is that in 1963 all the inmates and guards at Alcatraz disappeared. The government didn't know what happened so they fabricated the story that Alcatraz had to shut down because it was falling apart and all the inamates were transferred to other prisons. Over 50 years later, the inmates and guards start reappearing, only they haven't aged and don't know where they have been for half a century. These were some of the nations most dangerous criminals and they pick up where they left off before being sent to prison in the first place.

I picked up a blaster of 2012 Topps Heitage today and was pleased to find this Flashback card featuring Alcatraz. 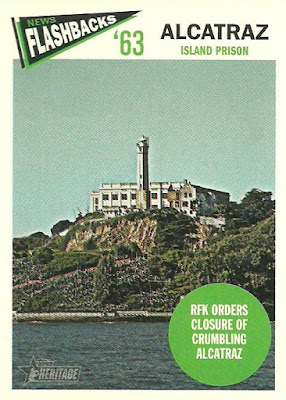 Posted by Daniel Wilson at 6:25 PM