I wasn't planning on attending a card show yesterday, but I had some time and so my youngest and I made our way to this card show in Glendale, Arizona. It's about 25 minutes away. I touted the Pokemon cards to my youngest, but he actually spent more time looking at sports cards than Pokemon cards. 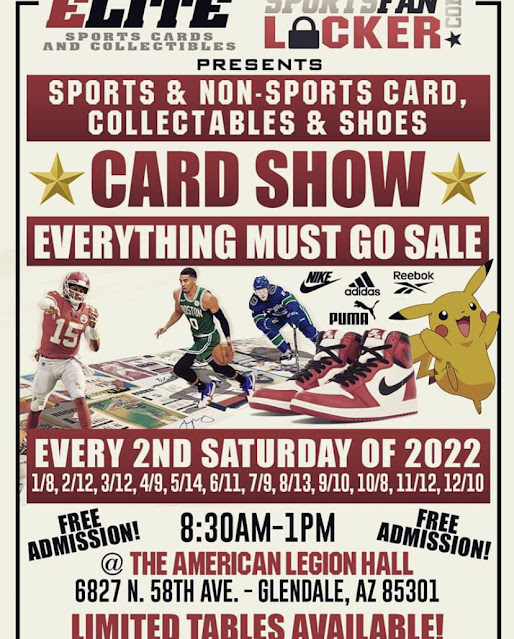 I went to this show in December. There were less dealers there this time. We got there about 10 am. It wasn't very crowded. In fact, I overheard a couple of the dealers talking about how slow the show was. We only stayed for about 30 minutes, so maybe it picked up later.
Almost everything was ultra-modern. The one dealer normally at this show with some vintage wasn't there. I seems like many of the new "dealers" are collectors who are trying to justify what they are spending. One of the dealers even mentioned to me that his wife told him he needed to clear some space. This particular dealer had a 1984 Fleer Update Kirby Puckett rookie card for $150 and a Roger Clemens from the same set for $125 that I considered, but I ultimately passed.
The dealer next to the one with the Puckett and Clemens had my son reach into a duffle bag and pick a free grab bag. It had about a dozen 1993 Leaf cards. My son opened it up and right then and there and went through each card. The best card was this Tim Salmon card. 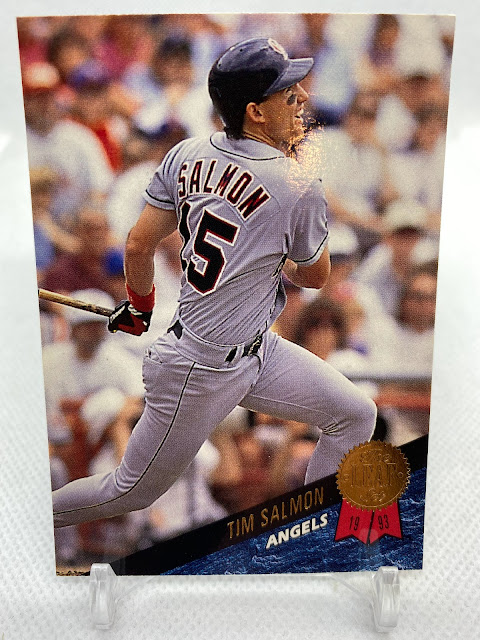 This would have been a decent card back in 1993 as Salmon would win the American League Rookie of the Year award. I have a binder for Salmon cards since he and I went to the same high school; although he graduated about a decade before I did.
We spent a few minutes looking through some cards a $1 or 6/$5 box and saw a My House basketball card. I mentioned to my son that I wanted the Devin Booker version of that card, so we set out looking for that card in a $5 box that the same dealer had. We found one and so I took it ($5) plus three $1 cards and asked the dealer if he would take $7 for it. He countered with $5 as long he (pointing to my son) gets some. Deal. I mean, they have to go to someone when I die.
Here is the Booker, 2020-21 Donruss Optic My House! insert card. 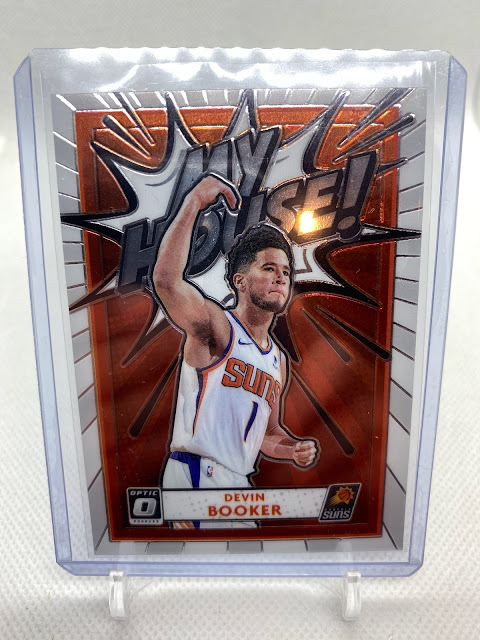 There is a story behind why I wanted this specific card. Back in 2017 Russell Westbrook was in pursuit of the single season triple-double record. He was tied with Oscar Robertson at 41, when the Oklahoma City Thunder came to Phoenix to play the Suns on April 7th with just 4 games left in the season. Westbrook got double digit points and rebounds and just needed assists to get sole possession of the record.
Some fans in the arena started cheering for Thunder player after Westbrook would pass them the ball, hoping they would witness history. Devin Booker took offense to the cheers fans cheering for the opposing team and screamed at the fans "This is my house!"
My oldest son and I were at the game. We were not cheering for Westbrook. We were cheering for Booker and the Suns. Booker scored 37 points in the Suns 120-99 victory over the Thunder.
Westbrook would end with 23 points, 12 rebounds, and 8 assists. He would break the record his next game, on April 9th against the Denver Nuggets, with just two games left in the season. 42 is still the current single season triple-double record.
I saw this card at a show a couple of months back and it caught my eye because I remembered Booker actually saying "This is my house!" at that particular game. I don't collect a lot of basketball cards, but this is a card that is meaningful to me, so I was happy to add it to my collection.
Here are the other 3 cards I got from the same dealer, that he essentially just threw in.
There were a bunch of Topps Holiday cards in the box from a couple different years. I picked up a couple since I never got any in the wild. 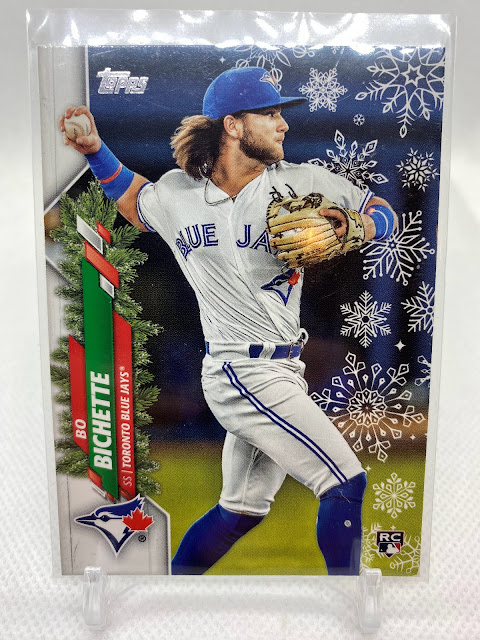 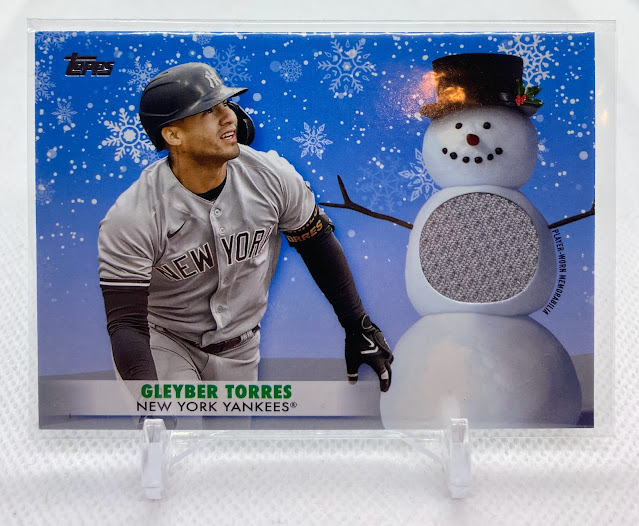 I never bought, nor will I ever probably buy any Bowman Platinum packs or boxes, so grabbing this Jazz Chisholm rookie card seemed like a good thing to do. 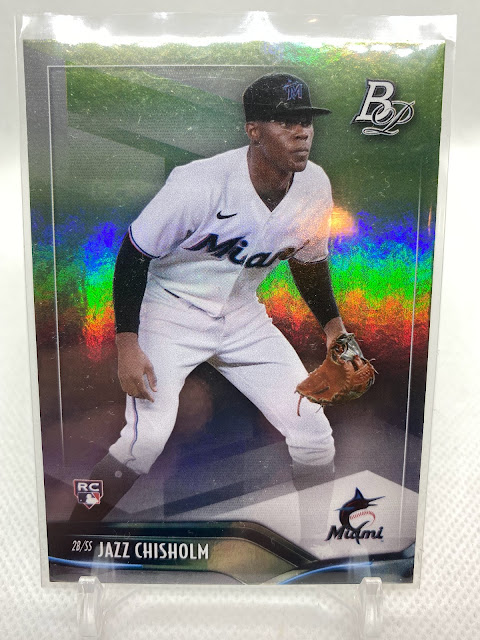 Looking back I don't even know why I grabbed these. I am supposed to be reducing the size of my collection. Adding these 4 cards means I need to get rid of at least 4 cards. Comment below with an athlete that went to your same high school, your favorite holiday tradition, the last time you built a snowman or your favorite Jazz artist and I'll pick someone, or maybe a few people, to send a PWE with some cards so that I can reduce my overall collection size.
Posted by Daniel Wilson at 4:00 AM