You can never have Too Many Goldschmidts

I don’t add very many Goldschmidt cards to my collection these days, but I still collect him and am happy to find a good Goldy that I don’t already have. So when Dennis, of the blog Too Many Verlanders reached out and asked if I needed this Goldschmidt, I was happy to see that I didn’t have it. 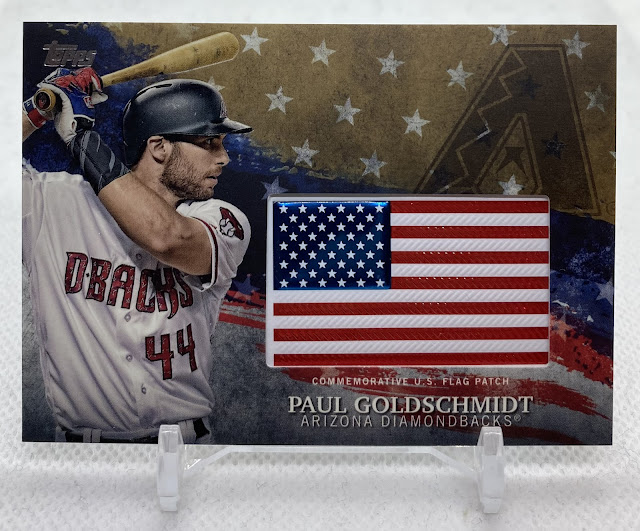 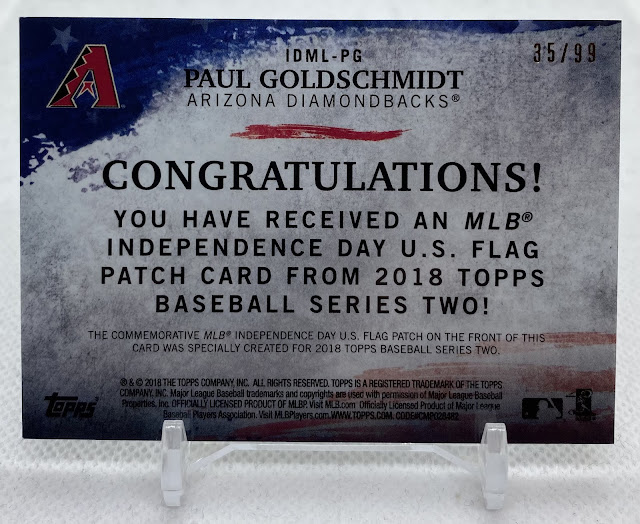 This one is numbered out of 99. I like the gold with the red and blue. I think it goes well. Plus, I’ve always liked gold colored Goldschmidt cards.
Dennis added a couple other Goldschmidt cards. Autographs of two players that I thought and hoped were going to have long, fantastic careers with the D-Backs. Unfortunately neither did. 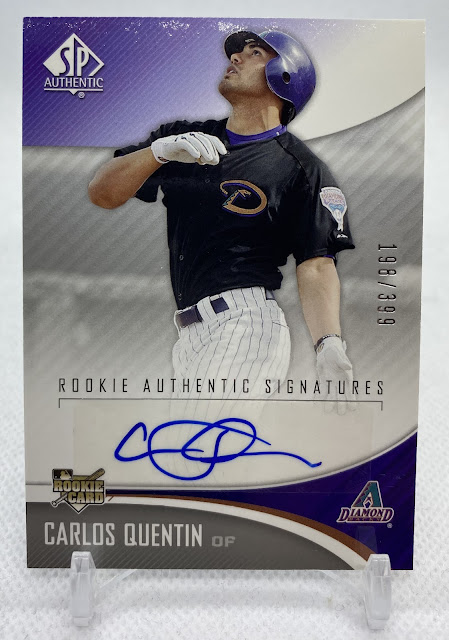 Carlos Quentin had a decent career, but his best years were with the Rockies.

Matt Davidson won a Triple A Home Run Derby and I thought he was going to be a power hitter for years (didn’t hurt that I won an autographed bat from him on Twitter), but he only played a few games with the D-Backs before getting traded to the White Sox. He showed momentary bursts of greatness, but injuries have plagued him. Looks like he is currently back in the D-Backs minor league system. 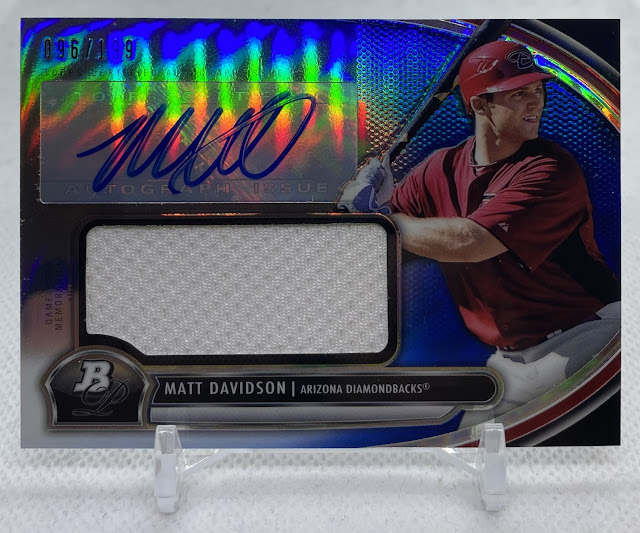 This card has some serious shine! The camera doesn’t do it justice. Thank you Dennis for some great cards!
Who are some players that you thought were going to have a fantastic career on your favorite team, but it just didn’t happen. Max Scherzer is another one that comes to my mind for the Diamondbacks.
Posted by Daniel Wilson at 9:04 PM