I've been waiting for the D-Backs to play either the Reds or the Indians in the Arizona Rookie League so that I could try to get Mark Grace's autograph. Grace is a coach with the Diamondbacks AZ Rookie League team. I already have several autographs of Mark Grace, but I had one particular card that I really wanted him to sign.

The Arizona Rookie League teams are made up mostly of players that were just drafted and other young players that are from outside the country (probably most notably the Dominican Republic). Sometime major league players will do rehab stints with the Rookie League on occasion.

I went early to the game to try and get Grace before the game started because it was just me and my one and a half year old son and I knew there was no way he'd make it through the whole game. I got my chance and had Grace sign this card. 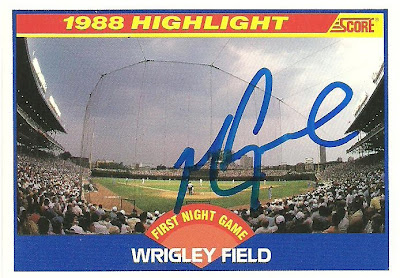 I posted earlier today about a TTM success from Mike Bielecki where I had him sign this card as well. In fact, my goal is to have all the Cubs players who played in the First Night Game at Wrigley Field to sign this card. Bielecki and Grace are my first two!

We left in the second inning because my son was getting restless. I took him home and put him to bed and then waited for to pick up my other two boys from a back to school party that they were at and then we went back to the game. I brought some cards and a couple of balls, but realized that I didn't have any ball point pens so we decided to focus on cards. It turned out though that Chavez and Bloomquist had already left by the time we returned in the 8th inning. The D-Backs ended up tying the game in the 9th and winning it in the 10th so it was a late night, but we did get another autograph from Mark Grace and we each got Miguel Montero to sign a card for us after the game. 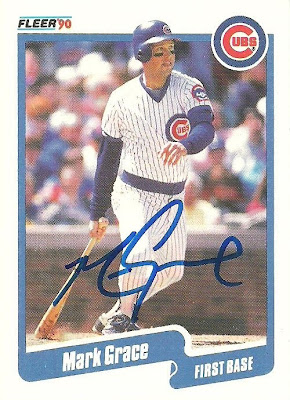 I know Montero has been injured and struggling a lot this season, but he's still one of our favorite players! 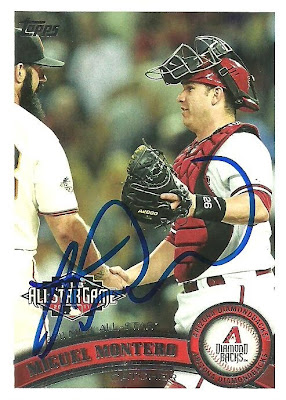 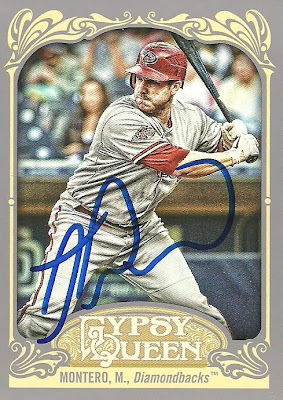 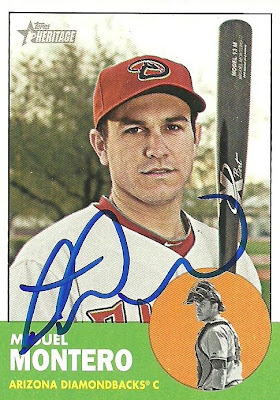 Posted by Daniel Wilson at 3:11 PM