I sent out a large stack of ttm's on 8/16 and I got my third one back from that group today from Jerry Mumphrey. Jerry signed a 1988 Fleer card and the 1989 Score card commemorating the first night game at Wrigley Field. I wonder if Jerry thought I was going to try to have the entire team sign one card and that's why he signed it so small. I also think it's somewhat strange that he and Mike Bielecki and Mark Grace all signed it in roughly the same spot. 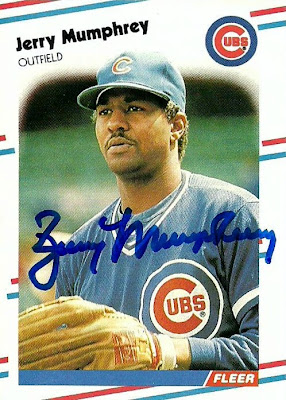 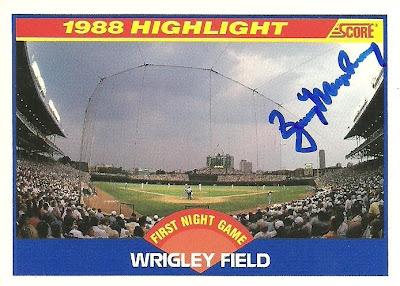 Posted by Daniel Wilson at 3:44 PM