The Arizona Diamondbacks are hosting their second annual Throwback Night next Saturday, August 31st. They will be wearing retro jersey's (Yes, I said "retro" in relation to a franchise that has only been around since 1998.) and there will be an Alumni Game afterwards featuring former D-Backs players.

In connection with the Throwback Night, Sanderson Ford hosted an event yesterday which featured two D-Backs alumni; Shea Hillenbrand and Augie Ojeda. I was made aware of the event by fellow blogger, Moe, of My 2008 Topps Set Blog. Thanks again Moe!

For some reason I thought the event was next Saturday, probably because the game is next Saturday, and so I almost missed out. I was going to plan out the next Saturday and so I pulled up Moe's email and clicked on the link to find out what time it was and then saw that it said it was on the 24th. I had a half hour to get myself and three kids ready and drive to the event. We got there a few minutes after it started and there were less than 10 people ahead of us in line. I fell really bad because I told Joe, of the blog Catching Rays, about the event, but I told him the wrong date. Sorry Joe! I've got some stuff for you to hopefully make up for it.

We meet Shea first and he was awesome. They had photos there and so he started talking to my two older boys, asking them what their names were so he could personalize the photos. He told them that he played for the Diamondbacks when they wore purple. He said he felt like Barney the dinosaur every time he had to put on the purple batting helmet. He was really nice and signed everything we brought for him.

Here is the photo that they supplied. 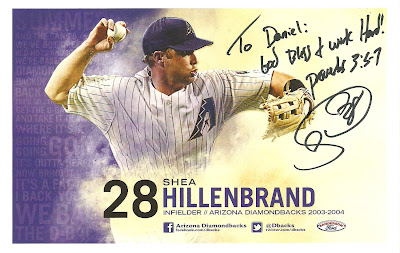 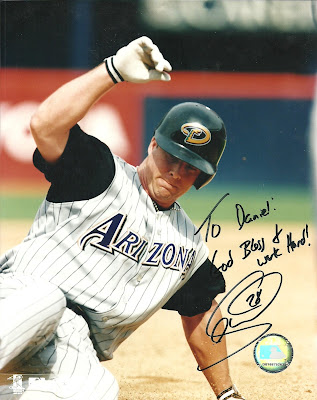 We also had him sign a "few" cards for us. I know he played for multiple teams, but I only brought cards of him as a Diamondback. 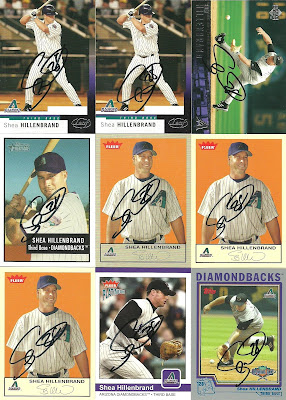 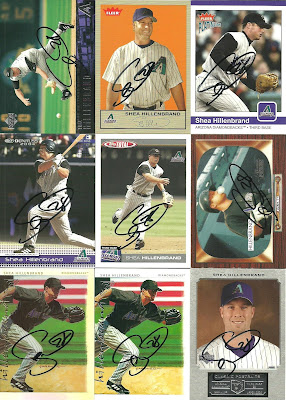 Augie Ojeda was really nice as well although he didn't really say much to us. Here is the photo that they provided. 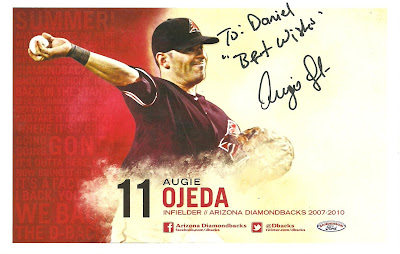 I only had one card of him. 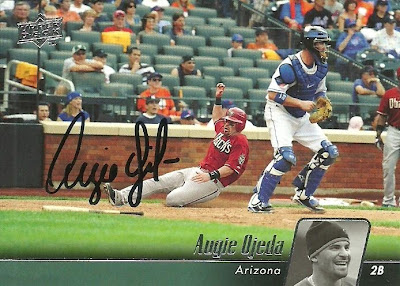 We did have him sign his bobblehead. Here's the front. 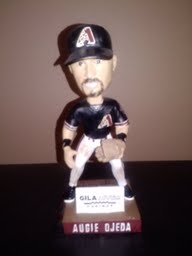 Here's the back with the signature. 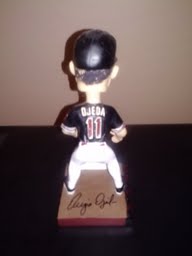