I sent five cards to Mike Bielecki on 8/16/13 and got them back signed just seven days later on 8/22/13. Bielecki pitched for five different teams during his career. All the cards I sent him were during his time with the Cubs. He was the starting pitcher for the Cubs for their first official night game at Wrigley Field on August 9, 1988. I say "official" because the first night game at Wrigley was postponed due to rain the night before. 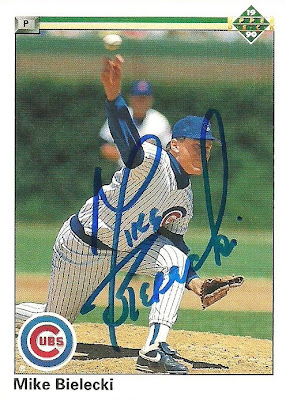 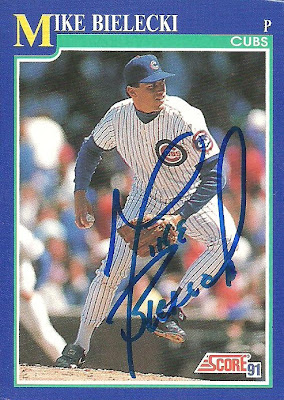 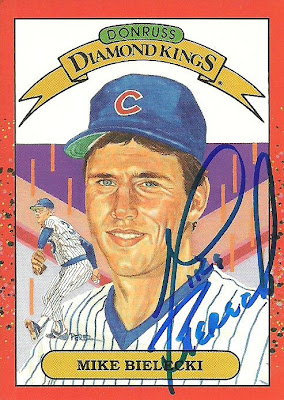 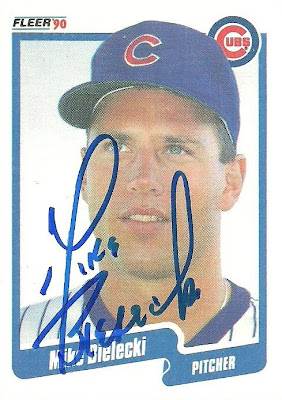 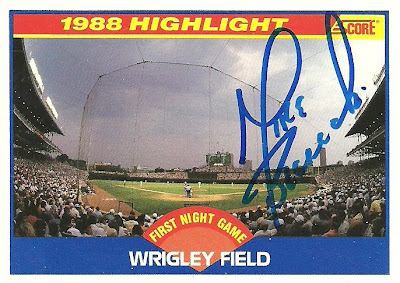 Posted by Daniel Wilson at 9:10 AM