Meet and greet with Patrick Corbin and Kevin Towers

As I was driving home from work yesterday afternoon I was listening to the Burns and Gambo show on Sports 620 KTAR. They were broadcasting from Sanderson Ford and were doing a promotion where the first 10 people to stop by and take a picture of themselves with the Big Red Rig (brand new Ford Truck covered in Arizona Cardinals logos) and then tweet the picture to Gambo would win two tickets to the D-Backs game and a meet and greet with Patrick Corbin and D-Backs General Manager Kevin Towers that night.

Sanderson Ford wasn't exactly on my way home, but it wasn't too far out of the way so I decided to give it a shot. I'll spare you the details on how my phone almost died on me, but I was able to get the picture and tweet it to win the tickets.

I took my oldest son with me. We had to be there at 4:30 pm (game started at 6:40 pm). They took the group into the room where all the D-Backs press conferences are held and we waited about 10 minutes before Jeff Munn, D-Backs radio announcer who does the pre and post game radio shows, came in and started working the crowd. A short while later Patrick Corbin came in and a few minutes later Kevin Towers came in. We had an opportunity to ask them questions. My son asked Patrick Corbin who his best friend on the team was. Patrick said that he has a lot of great teammates but he is probably closest to A.J. Polluck since they came up through the minors together and they are Fanatasy Football teammates for this upcoming season as well. My son asked Kevin Towers what is his favorite part of his job. He said it was being around the players. He said that being a former player himself, he loves being around the players and seeing all the hard work and dedication that they put in. he said that they average fan has no idea how much work the players actually put in. I asked a question to them both about any superstitions or routines that they might have. Patrick said that he didn't really have any superstitions but that on days that he pitches he likes to sleep in a little later and have a nice breakfast before heading to the park. Kevin Towers said that he never watches the 9th inning. He explained that he leaves his seat and will watch the 9th inning on in one of the offices inside the stadium. He said that in all his years with the Padres (1995 - 2009) he never saw Trevor Hoffman pitch in person, in a game.

Kevin mentioned a few things that might be interesting to people. He said that it was not public knowledge yet but that Chris Owings would be named the PCL Rookie of the Year and Player of the Year within a few days and that the D-Backs would likely reward him with a September call-up. KT was asked about highly touted pitcher Archie Bradley and if the D-Backs would call him up as well and he said that he had just heard back from someone he sent out to watch him pitch and that he is just not ready for the big leagues yet.

After the questions were done we were able to get an item signed by each of them. if you didn't have an item then they had pictures available. 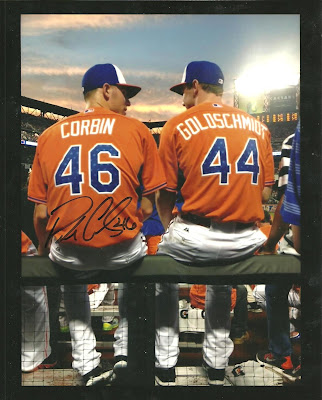 My son got one of the pictures signed. 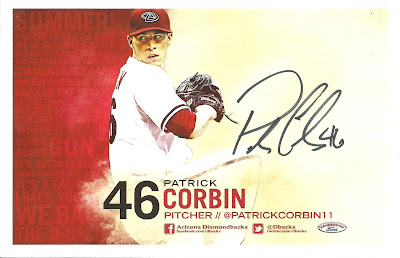 Then we each got Kevin Towers to sign a photo. 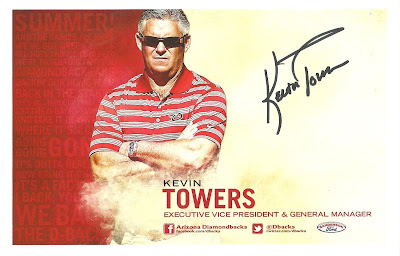 After the meet and greet session we went to the field to try to get autographs. While we were waiting a security guard came over and asked my son if he would like to be the Security Kid for the game. As such he would sit just out of play in between the visitors dugout and home plate and got out on the field with the security guard whenever the teams switched. I got to sit close by. I was actually sitting below field level in a padded folding chair for a few innings and then they moved my to the first row of actual seats for the rest of the game. My son ended up getting three baseballs. One was from the Padres catcher Nick Hundley, one was from the Padres bat boy, and they other was from the home plate umpire as they left the field after the game.

Here are a few pictures. 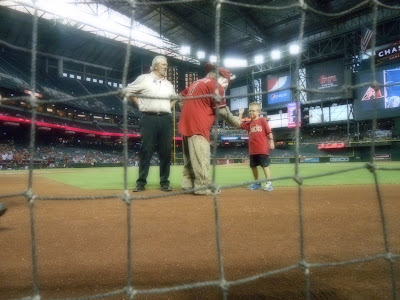 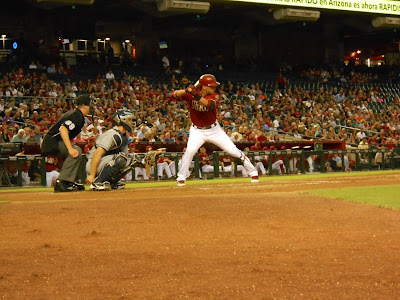 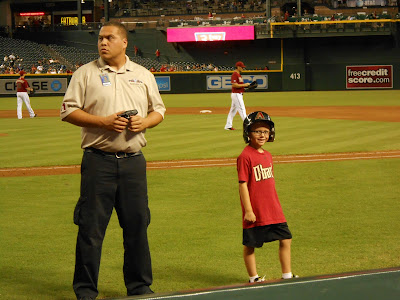 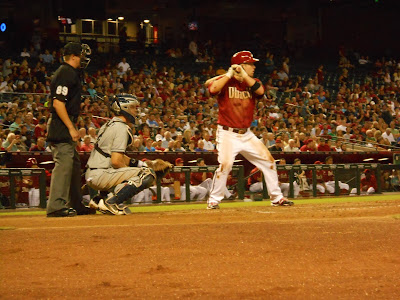 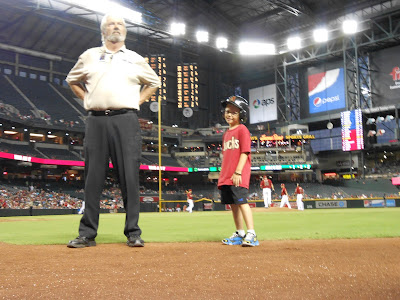