$20 for a Reggie Jackson Rookie Card? Let me get that in writing!

Yesterday I mentioned that I purchased the Jim Palmer rookie card along with another Hall of Fame rookie card for $40 shipped. Here is the other card. 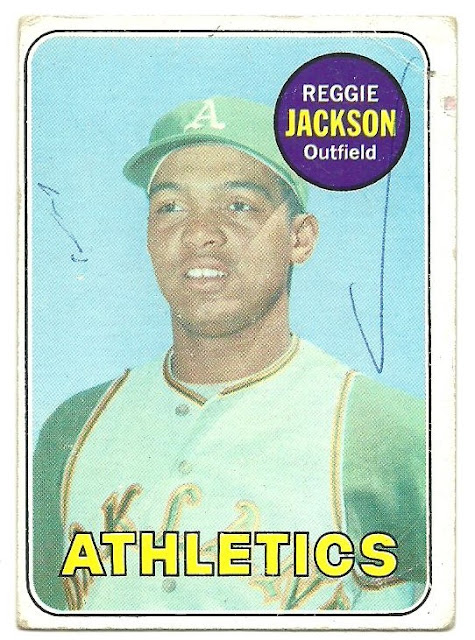 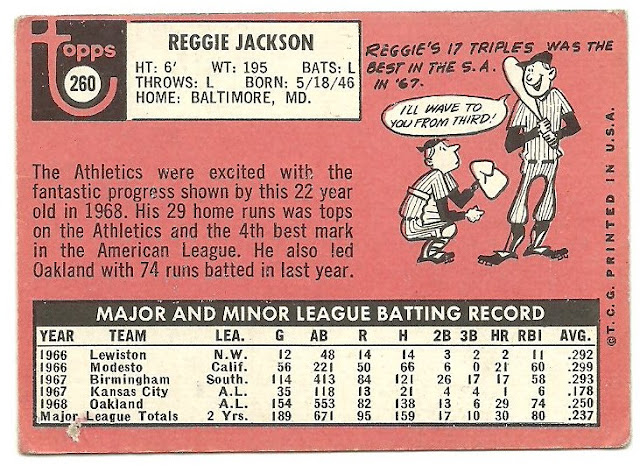 Initially the seller was asking $30 for this card and $20 for the Palmer. Like I said, I offered him $40 for the pair and he accepted. He messaged me though, making sure that I had seen the ink on the Jackson card. I responded "Ink. What ink?" But then I quickly let him know that I was aware.

I know the condition is a deal breaker for many collectors, but for me it adds character and made it something I could afford. I'd actually been looking into purchasing this card on ebay a few weeks before and was prepared to spend up to $100, so to get it for $20 was awesome. If I had spend $100, it would have been in much better shape, but I was able to get this card and the Jim Palmer card for less than half of what I was thinking about spending.

This was a card that as a kid, I dreamed about having, but never thought I'd own it. Much like the Aaron RC and the Bench RC that I now have in my possession. So there you have it folks. Never stop dreaming!

Have you been able to add any cards to your collection that your 12 year old self never dreamed you'd be able to afford?
Posted by Daniel Wilson at 4:00 AM