In my opinion, 1992 Stadium Club took a step backwards after a stellar 1991 inaugural set. The 1992 set is nice, it just wasn't as good as the 1991 set, again, in my opinion. The photography was still good, but it wasn't ground breaking anymore. Topps also took the set to the extreme by issuing 3 Series with 300 cards each for the biggest set Topps would ever produce up to that point and for several more years, with a whopping 900 cards.

The collection that I purchased off Facebook Marketplace had probably about 350 cards representing all three series. I was able to find 9 cards from each series to fill a page in a binder. I tossed the rest as they had a lot of condition issues. 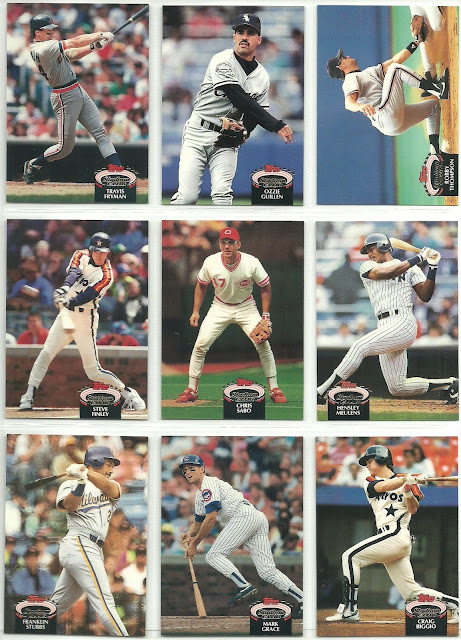 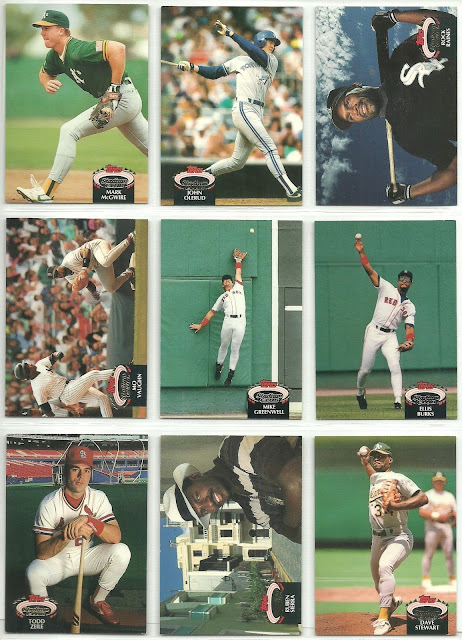 Series III (I had to include the checklist, which is card #900) 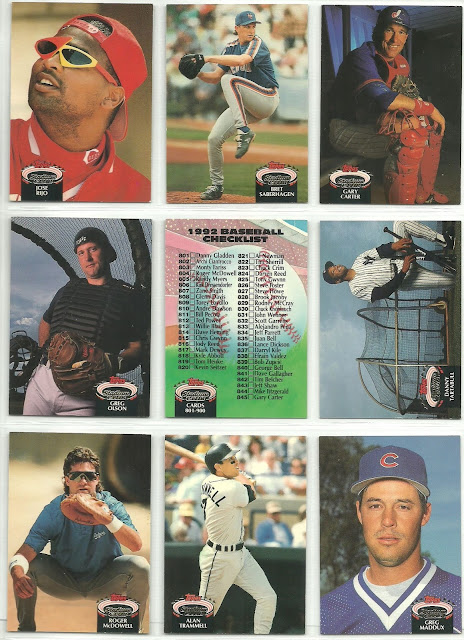