The last three vintage cards I showcased were from a Facebook group, but they weren't from the same guy that I've been buying most of my vintage cards from.

Here's a card from that seller. 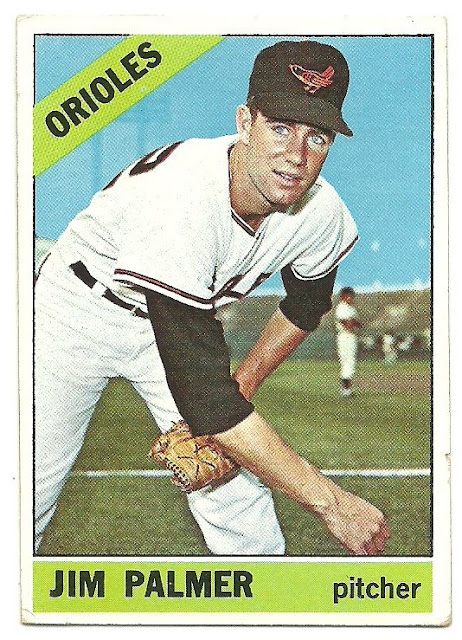 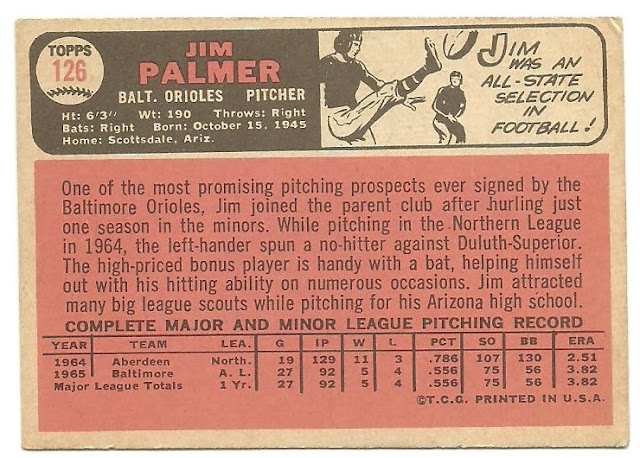 Teammates called him Cakes because he would eat pancakes before every game he pitched.

I paired this with another Hall of Fame rookie card and got him to do them both for $40 shipped, so this set me back $20. Not bad for an 8 time 20 game winner.

Hard to believe that the Orioles left him unprotected in the 1968 expansion draft. Even harder to believe that neither the Kansas City Royals or the Seattle Pilots didn't take him. He was in the minors recovering from an injury in 1968, but still. Palmer would go 16-4 in 1969 and then win at least 20 games a year for 8 of the next 9 seasons.

Palmer was adopted as a baby and then his adoptive father passed away and his adoptive mother remarried, Max Palmer. This is where Jim got his last name from. Max was a 7'7" actor and professional wrestler turned pastor/evangelist. So even at 6'3", Jim's father had almost a foot and a half on him.

How about you, could you eat pancakes every 4-5 days?
Posted by Daniel Wilson at 4:00 AM