Were you a member of the Stadium Club?

Because I have no interest, for the most part, in football cards at this time, I will probably sell these sets for cheap. I'm going to assign them a value of $10 total for the three sets.

But this guy was not done in 1991 just yet. He also became a member of the Stadium Club. Included in the collection were actually two Charter Member sets. Well...almost two complete sets. One of them is missing the David Justice card. 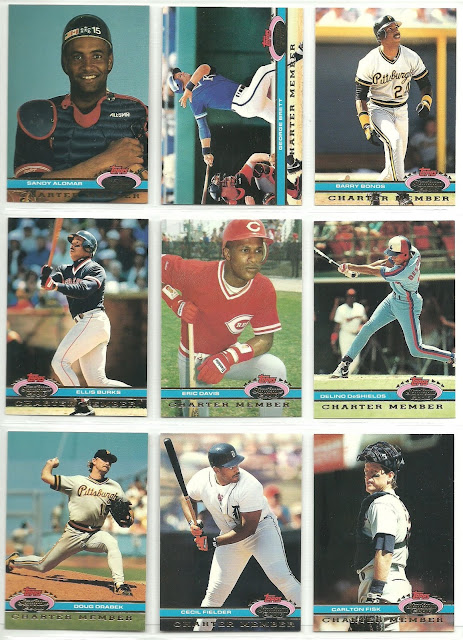 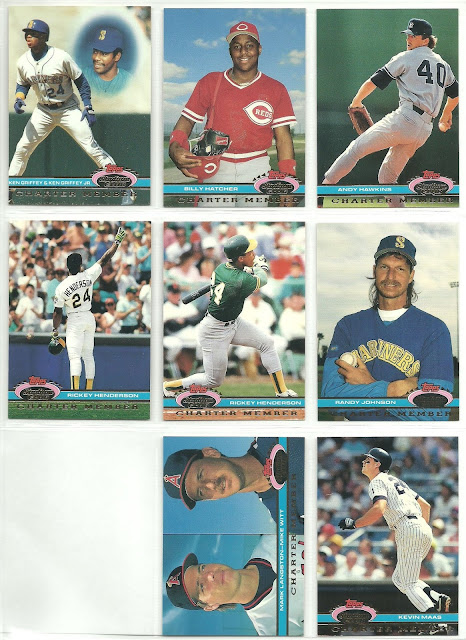 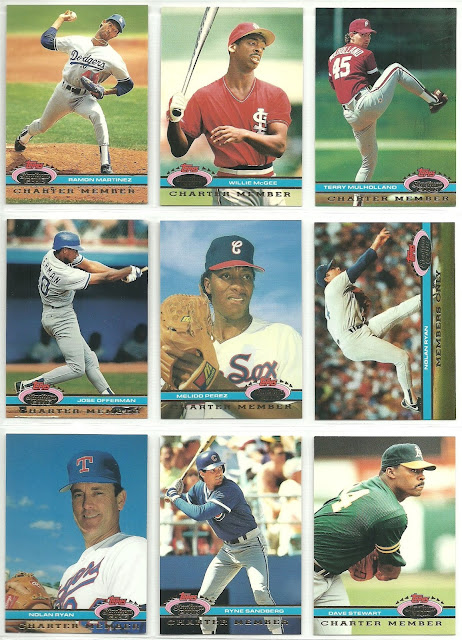 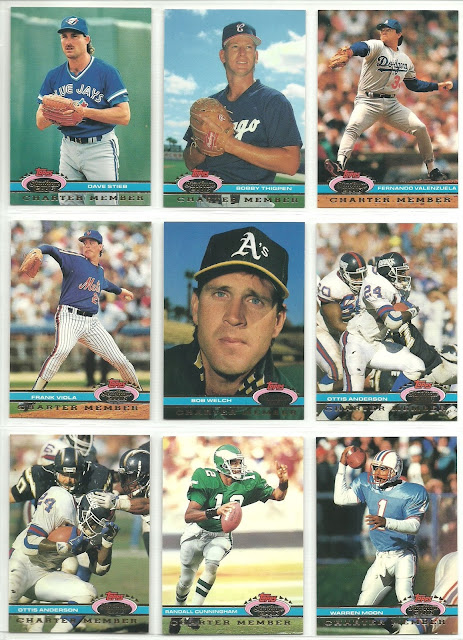 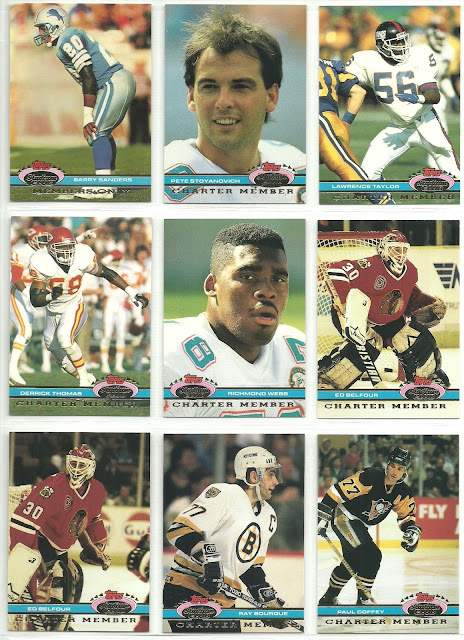 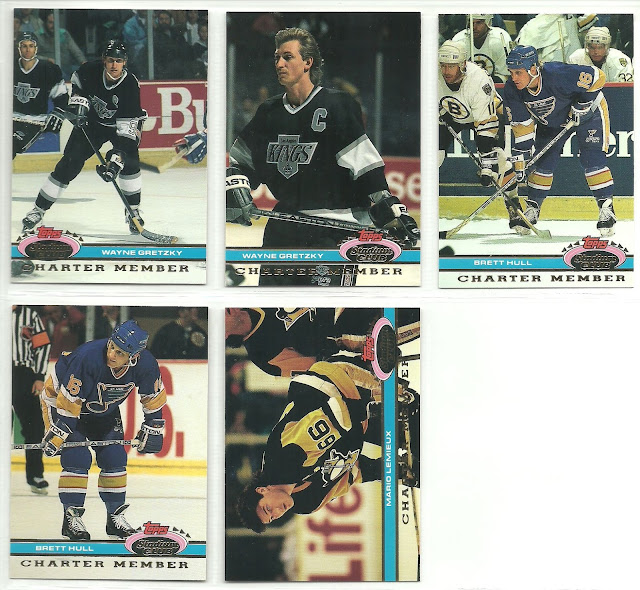 One of the sets came in the original box with the bronze Nolan Ryan medallion and Stadium Club key chain. Also included in the collection was a complete set of Members Only cards from 1991. 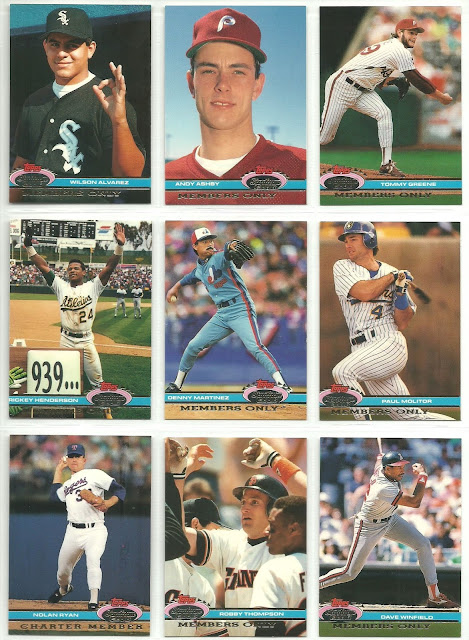 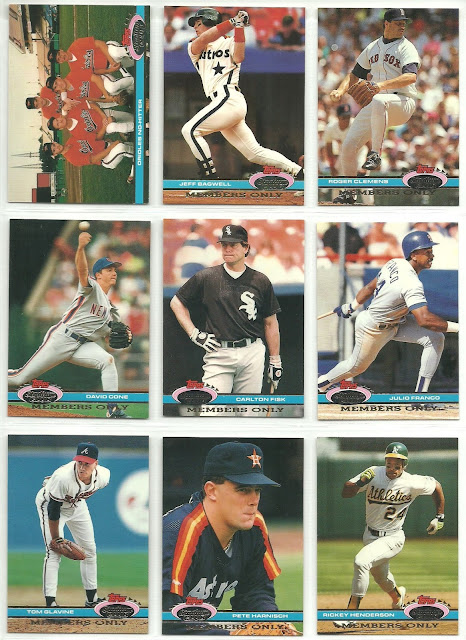 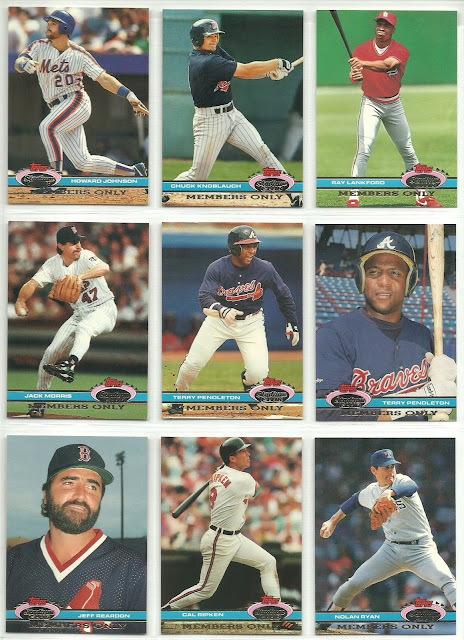 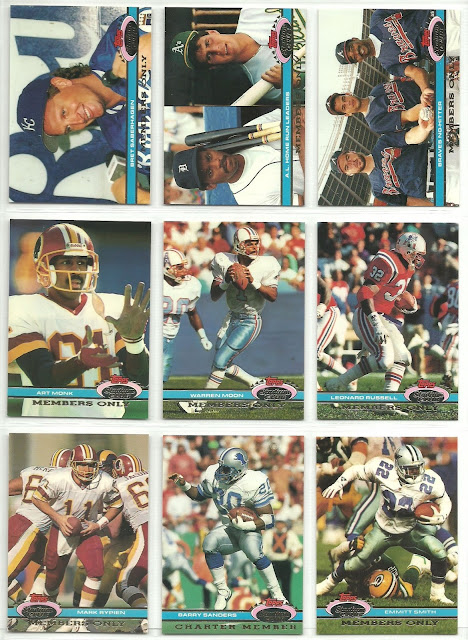 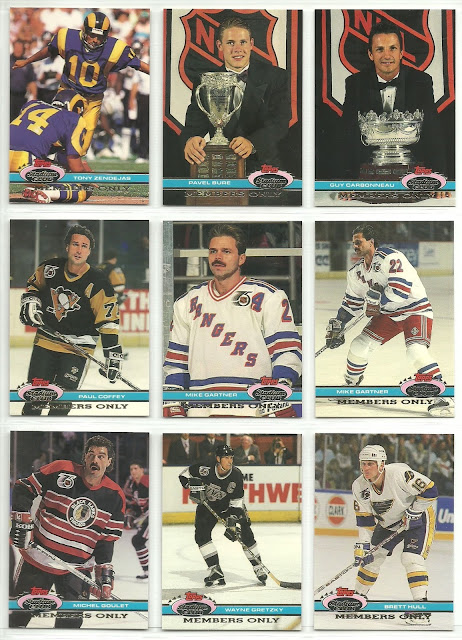 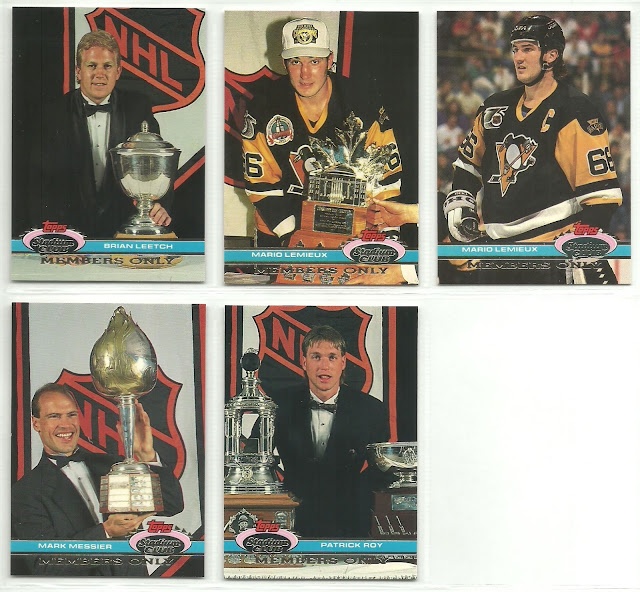 Posted by Daniel Wilson at 9:52 AM