Can you see it?

When it comes to Hall of Fame rookie cards, there are some pretty iconic cards for collectors. I would list the 1954 Hank Aaron, 1968 Nolan Ryan, and the 1969 Reggie Jackson card among them, at least for me. Notice I didn't mention the 1952 Topps Mantle, because that's not his rookie card. There are others for sure, but there are just some cards that I think most collectors out there can picture in their mind immediately when it's mentioned. Then there are others that are a bit more obscure. 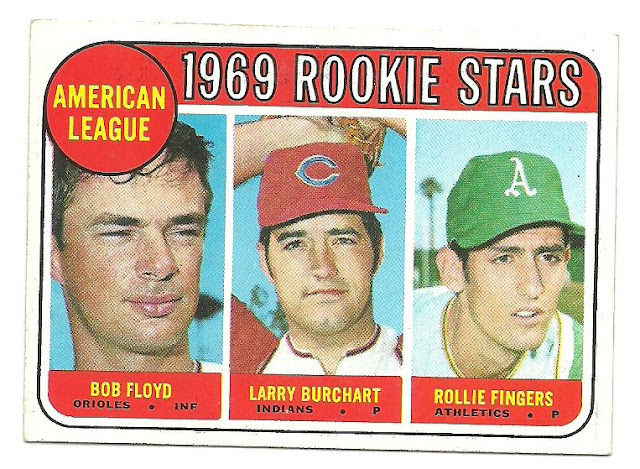 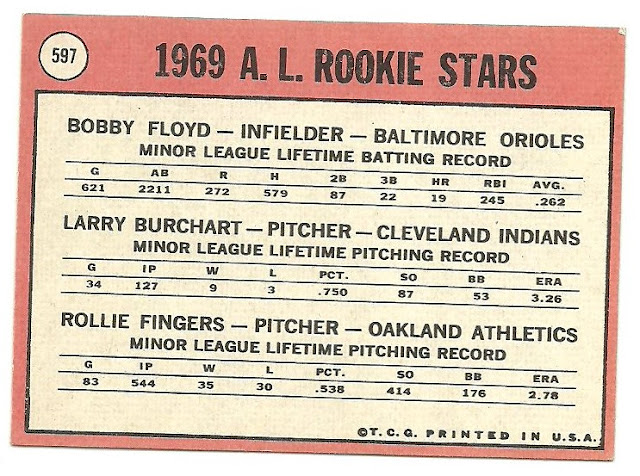 I had to double check to make sure this was Rollie's actual rookie card. It is. A young, clean shaven Rollie Fingers graced this card. I met Rollie once at the 2011 All-Star Fan Fest and the photo I had of him was mustache free. I asked him if he would draw on his signature handlebar mustache and he adamantly declined.

What are some of the more iconic rookie cards for you?
Posted by Daniel Wilson at 4:00 AM