Insert cards have been around for a long time, but really took off in the late 80's and then exploded in the 90's. Multiple manufacturers led to increased innovation when it came to cards in general and specifically insert sets.
The mid 90's are full of great insert sets. I admit that some of my infinity for them is probably due to nostalgia. I would buy packs as a kid and occasionally pull an insert card or two from any given set, but the idea of completing an insert set was foreign to me for many years.
When I come across insert cards in dime boxes, especially from the 90's, that I like I will grab them. This past weekend I went to a card show and picked up a bunch of cards from a 15/$1 box. It was a dime box, but if you bought 10 then you got 5 free, so 15/$1. 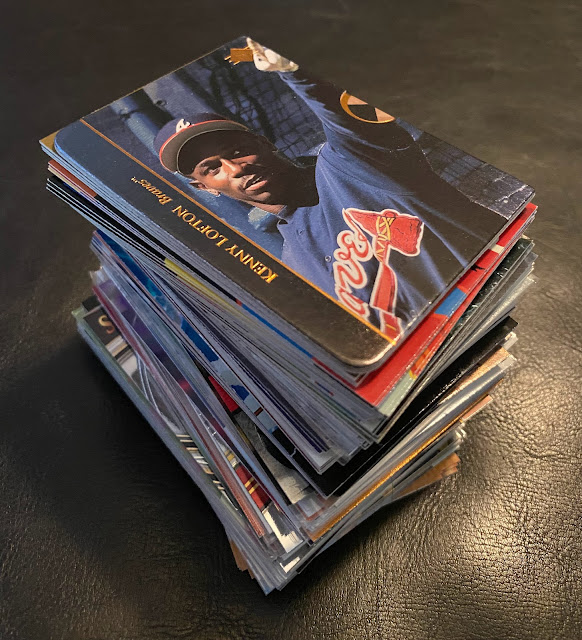 Lots of great 90's inserts and some modern as well.
Take a look at some stacks of those 90's inserts. 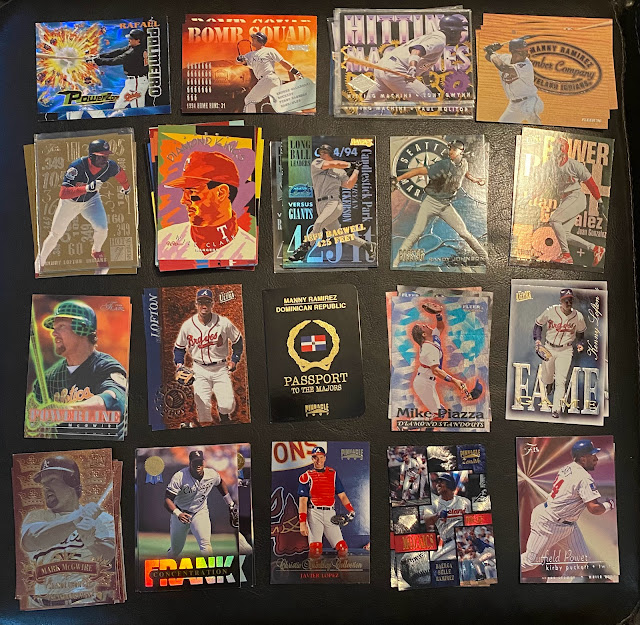 I was trying to go through the 3200 count box quickly so I ended up with some dups. The dups are now part of the prize package for my contest. Click here and enter the contest.
I like all of these inserts, that's why I bought them, but here is a more detailed look at a couple of my favorites. 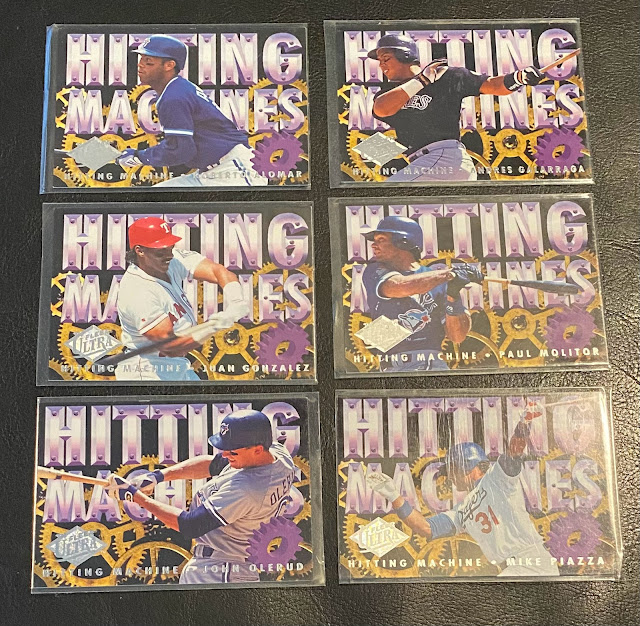 I like the 1994 (above) better than the 1995 (below). There weren't any Hitting Machines inserts beyond 1995. Those are die-cut and get pretty pricey. 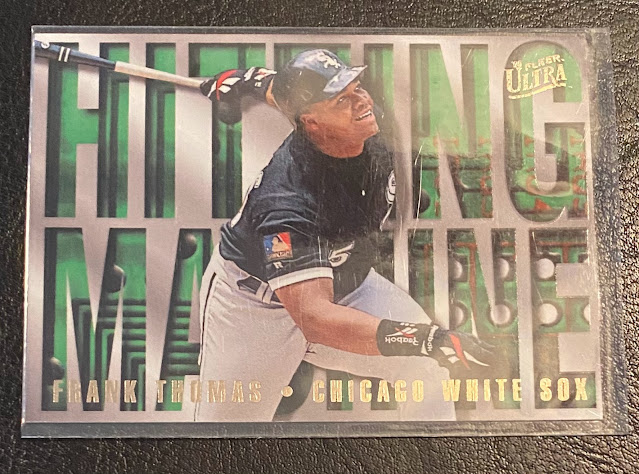 These 1995 Donruss Bomb Squad card are awesome! Love the detail of having the exact number of little bombs as home runs they hit. 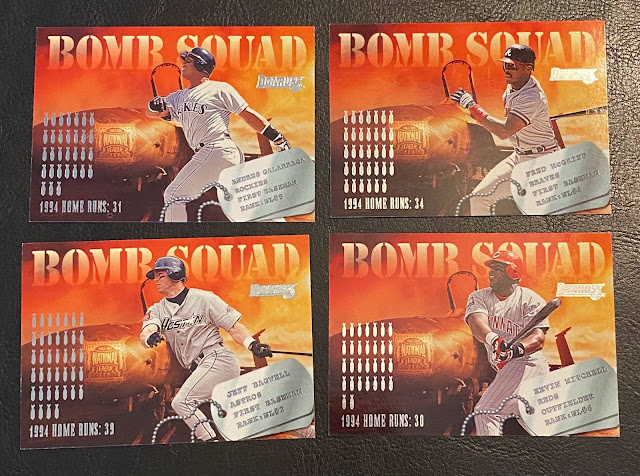