I recently purchased 3 packs of 2008 Upper Deck Timeline at the Dollar Tree store for $3. I had not previously purchased any Timeline, as I am just getting back into the hobby this year. For 3 bucks I was pleasently surprized. I liked the simple design and I also got some good players.I recently purchased 2 packs of Topps Heritage High Numbers at Target for $2.99 each. I wasn't impressed and I would have rather gotten 6 more packs of Timelines from the dollar store for the same price.

Jake Peavy, Brandon Webb and John Smoltz - These 3 came out of the same pack. 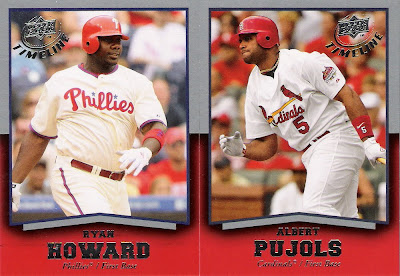 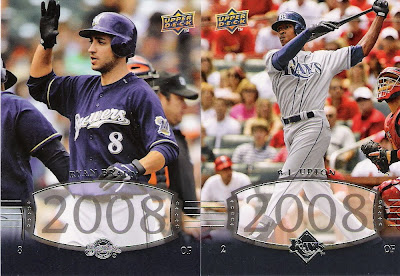 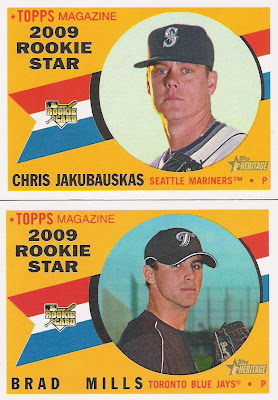 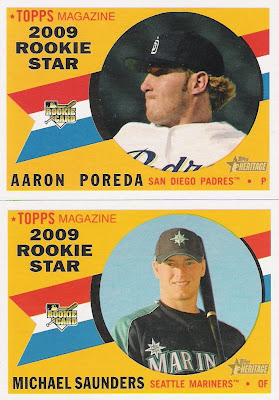 Brooks Robinson and David Wright - Then and Now insert 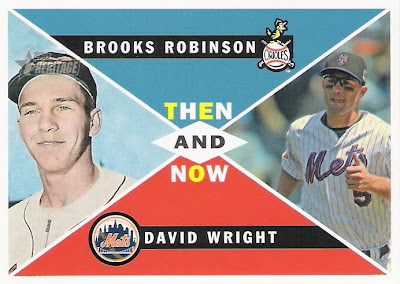