My kids first packs... and the rest of the blaster

I have two boys, one is almost 2 and the other is 3 and a half years old. I wanted to get them each their first pack of baseball cards this year for Christmas. During one of our many holiday related trips to Wal-Mart I spotted a 2008 Uper Deck X blaster for 40% off and decided to pick it up and put a pack in each of their stockings. Well, that left eight extra packs. So, first I will detail each of my boys packs and then I will show what remained in the left over eight packs.

Albert Pujols - This card was on top. Not a bad start to a collection. This was actually just one of many Pujols cards from this blaster. 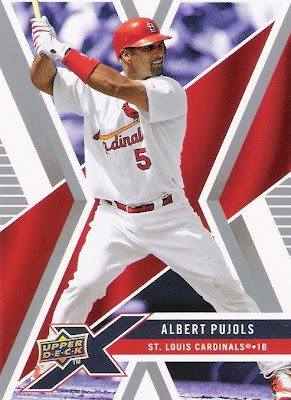 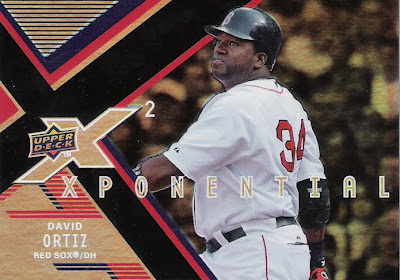 Derek Jeter - This card was on top. Also not a bad start to a collection. 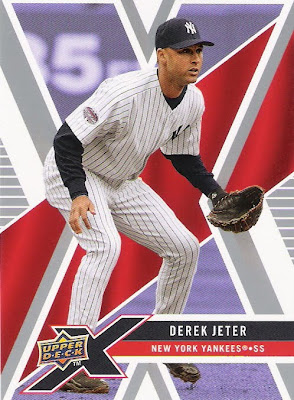 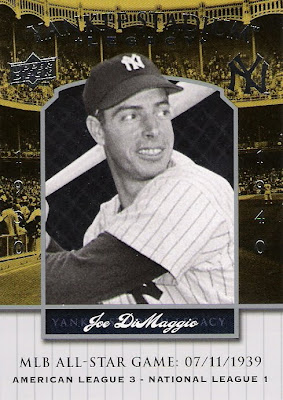 Now onto the rest of the blaster.

I mentioned that the blaster contained a few other Pujols cards. XPONENTIAL 2, XPONENTIAL 3 and Gold Die Cut 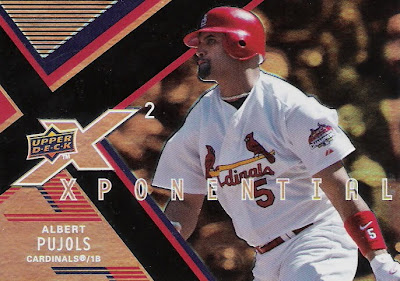 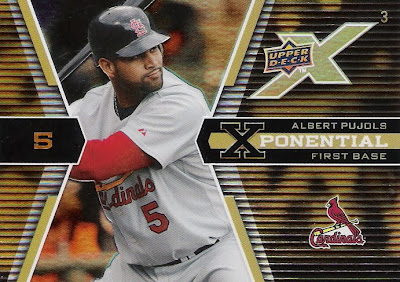 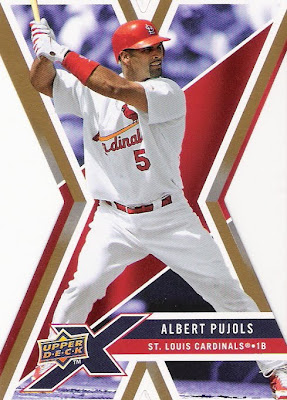 I got two other Yankee Stadium Legacy cards. Well, one other one and another Joe DiMaggio. 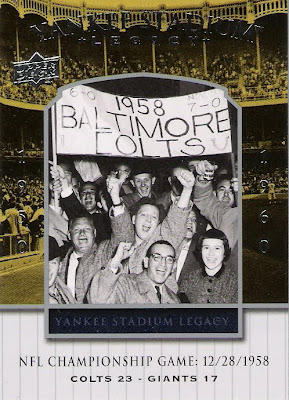 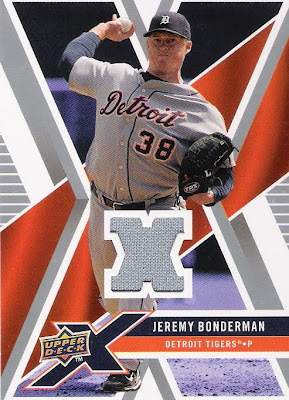 Posted by Daniel Wilson at 6:39 AM