Anyone ever had a "Reggie" bar?

I know that the Reggie Jackson inspired "Reggie" candy bar first appeared in the late 1970's. In 1993, to commemorate his induction into the Baseball Hall of Fame, Clark (Candy Company) and Upper Deck teamed up to reissue the "Reggie" candy bar. This time each candy bar came with a Reggie Jackson Upper Deck baseball card. There were 3 different cards in the set, 2 of Jackson in New York (minus the Yankee logo) and 1 with Oakland (minus the A's logo).

I remember my Dad buying a big box of the "Reggie" bars at Sam's Club (or whatever it was called in 1993)  so I have 5 sets (4 extra) of the Reggie Jackson candy bar cards, plus a few other single cards. If anyone is interested in a set, let me know. First come, first serve. Just send me some D-Backs cards in return. Thanks! 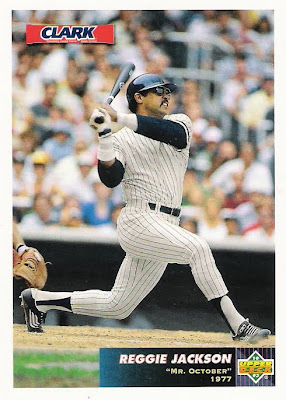 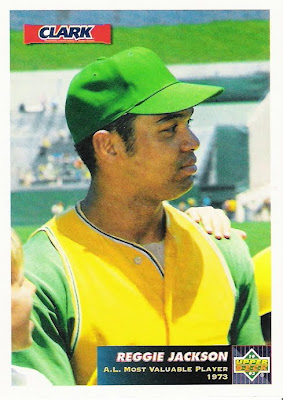 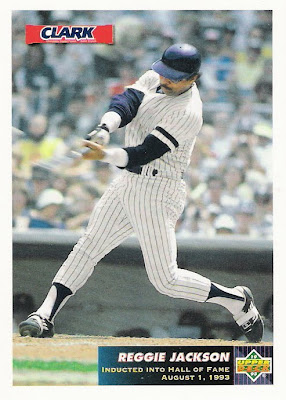