About a month ago Wicked Ortega of the blog My Past Time ....... I Love It!! asked if anyone would be insterested in trading cards for MacFarlane figures that he had. I emailed and told him that I was interested in the Randy Johnson and we worked out a trade. I sent him a stack of Manny Ramirez and David Ortiz cards and he sent me the Randy Johnson figure pictured below. He also sent me a few D-Backs cards and I am going to show you a few of my favorites. Thanks Alfredo!

The pictures don't do this justice. It is awesome! I have a few other MacFarlane figures, but this is my first of Randy Johnson. 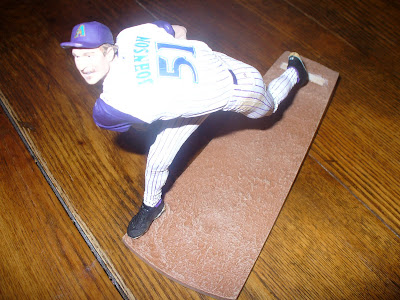 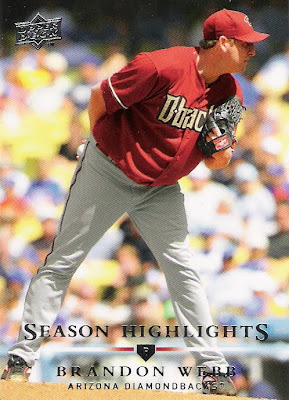 2008 Upper Deck Dan Haren - I really like the photos that Upper Deck used for the 2008 set. Here is a good one of Haren pitching in Tucson during Spring Training. 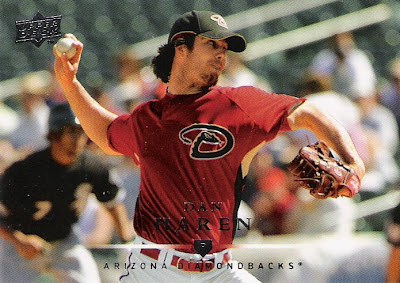 2008 Upper Deck Justin Upton - Great action shot! I love it when you get to see the entire player on the card. I love the green grass as a background. 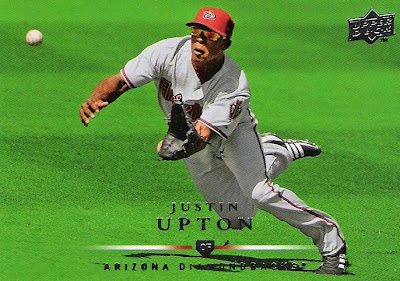 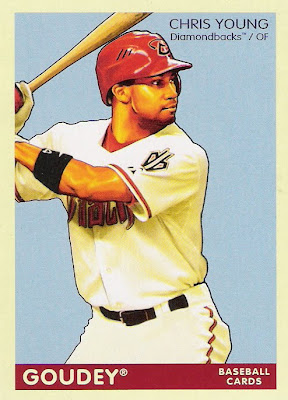 Posted by Daniel Wilson at 1:21 PM