Dave Philley of the Phillies

I came across this 1958 Topps card of Dave Philley in a dime box recently. I tweeted about it and referred to it as a 1959 Topps card. My bad. To be honest, before coming across this card in the dime box, I wasn't familiar with Dave Philley. I bought it because his last name is Philley and he plays for the Phillies. 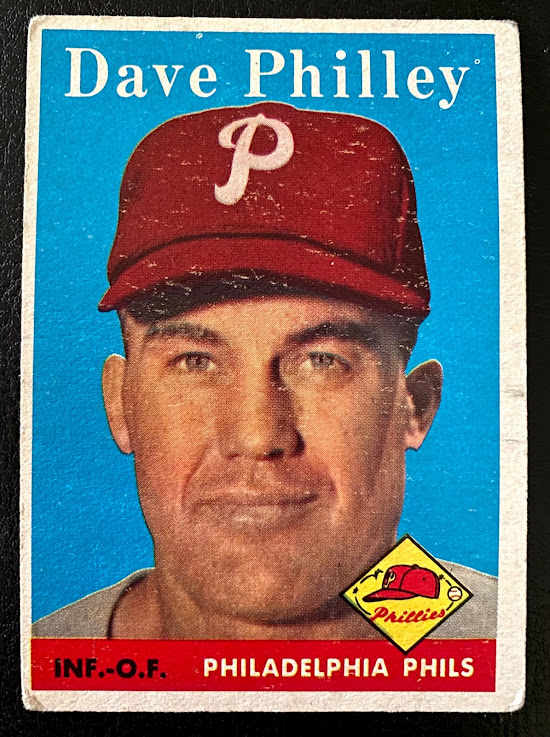 The back of his card also mentions this pinch hitting prowess regarding his performance in the 1957 season. 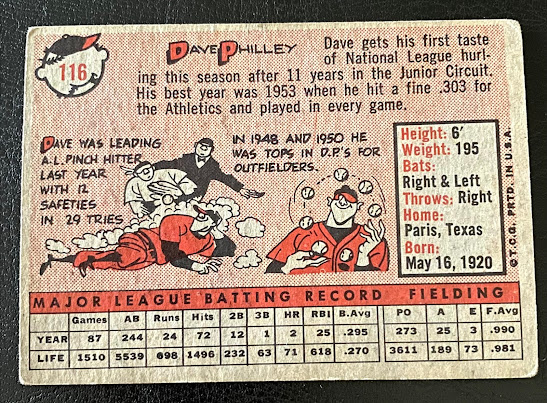