I went to a card shop the other day and I browsed for a while before deciding on one particular card. I paid for the card and turned around and saw a "discount" bin that I had been looking through earlier. I had looked through this bin earlier and had set a side a few things that weren't priced because I wanted to ask for a price. So I grabbed the three items I had set aside and took them to the counter to ask for pricing. One of the items had a price, but the other two did not.
The one that was priced was a 2018 National Baseball Card Day set, or so I thought. It was marked at $2 and then was supposed to be 25% off. As you will see it ended up being one card short. I wasn't expecting it to have the two bonus cards (Aaron Judge and Rhys Hoskins), but card #6 (Jose Altuve) was also missing from the set. I'll have to track that down.
I'm not sure what I was doing back on August 11, 2018, but it doesn't appear that I went to the card shop because I don't think I had any 2018 National Baseball Card Day cards. Well now I do. 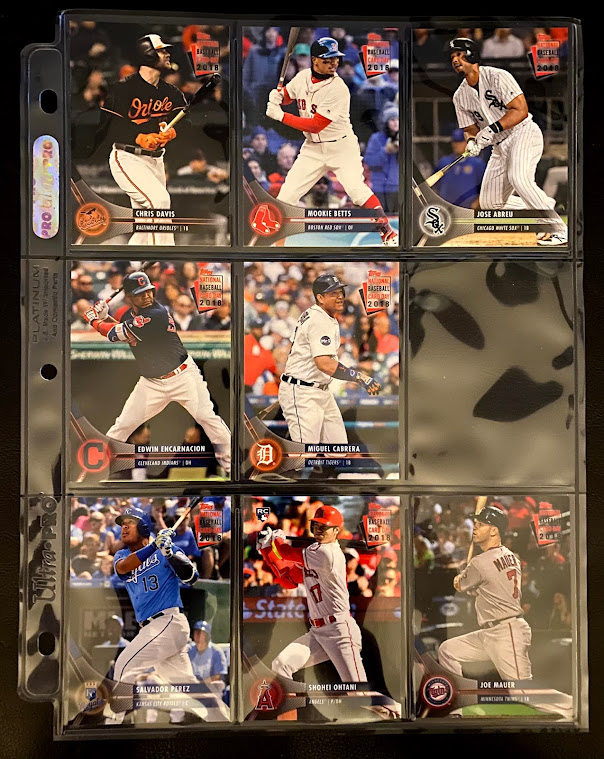 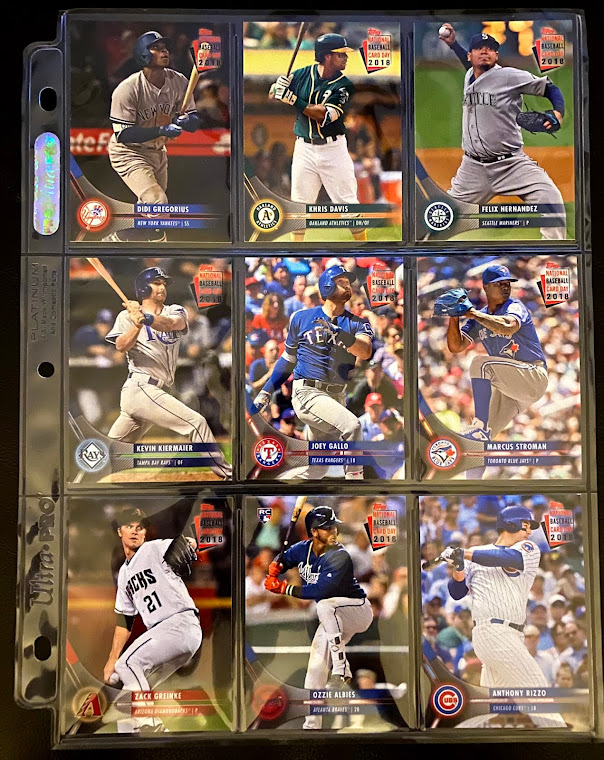 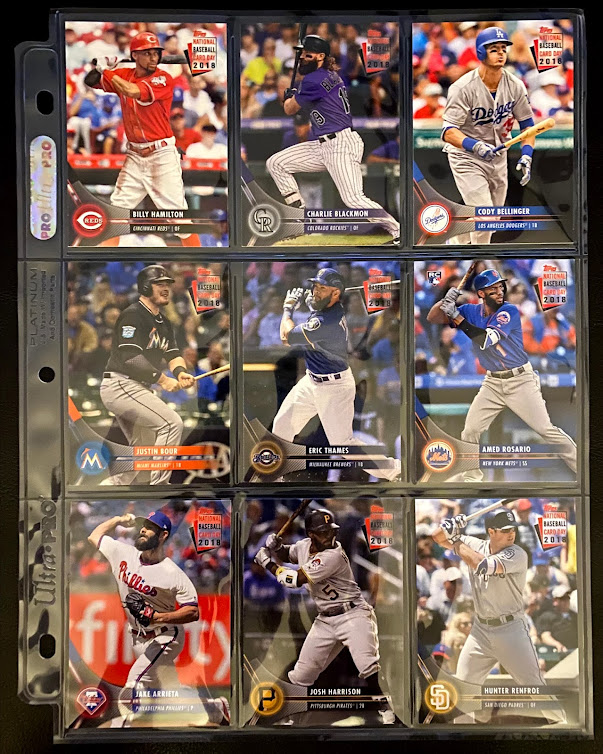 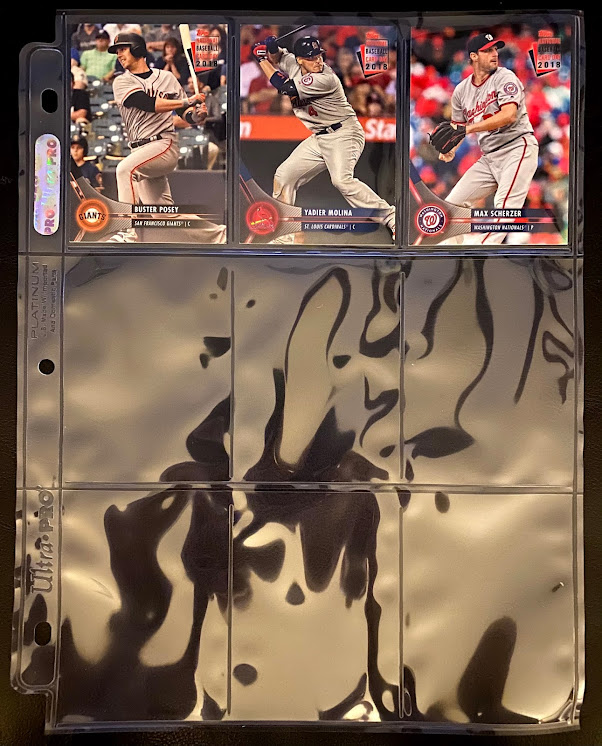 Do you collect the National Baseball Card Day sets? Do you have the Jose Altuve available for trade?
Posted by Daniel Wilson at 2:00 AM